There But For the Grace of God

Loyal Knight Lawrence King emailed me the other day to tell me about a group of Dur-O-Lite pencils he had found: 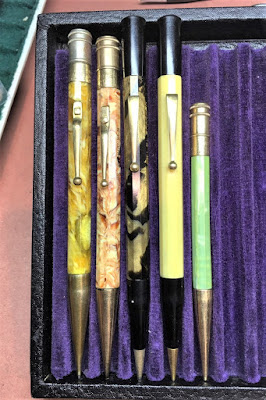 This is an impressive array of early models, starting with the red and white swirled example, which has the bolted on clip and short nose indicative of first year production, in 1926-1927: 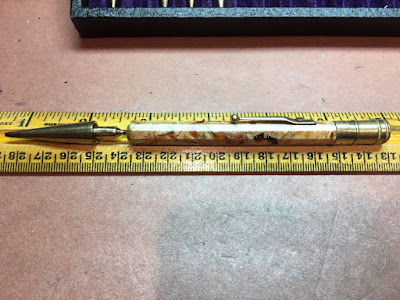 In addition, the cream/yellow example has an unusual bushing connecting the top end of the barrel to the cap, a feature that I haven’t seen on these.  Note also the different milling at the nose end of the barrel: 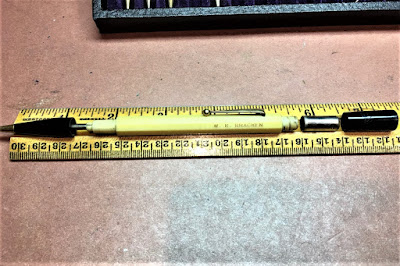 What’s interesting to me, and what caught Lawrence’s attention, was the name on the barrel.  Lawrence owns a copy of A Century of Autopoint, and he’s used it: 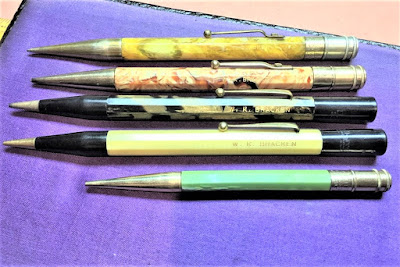 All these Dur-O-Lites are imprinted with the name “W.K. Bracken”: 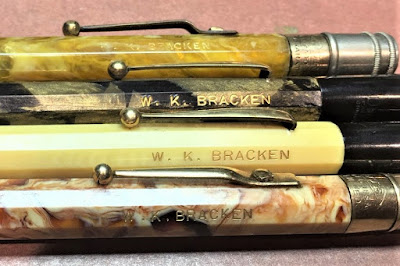 Chapter One of A Century of Autopoint documents the early life of Charles Keeran, inventor of the Eversharp and later of the Autopoint (the original one that went defunct in 1922; Keeran had a hand in some improvements to the Autopoint that survives today).  Prior to getting into pencils, Keeran cut his teeth as an inventor in the food canning industry – his first endeavor, The Illinois Pickle Company, was incorporated by Charles Keeran, Julius K. Funk (a wealthy local businessman and real estate investor), and local Bloomington lawyer . . . William K. Bracken. 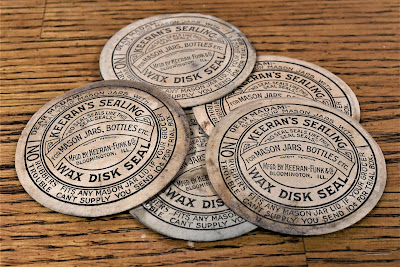 But when Keeran’s most familiar fruit jar innovation was introduced, the White Crown Fruit Jar which should have secured Keeran’s fame and fortune for life, things took a bad turn for Keeran: 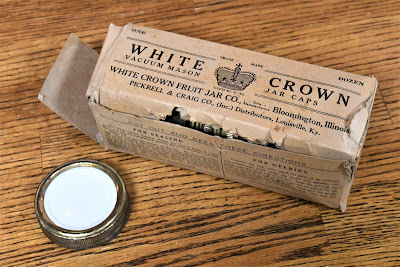 Julius Funk apparently decided he no longer had need for Keeran (a theme that would recur throughout Keeran’s life, attracting wealthy investors who would later profit from his inventions).   Funk, Bracken and a few others set up a separate White Crown Fruit Jar Company in August, 1913, and it was that abandonment which left Keeran to think for the first time about inventing a new pencil – his patent application for the Eversharp was filed in October, 1913.

Keeran never held Bracken’s association with Funk against him, and he likely couldn’t – Bracken was related to the Funks by marriage (his wife was Grace Funk Bracken), and where family went, so went the Bloomington lawyer.   When Keeran established the Eversharp Pencil Company in 1914, William K. Bracken was again one of its incorporators, in addition to being a shareholder and director.

After Keeran was ousted from Eversharp in 1917, he set up Autopoint Pencil Company . . . and was ousted from it in around April, 1921, landing at the new Realite Pencil Company.  Realite then gobbled up Autopoint in 1923, and Keeran was made the new Autopoint’s president – and then he got ousted from Autopoint a second time, in 1924.  In Chapter 7 of the book, I’ve traced Keeran’s career after Autopoint – he landed, for a time and apparently as an independent contractor – at Dur-O-Lite during its early days.  In fact, after he registered a trade name “Keen Point” in 1927, he had Dur-O-Lite make pencils for him marked with that name: 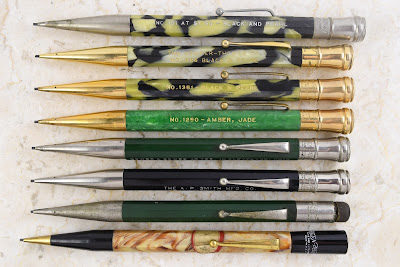 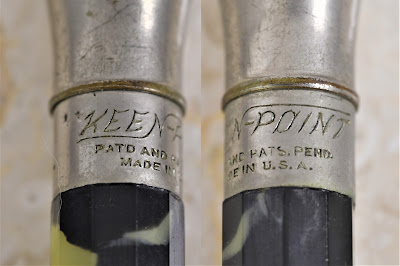 It’s no surprise, given Bracken’s long association with Charles Keeran, that Bracken would have the inside track on some early Dur-O-Lite products, and Lawrence’s little collection of these bearing the Bloomington lawyer’s name fits beautifully into the Keeran/Eversharp/Autopoint story.

William Bracken had a long and distinguished legal career in Bloomington, regularly speaking later in life to his Rotary Club about his collecting passions, including harmonicas and Abraham Lincoln memorabilia.  An account written after his death reported that he even built an addition onto his home on Chestnut Street to house his Lincolniana.

Bracken passed away on December 10, 1947, and a brief death notice was published on December 14 in the Bloomington Pantagraph, in the pages of which he had appeared countless times, described only as “Bloomington lawyer and widely known collector of Lincoln lore”: 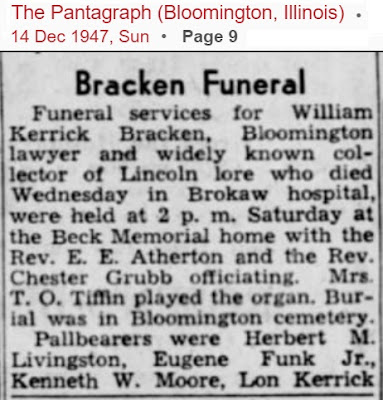 In faraway Brookville, Indiana, notice of Bracken’s death appeared on December 18, 1947.  Passing mention is made of his law practice, but not even his obsession with Lincoln made it into  print there – his passing was noted only because he had “assisted with the publication” of the Brookville Democrat fifty years earlier, in the 1890s. 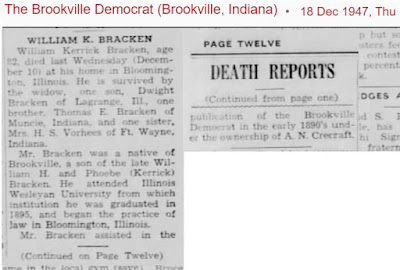 A shiver just went up my spine.  There but for the grace of God – I started my career as a journalist before I became a lawyer, before I developed an unhealthy obsession for mechanical pencils – and whatever I’ve managed to accomplish as a lawyer will likely be eclipsed by this weird little habit.

Sigh.  Guess I’d better at least go get my name stamped on some pencils.