Chuck Cohen had this inconspicuous hunk of metal on his table at the Philadelphia Show in January: 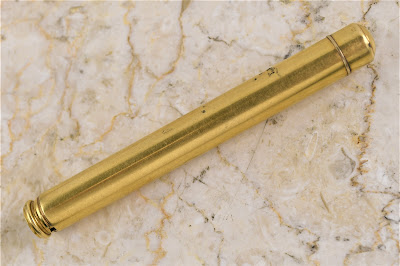 We both knew what it was, so it was an easy sell – there’s a lot more going on here than meets the eye: 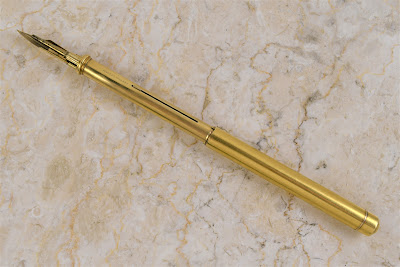 The front end pulls out to reveal sliders on either side of the extension tube, one for a dip pen nib and the other for a pencil.  The nib in this one may or may not be right . . . 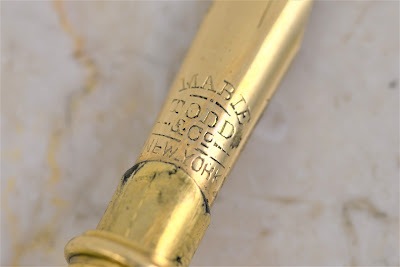 Mabie, Todd & Co. was headed by John Mabie, who had previously worked with, and eventually became partners with, John Rauch – one of America’s earliest pen and pencil makers.  Mabie sort of “retired” for health reasons from Rauch’s firm in 1851, but Mabie was back in New York by late 1852 to form a new partnership with Alexander Johnston, then John Knapp (see ).

Why is the John Mabie connection relevant?  Because of what is very faintly imprinted on either side of the barrel: 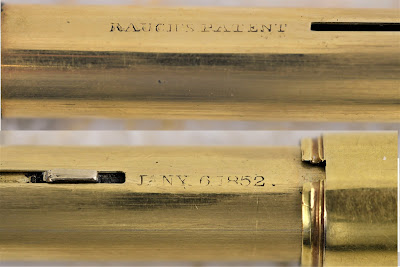 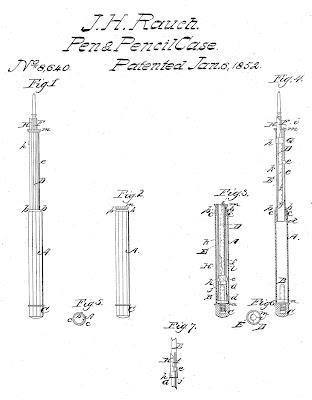 There’s an important nuance in this imprint: it’s “Rauch’s Patent,” so it doesn’t necessarily mean it was made by or sold by John H. Rauch.  Maybe it was, maybe it was licensed for production by someone else.  Or should I say, “Mabie” it was licensed for production by someone else, because the two remained at least friendly in later years . . . there’s a lot of crossover between Mabie Todd products and Rauch products.  Suffice to say that if this didn’t have a Rauch nib, I would still consider it perfectly correct with one bearing a Mabie Todd imprint.

This was the second example of an 1852 Rauch patent I had found and truth be told, I had to get it because I want to see how it measured up to the other one in my collection . . . literally.  As you’ve probably gathered from the title of this article, my other 1852 Rauch is a ringtop, but if you were expecting a dainty little ladies’ version of this combo, I’m sorry to disappoint . . . 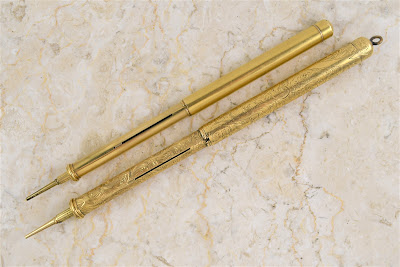 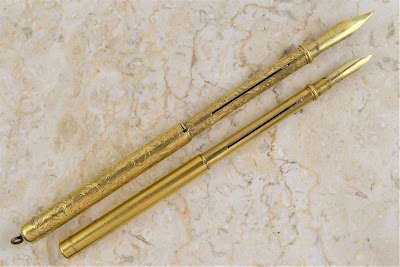 She’s bigger, she’s heavier and while she sports neither a Rauch nor a Mabie Todd nib, the one that’s in it is a substantial bit of hardware: 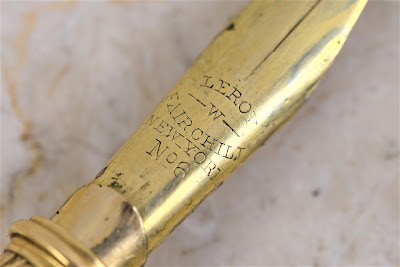 That Fairchild Number 6 nib will get some attention when you whip that thing out!   Every square millimeter of this is hand engraved as exquisitely as a presentation pistol: 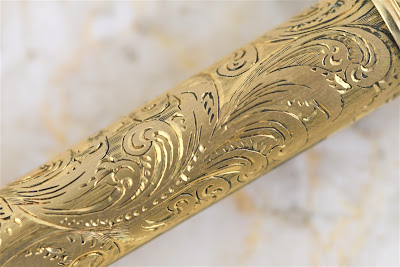 Every bit, of course, except exactly enough space for the imprints, and not one bit more: 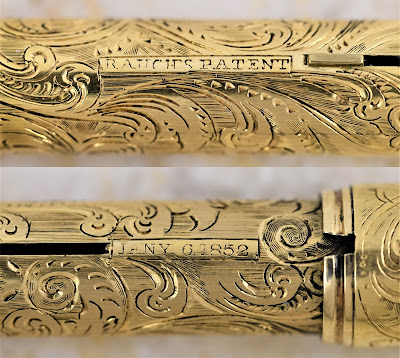