A Definitive Answer and a More Distinct Possibility

This article has been edited and included in The Leadhead's Pencil Blog Volume 3; copies are available print on demand through Amazon here, and I offer an ebook version in pdf format at the Legendary Lead Company here.
If you don't want the book but you enjoy this article, please consider supporting the Blog project here.
It never hurts to read the same thing twice.

Deep in the Pen Collectors of America’s online library . . . at the end, in the “Other documents” section, is a small, unobtrusive excerpt from a larger book of trademarks titled “Trade-Marks of the Jewelry and Kindred Trades,” dated 1922.  I’ve published excerpts of it here several times – when I tracked down the Perfect Point, Acme, Ever-Ready and Keen Point marks, for example.

Yesterday, someone pointed out that same book in an online forum, which caused me to browse through it.  Maybe a few weeks off working on other projects cleared my head a bit, but I saw something I didn’t remember seeing before.  This book conclusively answered a question I raised here some time ago.

Remember the “Rexhold,” which was a spitting image of an Eclipse “Never Dull,” right down to the clip and barrel pattern? 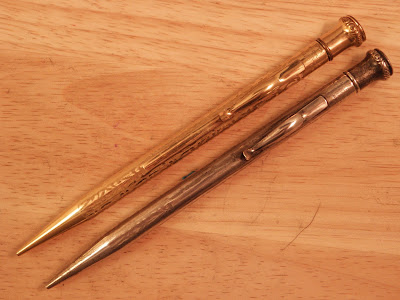 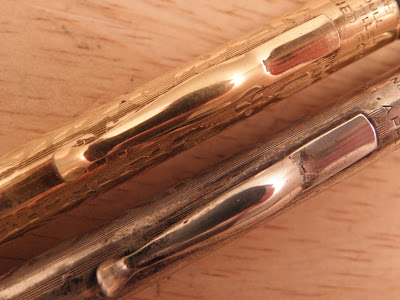 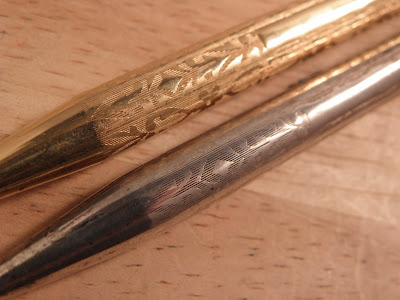 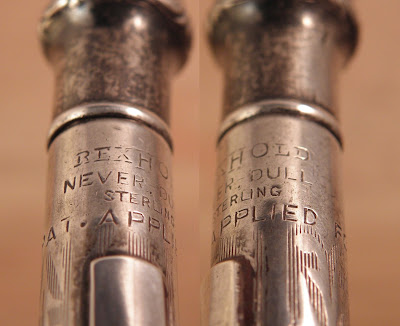 The article in which this pencil appeared was called “Never a Dull Moment” and was published almost two years ago (http://leadheadpencils.blogspot.com/2013/06/never-dull-moment.html). At the time, I wrote, “Believe me, as a Rex Manufacturing Company devotee, I’ve thought about whether there might be a connection. But other than the word "Rex" used in the name, I don’t have anything else to establish a connection.”

Now, thanks to a quick browse through something I thought I had already read, I can now say with confidence that my suspicions were correct: 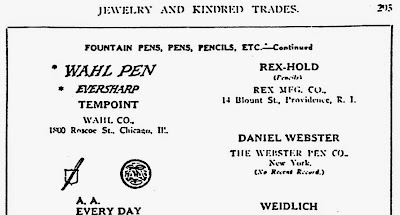 Yes, Virginia.  The Rex Manufacturing Company made the “Rex-hold,” and between this document and the existence of Eclipse lookalikes marked only with Lawrence T. McNary’s February 19, 1924 patent date, I think it is now established beyond any reasonable doubt that Rex also made Eclipse’s “Never Dull” pencils.

That’s the conclusive answer part.  At this point you might be wondering why I didn’t simply read this book two years ago and tell you this at the time.  Here’s the thing . . . I think I did – and I didn’t find it, with good reason.

That’s the “more distinct possibility part” of this story.

If I wasn’t sleeping at the switch when I wrote that article, and if I went back to that 1922 book to check, I’m sure I would have turned to the page with the Rs on it, found nothing, and moved on.  Notice anything about that excerpt from the book?  Rex and Rex-hold aren’t listed under “R.”  They are listed under “W,” and not just any “W” . . .  did you see what comes next? 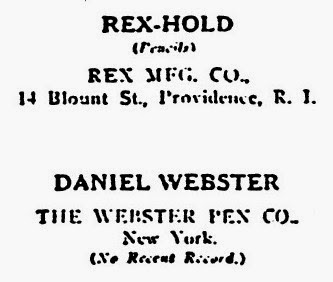 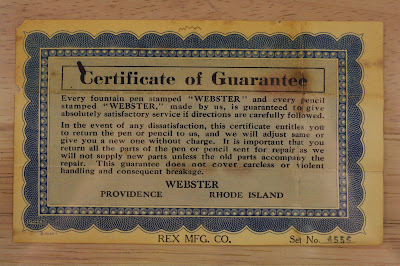 The fact that Rex and the only trademark associated with it (Rex-hold) were listed out of order, alongside Webster, suggests that there was much more going on between the two than simply a supplier/customer relationship.  Yet the Webster listed in this 1922 directory states that this Webster is from New York, and the notation “no recent record” suggests that the company might have become inactive by 1922.

Yet by 1924, when set number 4,555 was made in my last article on the subject of Webster, the company was reborn, and located according to the paperwork which accompanied it, in Providence.

Lawrence McNary applied for his patent on October 11, 1921.  Obviously, something had happened by the time this book was published in 1922 for its authors to associate Rex so closely with the Webster name that Rex’s information was published, out of order, alongside it.  Perhaps the fledgling writing instruments division of Rex was looking for a pen to go with their pencil, finding it easier to purchase an existing operation than to form their own.  Perhaps a Webster Pen Company, on its last legs by 1922, was acquired by Rex or by some of its principals.