Star of the Show

The most distinctive item in the first day of the Fred Krinke auction was a curved-top display case, embellished with the acid-etched inscription “Leroy W. Fairchild’s Gold Pens,” which sat in Fred’s Fountain Pen Shop in Los Angeles for many, many years.  I took a photograph of it during the preview, since I never expected to see it again: 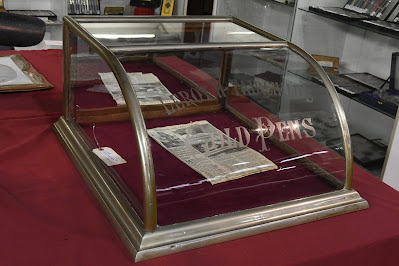 David Nishimura and I talked about this one before the auction - all Krinke provenance aside, finding an ornate store display from the dip pen era is nearly impossible.  If I could get it for anywhere close to the opening bid, I said, I’d give chase.

Hopes were dashed that I would, as the auctioneer took a rare pause in the bidding when this one came up to discuss what a significant piece this was in the Krinke legacy.  Yet the bidding stalled out much earlier than anyone including myself expected, and I was able to bring it home.  It was a perfect storm: I didn’t have to worry about having it shipped, live attendance at the auction was sparse due to the bug, and it is just so big that most people don’t know where they would put it.

Finding room for it in my increasingly cramped collection zone, however, proved a challenge.  I moved the Redipoint exhibit to another area of the museum, and it barely fit atop one of my printer’s cabinets: 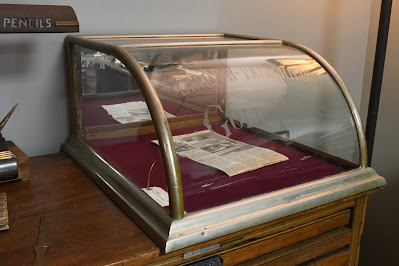 While there were logistical problems finding space for it, this case solved a huge problem for me.  As readers of The Catalogue have noted, there isn’t much in that ten-year-old book about Victorian writing instruments.  My interest in those has evolved in the years since the book was written, and by the time I moved the museum to its current quarters, I dedicated the top two rows on the “wall o’ pencils” to Victorians.  God’s plenty space, I thought at the time.

The rabbit hole deepened, then widened.  New additions have been stacking up like cordwood over spaces I had left open for new makers and examples, and I have puzzled about how I might rearrange things so things are a bit better organized.  Here’s the John Holland section, for example: 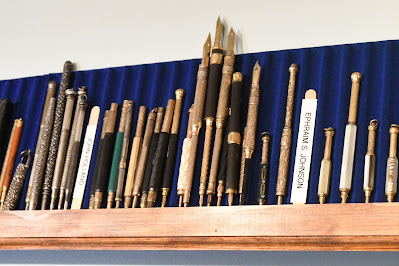 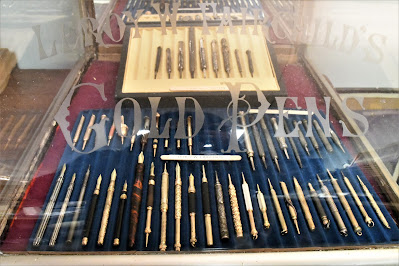 I know it probably isn’t entirely cricket including the latter, unrelated companies here, but for me it’s about finding a place for everything so that everything has a place.  At last, the Victorian wing has a bit of breathing room . . .

Email ThisBlogThis!Share to TwitterShare to FacebookShare to Pinterest
Labels: Fairchild