When this showed up in an online auction, I was convinced the seller paired pictures of the wrong pencil with the auction title. 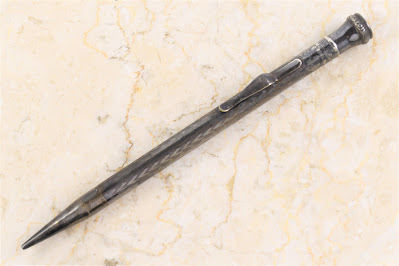 The listing title identified it as a Henber, but the pencil looked to be identical to something else in my collection: 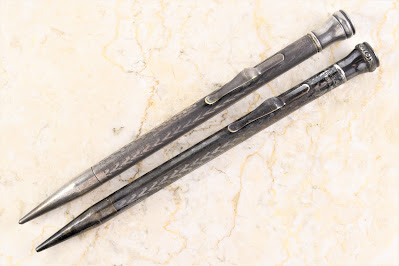 That clip, with it’s exaggerated hump, is something I instantly recognized: 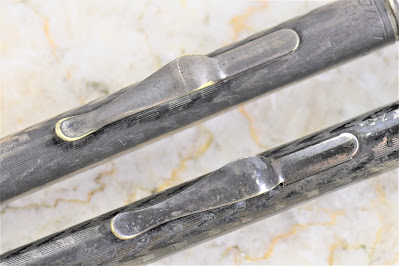 It’s what you often find on Samuel Kanner’s early line of “Nupoint” pencils: 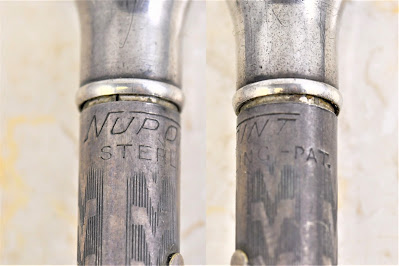 But wait . . . there’s more.  Recall that the Henber has distinctive machining that extends farther down the nose, past where it begins to narrow down to the point.  On the Nupoint, that machining stops before the joint separating the nose drive from the barrel – Henbers, on the other hand, are rear drive. 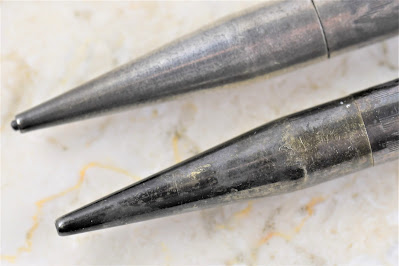 Even the engraving on these two pencils is identical, in that V-shaped pattern reminiscent of Superite pencils made by DeWitt-LaFrance: 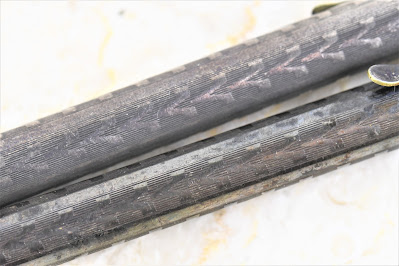 Yet there it is, just like the seller said: it’s imprinted “Henber.” 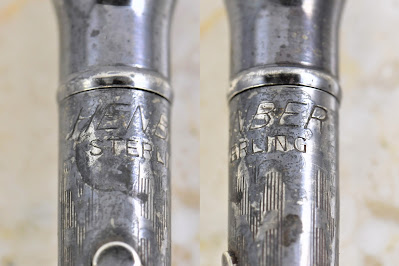 This is a fascinating turn of events.  Samuel Kanner’s Nupoint pencils were advertised, just like the Dow, in late 1922; by late 1924, this particular clip was abandoned, and by 1925 Kanner dropped the “Nupoint” name in favor of Presto and switched to a repeating pencil design (the great granddaddy of the Eversharp Skyline, by theft and deception).

Henbers were offered as promotional prizes, while Samuel Kanner, from what I can tell, was a dedicated manufacturer.  If one supplied the other, in this case I would guess that Kanner supplied The Henber Company.  I can’t say, however, that Kanner manufactured all of the Henbers - but I can say with relative certainty that he did this one.

And another one, which has been lounging around the museum for God knows how long, without me noticing what was different about it: 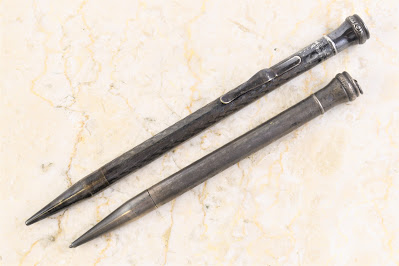 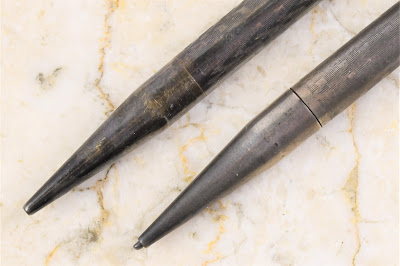