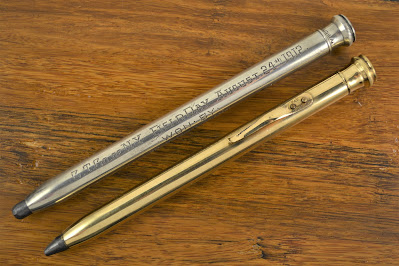 I picked them up at the Philadelphia Pen Show auction a few years ago, when the Philly show was still at the Downtown Sheraton.  I suppose I never wrote about them because I used that gold filled one in an article I posted about a miniature version of the pencil, for comparison (see "The Sleeper"): 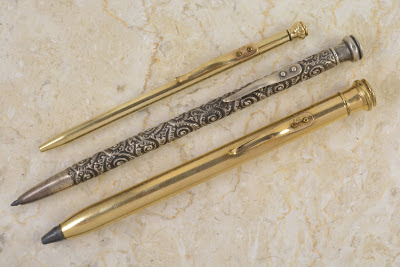 I also discussed that riveted clip in that article.  It was patented by William Ferris and assigned to Waterman: 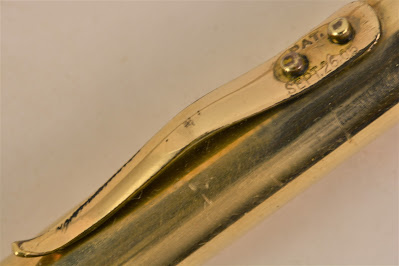 The gold plated example has an Aikin Lambert hallmark, and the silver one does too – “Sterling.A.”: 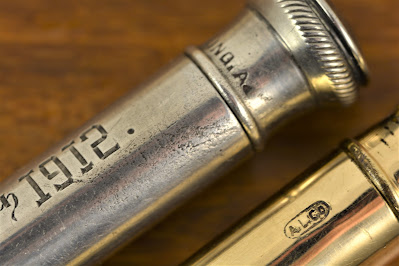 (See "That Last Nagging Doubt" about that hallmark).
What’s really enthralling to me about the silver one, though, is that great commemorative engraving: 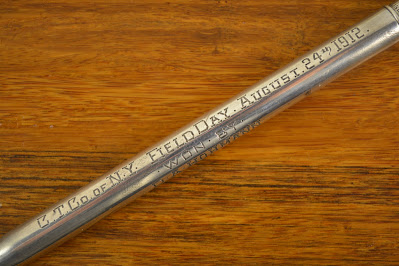 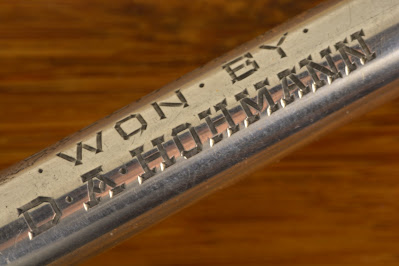 “C.T. Co. of NY Field Day August 24, 1912 / Won By / D.A. Hohmann.”  It took a bit of digging, but “C.T. Co. of N.Y.” is the Commonwealth Trust Company of New York, and Daniel A. Hohmann worked in the company’s collection department, presiding over the acquisition and liquidation of troubled assets. 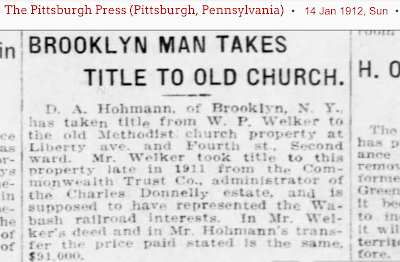 I’ve picked up a few other Ferris-clipped Aikin Lamberts, too.  Here’s another gold filled example in an unusual hexagonal shape: 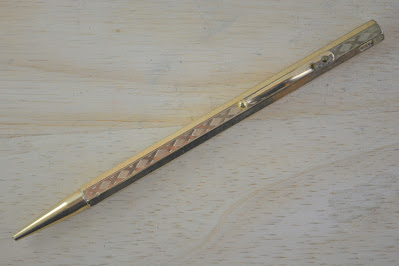 This one also has the ALCo hallmark: 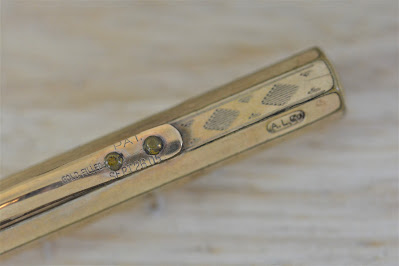 The mark, by the way, appears in American Writing Instrument Trademarks 1870-1953.  It was registered in 1909, and although dates of first use were not reported during that time, the application was filed on November 24, 1908: 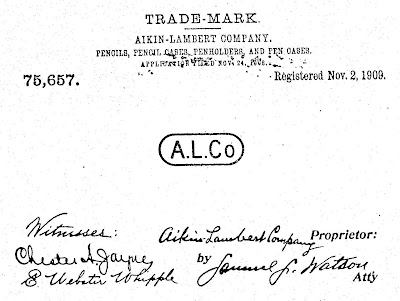 I’m a sucker for these.  I used to collect antique bottles, and in those collecting circles, we used to have a saying: “The more it looks like a third grader made them, the more we like them.” 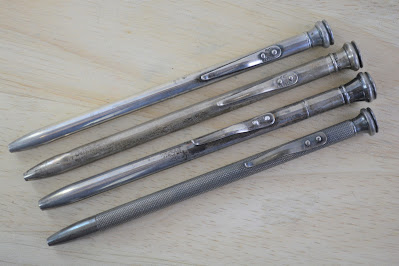 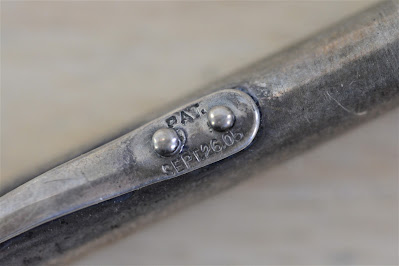