A few weeks ago, I posted an article about whether there was any connection between broker pencils marked “Victor” and those marked “Victorian” (see “Victor/Victoria(n)”).  In the time since, two things have happened: first, by chance, I found a full length version which, like the other one in my collection, has more wear to the trim than you’d expect to see on a higher quality pencil: 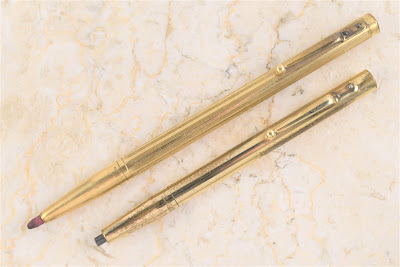 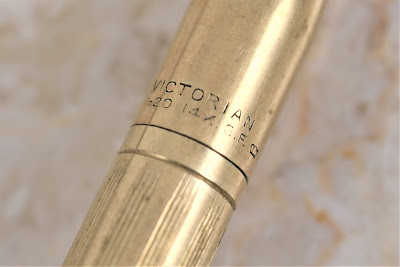 The other thing that happened was that David Nishimura posted an online comment that brings this next pencil into sharp focus:


This beefier broker pencil shares the same clip and it nearly made it into that last article by accident – it isn’t marked Victor or Victorian, but I picked it up and included it in the first shots by mistake, since it happens to reside right next to them.  I keep these arranged in alphabetical order: 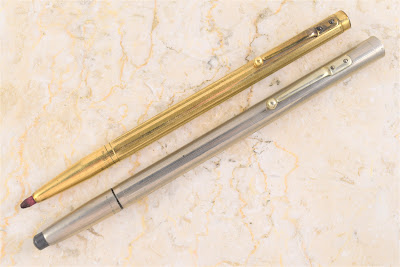 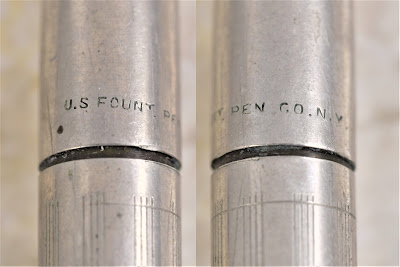 “U.S. Fount. Pen Co. NY.”  David’s comment was that the “Victor” name was a trademark of the U.S. Fountain Pen Company of New York.  You’ve seen that connection before here at the blog – it came up back in July 2012, in connection with a Victor convertible set (The Leadhead’s Pencil Blog Volume 1, page 284): 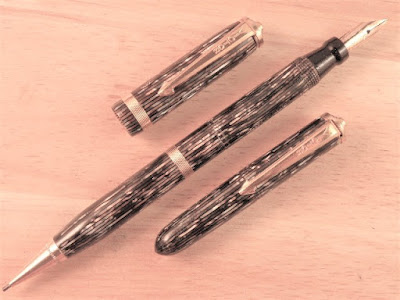 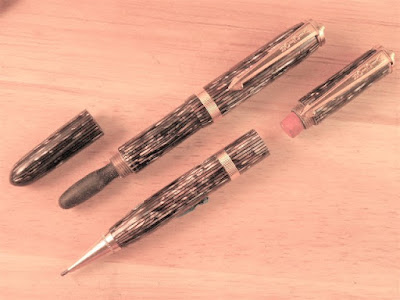 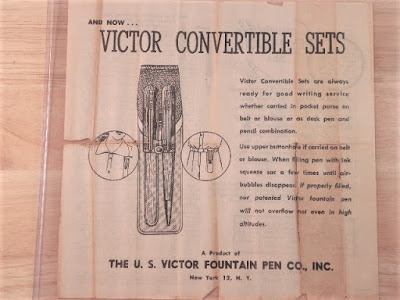 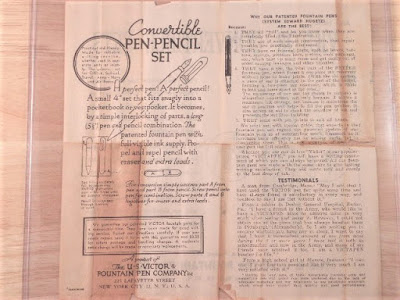 The pencils from these sets are all unmarked except for the clip, but the pens had a great imprint on the barrel: 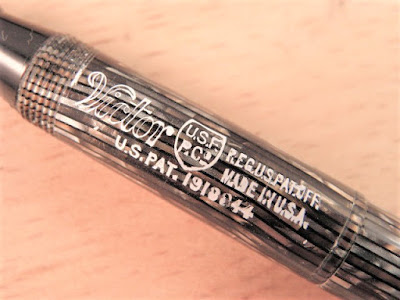 In 2017, I ran across the trademark filing for that very trademark (hence the “Reg. U.S. Pat. Off.” included on the imprint) while I was researching American Writing Instrument Trademarks 1870-1953, and I included everything I could find in the book.  Unfortunately, this was one of the handful of registrations for which the original trademark registration certificate has been lost by the patent office, so the only place I could find the image for this one was in the pages of the Official Gazette, where the mark was published for opposition: 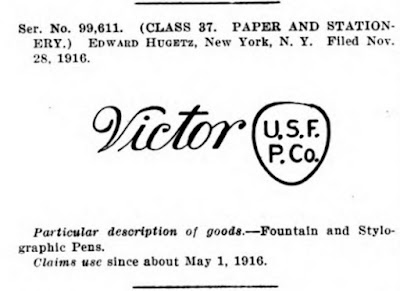 Edward Hugetz filed for registration of this mark in his own name individually, without any mention of the U.S. Fountain Pen Company (other than the “U.S.F.P.Co.” within that oval).  Hugetz first claimed to have used this mark on Fountain and Stylographic Pens on May 1, 1916, and the mark was registered on March 27, 1917 as number 115,967.  While the scant information I could find with respect to this filing doesn’t mention pencils, Hugetz filed an updated trademark for “Victor” on March 17, 1952, and it was issued on December 8, 1953; it’s one of the last marks included in the book chronologically, before the Patent Office changed the way it indexes marks and made them nearly impossible to research by subject in 1954. 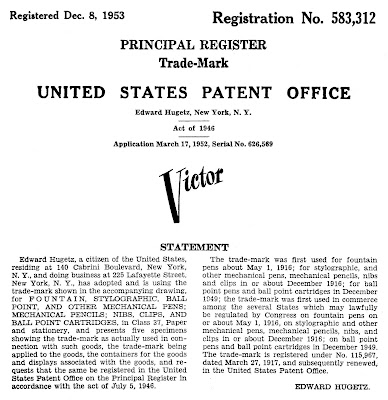 In his 1952 registration, Hugetz spells out in detail when he began to use the mark on various products, claiming that his first use of it on mechanical pencils occurred in 1916.  While I haven’t found any Victor-marked pencils made that early, I have found one from the 1920s: 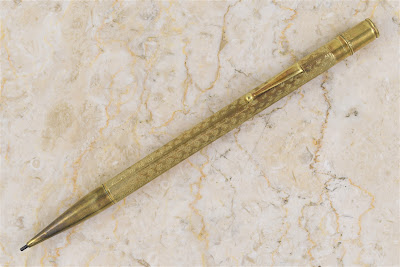 This green gold filled pencil has an intricate chasing pattern on the barrel: 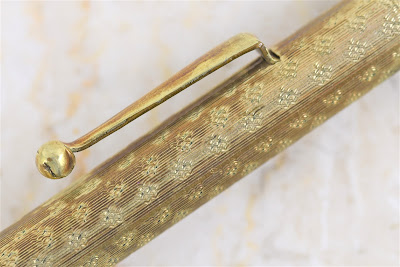 And, at the top, “Victor” in the same script as the pen in my convertible set: 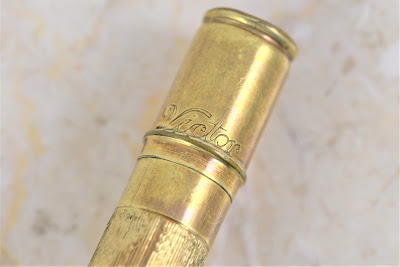 This pencil wasn’t made by the U.S. Fountain Pen Company, though, and it doesn’t reside with my other Victor pencils.  It resides where it belongs, in the Rex Manufacturing Company section.  That’s right, my early Victor is an early example of McNary’s February 19, 1924 patent.
Posted by Jon Veley at 3:45 AM