Lifting the Veil a Bit More

One of the last articles I posted here before my hiatus in 2018 ("Lifting the Veil") was about this set of pencils: 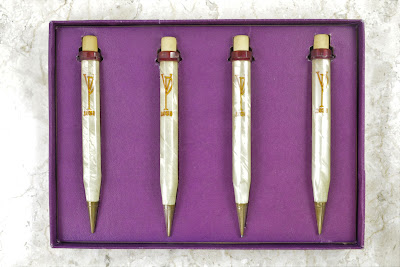 The logo stands for “Veiled Prophet,” an organization in the St. Louis area that put on an annual “Fair St. Louis.”   That article leaves something out: without any manufacturer’s imprints, I wasn’t able to speculate on who might have made these generic-looking pencils, distinguishable only by their square red upper fittings (which prevent these clipless pencils from rolling around) and exposed erasers. 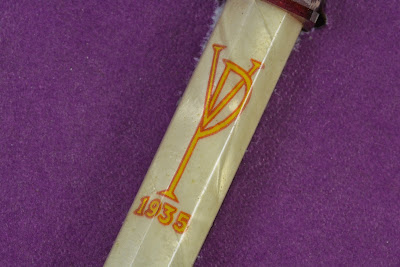 Even though this set was in its original box and as mint as you’d ever see, there is nothing to indicate who made them: 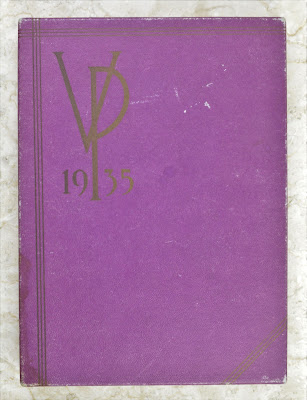 However, a recent online auction for another set of these appears to answer that question.  The set up for bids is identical to mine, with one small difference: 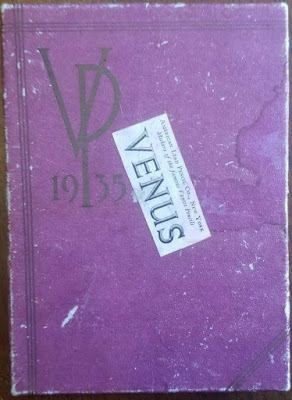 Now I suppose it’s possible that over the course of 85 years, someone might have picked up a box of pencils and thought it would look cool to slap an unrelated sticker on the front of it, but I’m back to Occam’s razor – the most reasonable explanation is that the maker of these pencils put its label on some of them, just not mine: 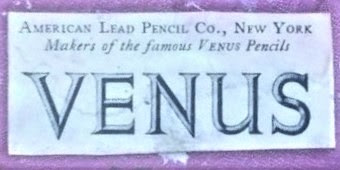 I’m good with attributing these to the American Lead Pencil Company, “Makers of the famous VENUS Pencils.”
Until just a couple days ago, that was all I had to add about Veiled Prophet pencils . . . but then a package arrived from Rob Bader, bearing something I’d been eyeing in his online store for a year or more.  I finally had to bite on it, since it fits in perfectly with another article you’ll see here a bit later.  When I unwrapped what was inside, though, this wasn’t what I was expecting: 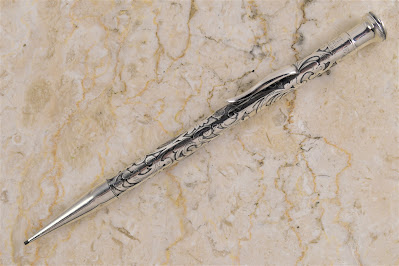 I thought Rob got his wires crossed, but the pencil I was waiting for was also in there, along with a note: “Let me know if you want this one too,” it read.
Maybe, maybe not, I thought.  It’s a Hutcheon “Finer Pointe,” and I do like those: 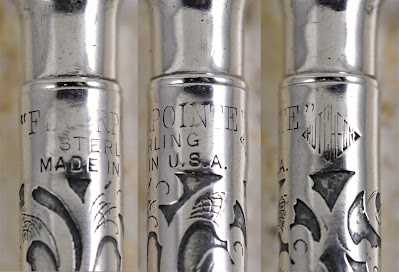 But it’s a lot like one I have already. 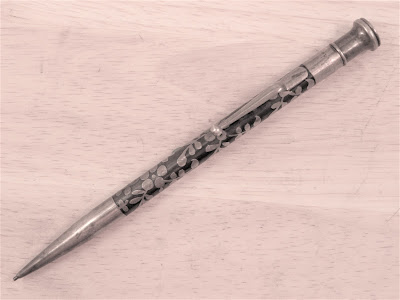 You’ve seen it before, in The Leadhead’s Pencil Blog Vol.2, page 168.  The top part of this one also made a cameo appearance in "The Tangled Web" when I was comparing this later clip to what appears on the “Fine Point” pencils initially offered by General Manufacturing (before General came up with the goofy lever-operated Kaligraf).
On the plus side, Rob’s pencil has that more graceful, earlier clip and a pattern that’s more intricate than the one I’ve already shown you, but judging from the traces of black in the recesses and the fact that the first part of the imprint is so weak, I’m suspecting at some point in its history someone polished the tar out of it in an effort to make it look pretty (not Rob, by the way – he knows better than that).
But there was something else about Rob’s pencil that had me abandoning my plus/minus chart.  Embossed lettering is fairly unique to Hutcheon – it’s on the back side of one of my “Hutch Clutch” pencils (see "The Mabie Todd-Hutcheon Connection").  It’s the second one from top in this picture: 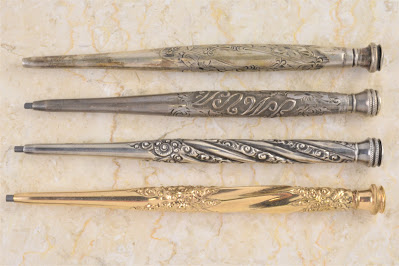 Rob’s pencil also has embossing along these lines, but what it says fits perfectly in a “Veiled Prophet” update: 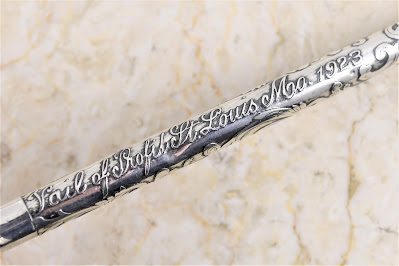 “Vail of Profit St. Louis Mo. 1923.”   I have no idea what it means or for what purpose it was made, but I do have a much better idea what it is meant to suggest – only because John Rimakis clued me in to the meaning of those “Veiled Prophet” pencils and I’d written about them here before.
I called Rob.  “I suppose you’re calling me about that pencil I sent you,” he said.  “Do you want it?”
“Yeah, you got me," I sighed.  "I’ve already photographed it to include in this Saturday’s article.”  We’ll settle up in Raleigh this August, I suppose.  If the creek don’t rise, as Rob would say.
Posted by Jon Veley at 3:45 AM