A few weeks ago, an internet search for something other than what I am going to write about today landed me on Etsy’s doorstep.  The site’s focus is more along the lines of arts and crafts, so I don’t usually go hunting for old pencils over there - but since I was there, I decided to browse around a bit and see what there was to see.

And see I did: 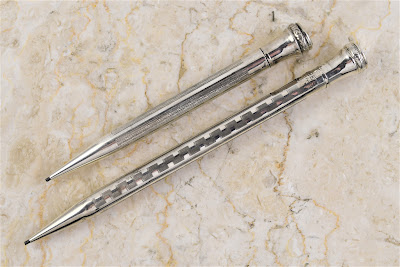 These were in two separate listings, both for the same price which was a bit more than I wanted to pay.  After a day or two I found myself able to swallow as to the ringtop, then a day later decided I might as well take a deep breath and buy the other one.  The name imprinted on these is “Jeffrey”: 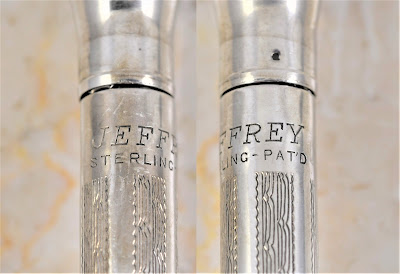 The reason I balked at buying the full-sized model was because it isn’t all there.  The clip has gone missing: 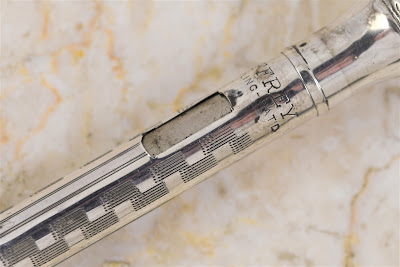 I had never heard of the “Jeffrey,” and unfortunately, that clip would have provided me with the best clue as to who might have made the pencil or marketed the brand.  That imprint looked similar to the “Broadway,” and that had me hoping that this might have been a DeWitt-LaFrance pencil (best known as maker of the Superite line).

With pencils in hand, I did my usual poking, prodding, pulling and twisting to see what I could figure out.  And there was my answer: 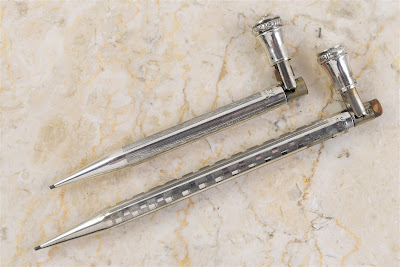 Those pivoted tops place these squarely into the family of pencils pioneered by Samuel Kanner – my third favorite obsession (after Rex and DeWitt-LaFrance, of course).   Articles posted here over the years are too numerous to list, and most were long enough ago that they are only in the books these days.

Here’s the short version:  Kanner picked up a patent issued to Abraham Pollak for a repeating pencil, which Kanner introduced in 1926 as the “Presto.”  Later incarnations of the Presto look a lot like Eversharp repeating pencils – due to the fact that Eversharp flat out stole the design.  Kanner sued and lost after Eversharp successfully argued that Kanner’s repeating pencil wasn’t really new, invalidating his patent.  And, Karma being what it is, within a couple years Eversharp would find itself on the losing side of that same argument when one of its ballpoint patents was similarly invalidated. 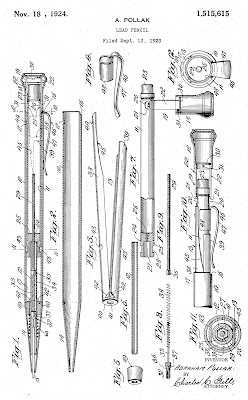 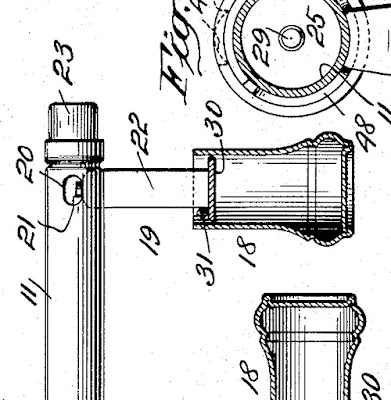 That same feature exists on pencils marked “Nupoint” and “Hi-Speed”: 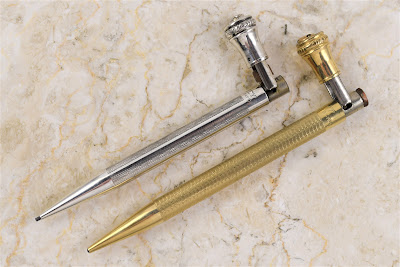 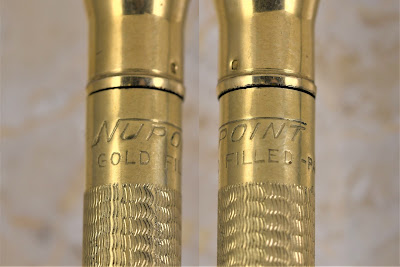 Pollak’s earlier patent, unlike his repeating pencil patent, wasn’t assigned to Samuel Kanner – and at the time, I didn’t know there were metal repeating pencils like the Presto out there, which would have made it easier to connect the dots, especially since one of those repeaters turned up in exactly the same pattern as the Jeffrey ringtop: 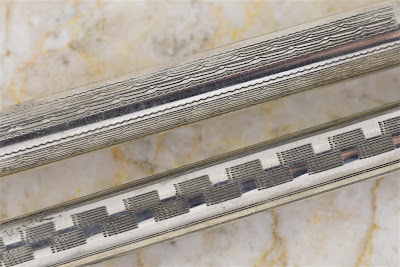 However, Michael Rosen came up with some splendid paperwork that traced the Nupoint squarely back to Kanner’s doorstep (see The Leadhead’s Pencil Blog Volume 2, page 237): 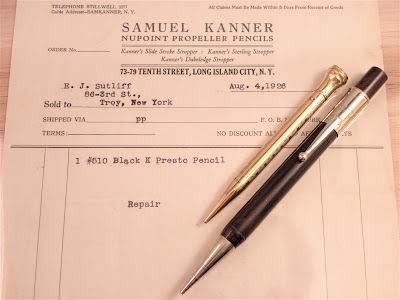 That’s the long answer to the question.  The short answer is these Jeffrey pencils were another brand name used by Samuel Kanner, and I haven’t found any documentation or advertisements to support that.  I just know.