There are times when I don’t look at a new acquisition as a neat pencil, or a window into a moment in history.  I just appreciate it as a work of art: 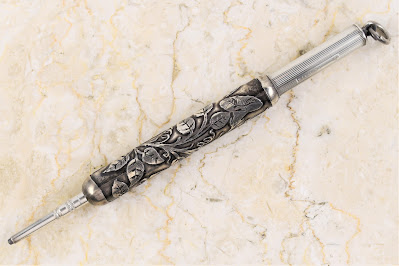 The hallmark on the extender is a shield with F/J inside, for Fairchild Johnson, the partnership between Leroy Fairchild’s son Harry and Ephraim Johnson’s son Ephraim Johnson Jr. established in 1898 and ending in 1905: 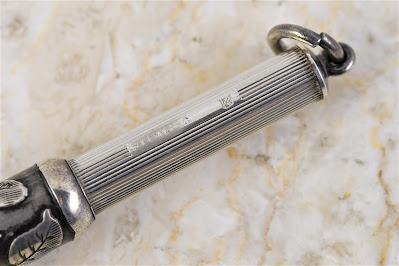 These pictures don’t convey the size of this piece.  Here it is alongside a full-size Waterman Patrician pencil: 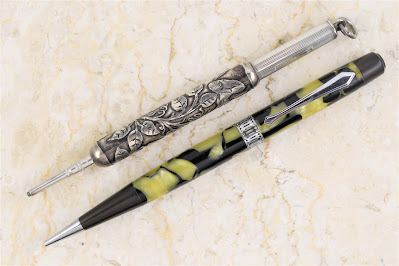 I’m not sure how the barrel was made; the relief is probably too deep to be accomplished by acid etching.  Perhaps it was cast using a lost wax technique, with some detail added by engraving after the casting was complete: 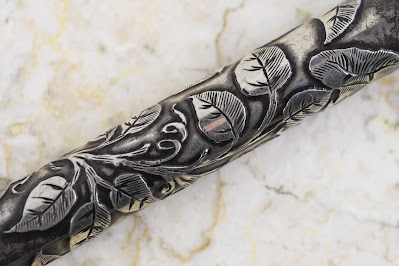 Another pencil along these lines came my way just a week or so later: 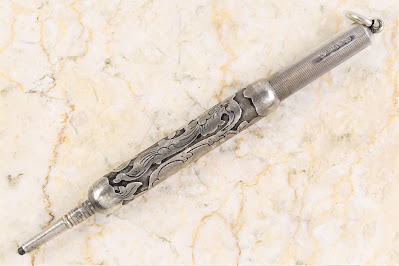 This one is a more normal size, with a hallmark for Edward Todd: 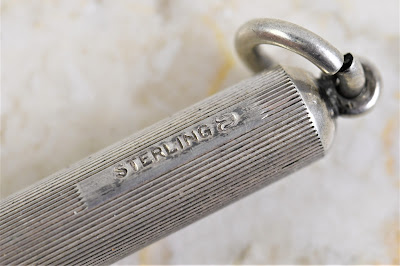 The barrel relief and more two-dimensional pattern on this one is also closer to normal for acid etching, although there might be some details added by engraving: 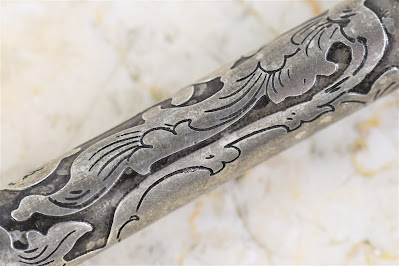 This last one is normal for acid etching – but not normal at all for the pencil on which it turned up, courtesy of Brian McQueen: 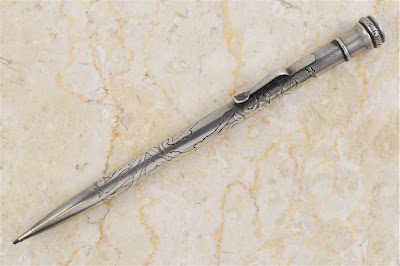 This is an early Wahl-made Ever Sharp (two words), with John Wahl’s patented clip but Keeran’s earlier imprint.  That combination of features dates the pencil to 1917: 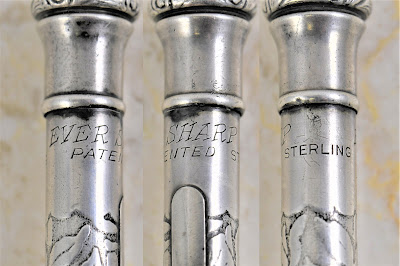 I briefly introduced a ringtop version of the acid-etched Ever Sharp in Volume 5, page 103.  This full-sized example has less pronounced detail: 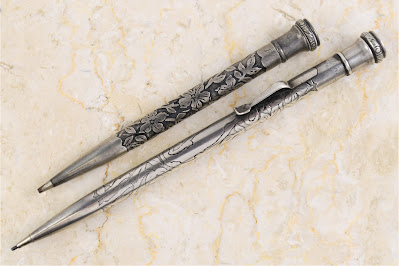 Still, it’s early, extremely rare, and it just oozes class.
Posted by Jon Veley at 3:45 AM