As Mint As Can Be

I probably would have bought this one even if I didn’t know what it was, just because the lettering on it is so neat: 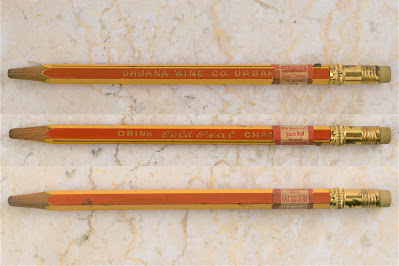 “Urbana Wine Company,” and “Drink Gold Seal Champagne,” with a band around the top that told me what it is: 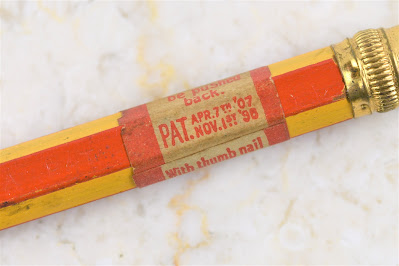 Patent dates of April 7, 1907 and November 1, 1898 confirm this is a Lippincott “Push Pencil," an early subject here at the blog (Volume 1, page 369), and this is the first example I’ve seen since that article nine years ago: 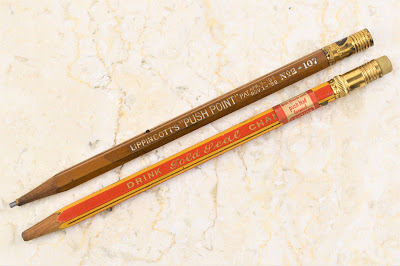 The Lippincott was a single-use pencil, with a tab that could be pushed forward to expel the lead.  The earlier of the two patent dates refers to a pair of patents issued to Fisher H. Lippincott on November 1, 1898 – numbers 613,452 and 613,453: 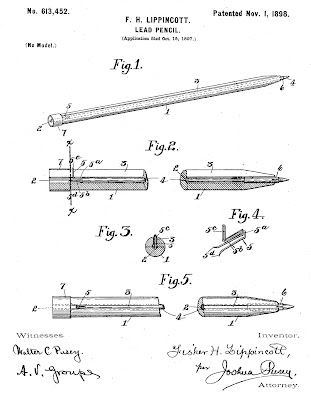 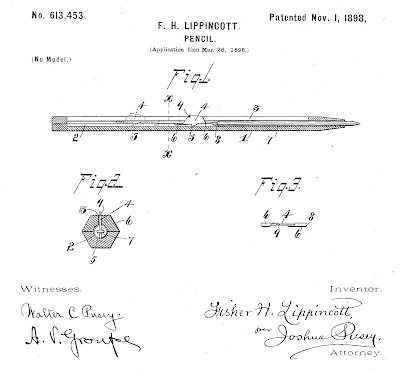 As mentioned in the article from Volume 1, the other patent date of April 7, 1907 appears to be a typographical error: that date wasn’t a Tuesday, and United States Patents are issued on Tuesdays.  April 9, 1907 did fall on a Tuesday, and of all the other patents Lippincott received for variations on his slider pencil theme, the one he received on that date – number 849,799 – most closely resembles the tab on this example: 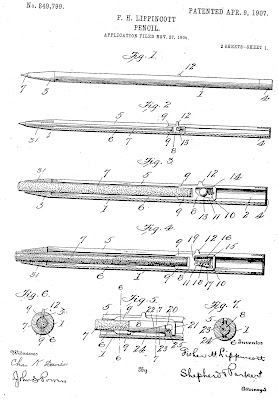 The single-use nature of Lippincott pencils is what makes this new acquisition so special.  There can’t be many examples surviving which still have the label cautioning purchasers that once you move that tab forward, there’s no going back: Even with all that new old stock goodness, I couldn’t help but be a little disappointed that the Lippincott name wasn’t present . . . at least, not under most lighting conditions . . . 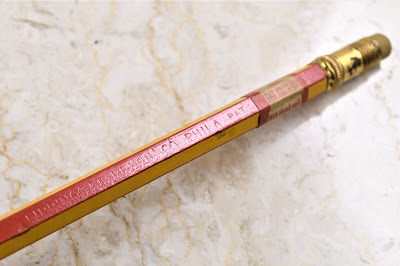 Under a strong light, viewed at an angle, the third red panel proved not to be blank after all.  “Lippincott Pencil Co. Phila. Pat.,” it reads.
Posted by Jon Veley at 3:45 AM

Email ThisBlogThis!Share to TwitterShare to FacebookShare to Pinterest
Labels: Lippincott