When Steve Watts teased out some pictures of this pencil on Facebook in February, I was convinced he was a huckster: 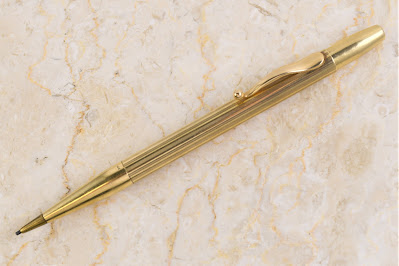 In my defense, the pictures he shared did not show the entire pencil, just the clip.  It was marked only 14k he said, and some commenters had peppered in that from that turned up ball clip, it looks like a W.S. Hicks.  So far, so good.

Things went sideways, however, when Steve suggested it might be available, and he gave a precise weight for the amount of gold it contained.

I was suspicious.  I illustrated how these Hicks pencils come apart back in Volume 4, page 207: 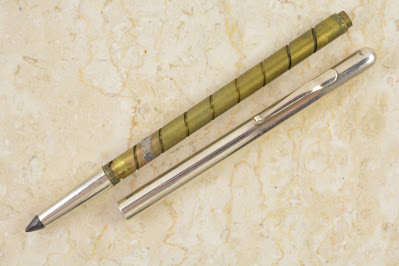 The solder holding the barrel on to the mechanism of this stockbroker’s pencil has broken.  If this guy knows how much gold he has, I reasoned, the pencil is broken . . . and if he’s gotten that tip off of there somehow, he didn’t do it without leaving plier marks.  That might explain why his pictures didn’t show the tip.

So I asked how he knew how much gold he had.  He responded by saying he just unscrewed the tip and slipped off all the gold for weighing.

Game on, I thought.   Bolstered by a couple Scottish friends of mine (of the single malt variety), I publicly called out the charlatan.   No way did he do any such thing, I said.

Steve then shared a picture to illustrate exactly how he did it: 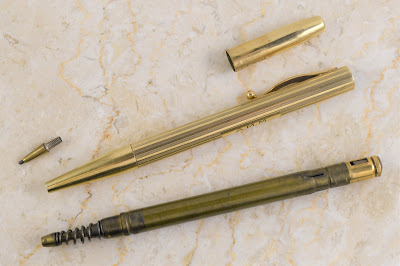 Fortunately, Steve is a man after my own heart, who knows that the biggest man is the one who can admit it when he is wrong.  We had a lengthy conversation about the pencil, collecting and life in general and became friends.  I also agreed to pay him the price he asked for the pencil, partly to eat a healthy portion of crow.

Even with my aversion to buying solid gold, this one had significance to me which made it . . . well, literally worth its weight in gold to me.  I’ve only seen one other pencil that was anything like this one, and you’ve seen it here before (see Volume 3, page 19-22): 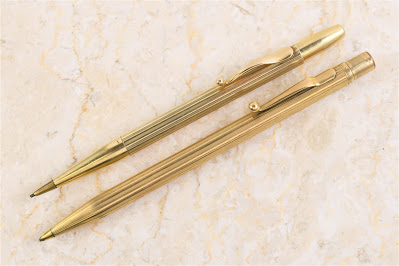 That other one is a Hicks repeating pencil - the only one like it that I’ve ever seen, and it has a patent number: 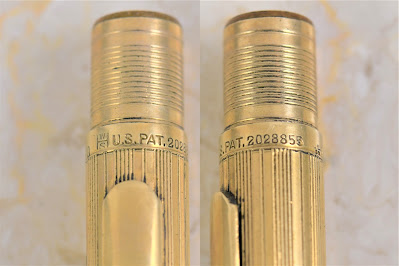 Patent number 2,028,855, as I explored in my previous article, was issued to Arthur Winter of Weehawken, New Jersey on January 28, 1936, and in the second installment of that article (Volume 3, page 20), I also showed the only other pencil I’ve seen with that patent number: a later, crappy, Chicago-era Conklin: 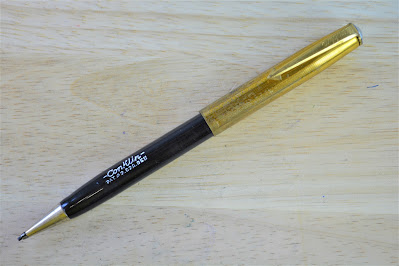 When Steve’s pencil and the Winter patent Hicks are shown disassembled, the conclusion is inescapable: the clip suggested Steve’s pencil might be a Hicks, but what’s inside confirms it: 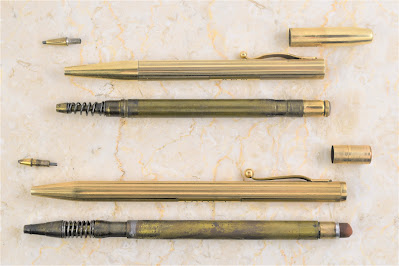 Arthur Winter’s address in Weehawken, New Jersey might not be just a coincidence.  In the 1933-1934 directory, William Hicks’ Sons is still located at 15 Maiden Lane, New York - but the firm was being run by H. Monroe and Warren R. Larter.

Winter’s patent was issued in 1936, and in the 1940 Manhattan directory, Hicks is still listed but with a new address: 88 Parkhurst Street, Newark, New Jersey:

Google street view shows that the Parkhurst building is still standing, although it is much worse for wear than it was when Hicks occupied it.  What is noteworthy is that this is clearly a site used for manufacturing, so I have little doubt that my Hicks repeating pencil was manufactured within its walls: 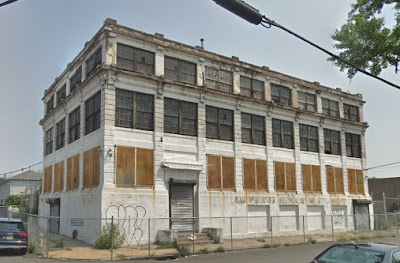 Six years later, Hicks shows up again in the 1946 directory, but at a different location: 10 Austin Street, Newark, New Jersey.

That’s the house next door and around the corner from 88 Parkhurst.  Judging from the cracks around the garage door, that house appears to have been there since at least 1946 – and it is definitely not a location suitable for any manufacturing: 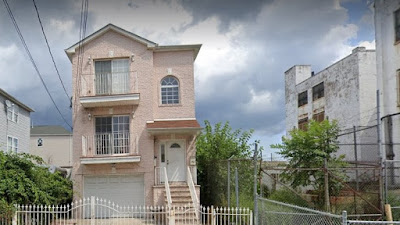 Now consider this: Steve’s pencil is only marked 14k.  There’s no indication who made it, and there’s no reference to Arthur Winter’s patent: 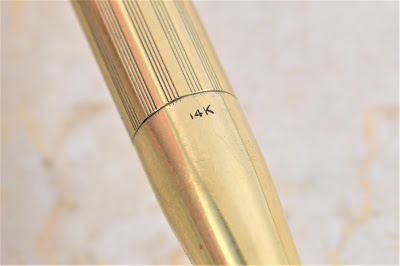 That might mean a couple of things.  One possibility is that Hicks made it, but didn’t bother to mark that it was made by Hicks or that it was made pursuant to Winter’s patent.  I don’t think that’s the case, because Hicks almost always marked its stuff, and those crappy Conklins illustrate Winter’s patent was still kicking in the 1940s, when those were made.

So here’s the other possibility: Steve’s more modern version of the Hicks repeater was made by someone else, after the Winter patent expired in the 1950s, using Hicks’ old machinery.

That someone else, I believe, was Louis Tamis.

When I put all the clues together, I believe the answer emerges.  By the time Edward Todd & Co. was faltering in the late 1920s, Hicks was making Edward Todd’s products and likely acquired whatever machinery Edward Todd was no longer using.  Hicks continued on for a time, making pens and pencils on its own account as well as for other customers, including Louis Tamis & Son and perhaps even earlier, when the company was known as Schanfien & Tamis.  Sometime between 1940 and 1946, Hicks ceased manufacturing and, when the company cleared out of 88 Parkhurst, the company sold whatever equipment remained – to Tamis.

This squares with Larry Liebman’s story, that Tamis wound up with Edward Todd’s equipment.  It also squares with a longstanding assumption that somehow, Louis Tamis & Son became the heir apparent to both Edward Todd and Hicks.  How Louis Tamis wound up with everything, however, appears to have been a longer way around the barn than previously thought.

Maybe.  The inscriptions only suggest when they were engraved for the customers that purchased them, not when they were manufactured – if Tamis bought whatever remained of Hicks’ manufacturing capabilities in the 1940s, it might well have also purchased any leftover stock.  Any other dealer who had leftover stock made by Hicks might have done the same – these pencils just didn’t go out of style, so engraving a pencil made years earlier and selling it wouldn’t have been outside the realm of possibility.