The Patriarch of the Family

Two of these pencils were ones I picked up at the Ohio Show’s Saturday auction last November: 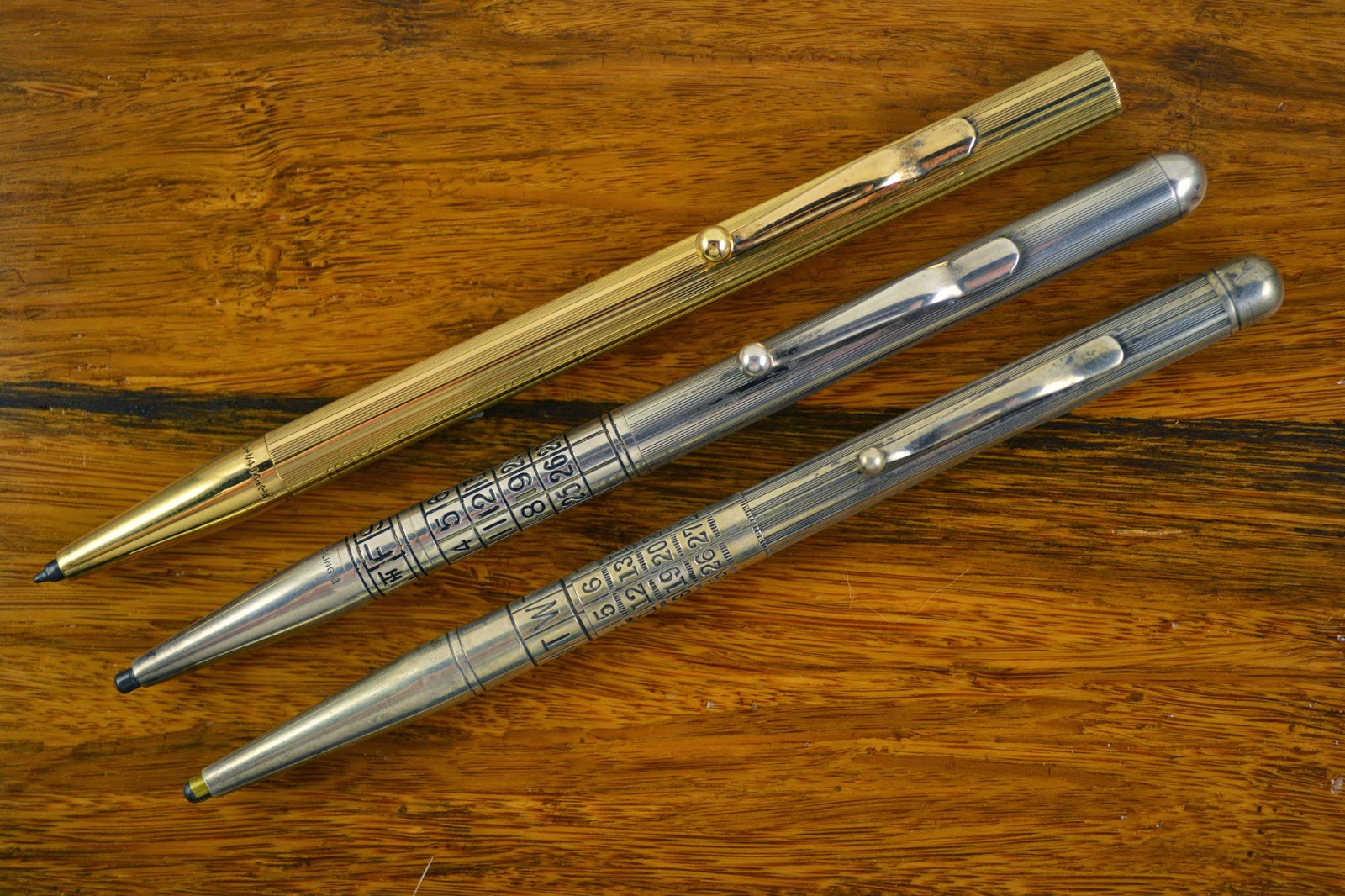 The top one was one of them – it’s the same one I compared to the Black, Starr and Gorham pencil here a couple days ago. The middle one was the other item in that lot, also made by Hicks. Since the auction photos were not posted online before the show, I had no idea this was going to be available – that proved to be both good and bad. The bad wasn’t really so bad: I raised my hand at the auction because the example up for bids looked to be larger than what I remembered having at home, and obviously, that wasn’t true.

But the good far outweighed the bad. If the picture had been posted in advance, I likely would have compared it to the one I had, noted just minor differences, and I would have passed on it thinking those minor differences weren’t worth the price of admission.

I also would have missed one other slight difference, one which makes all the difference in the world to me: 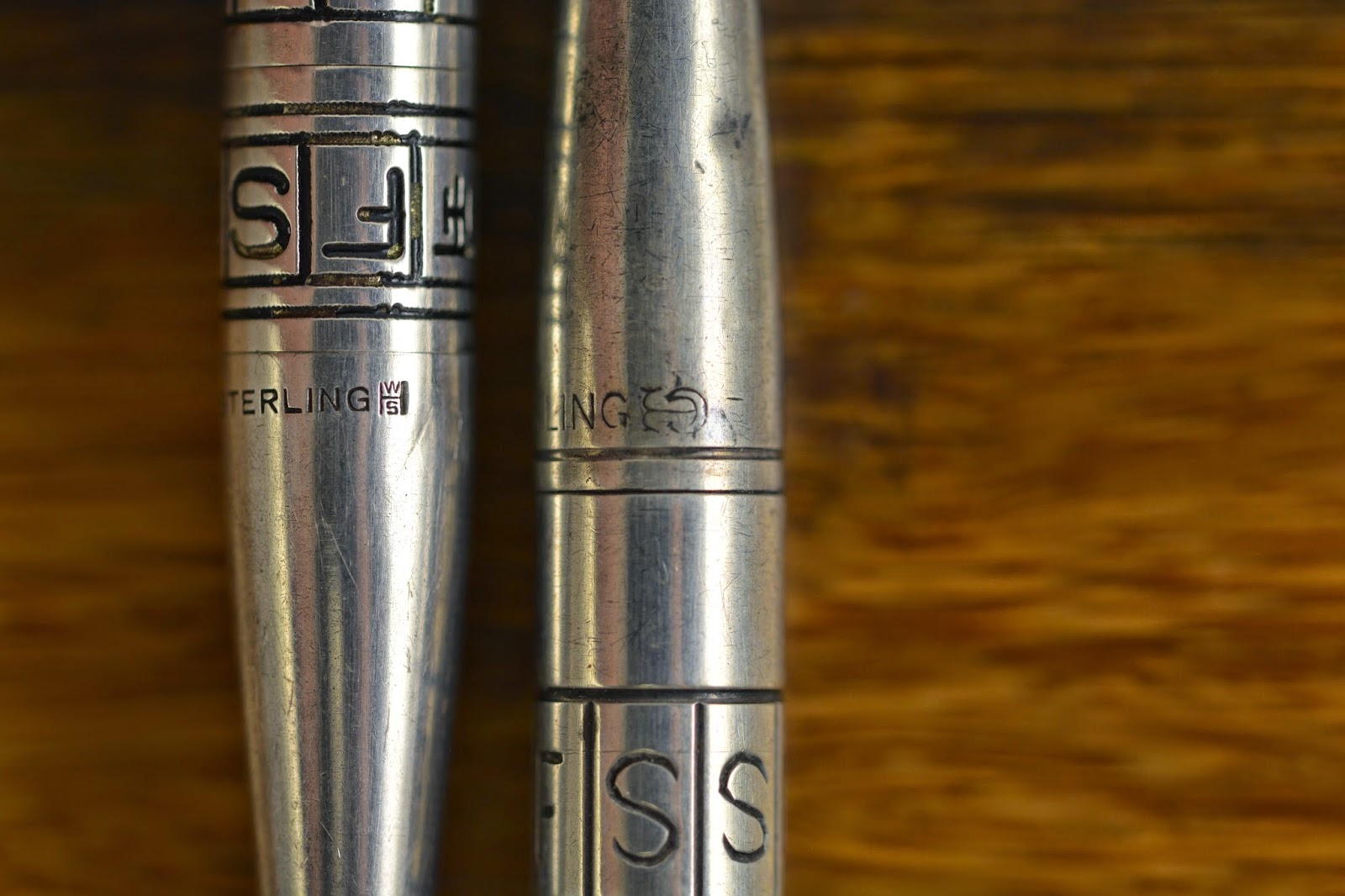 The one I bought at the auction, on the left here, is marked W.S. Hicks. The one I had at home was marked Edward Todd. The similarities between pencils offered by these two firms have been well documented here as well as by other collectors, but nothing better illustrates the point, in my mind, than this. I can also think of no better picture to lead into the question: who was making these, and who was having them made?

I believe all the evidence points to the conclusion that Hicks made Edward Todd’s pencils, at least during this period. As we saw earlier, Hicks made pencils for Black, Starr and Frost – both before and after the company’s merger with Gorham.

There are others. Here’s a picture I took of a couple Hicks pencils a while back, alongside the Todd calendar pencil: 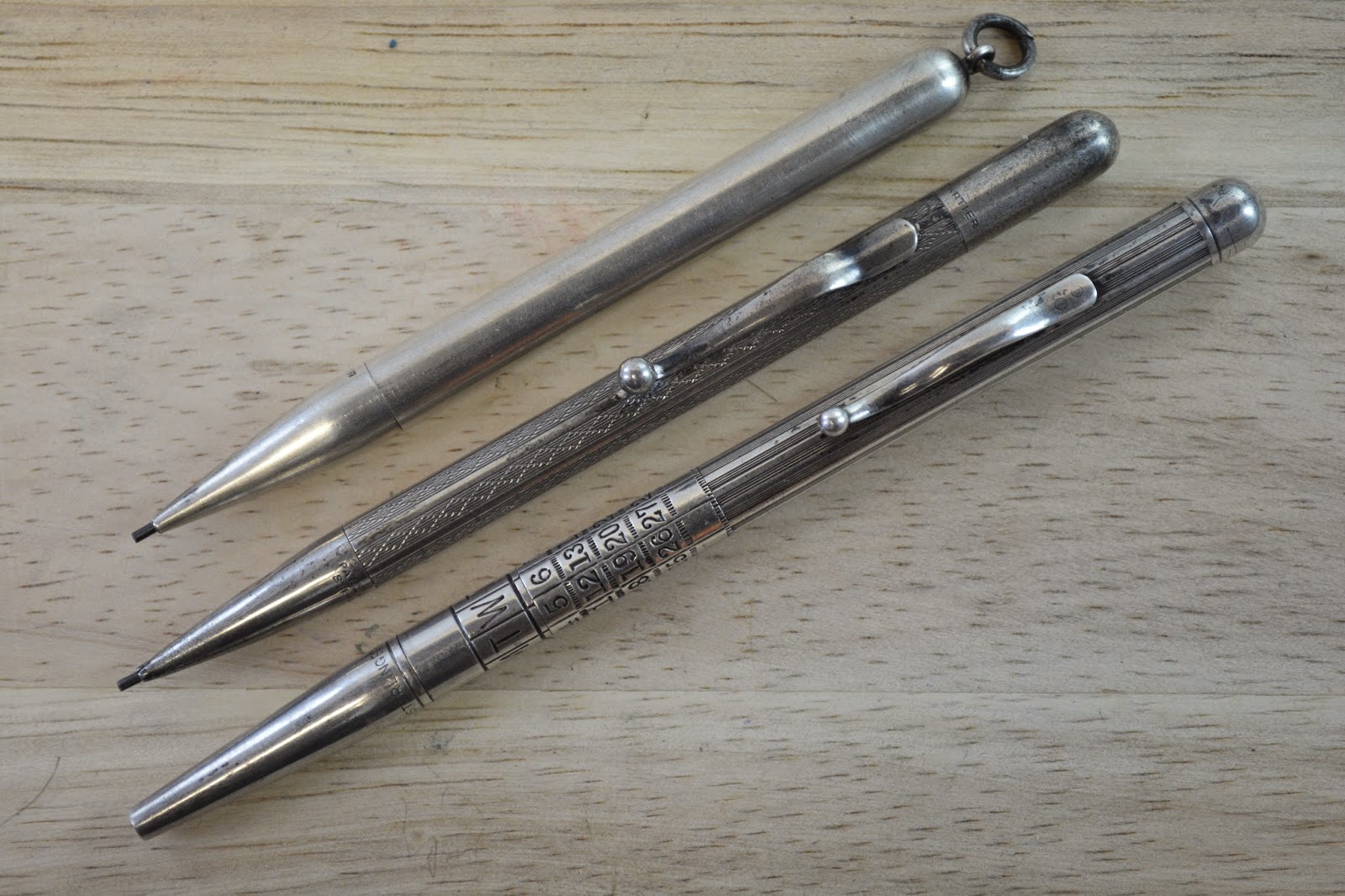 At the nose is the Hicks hallmark, and some other important information: 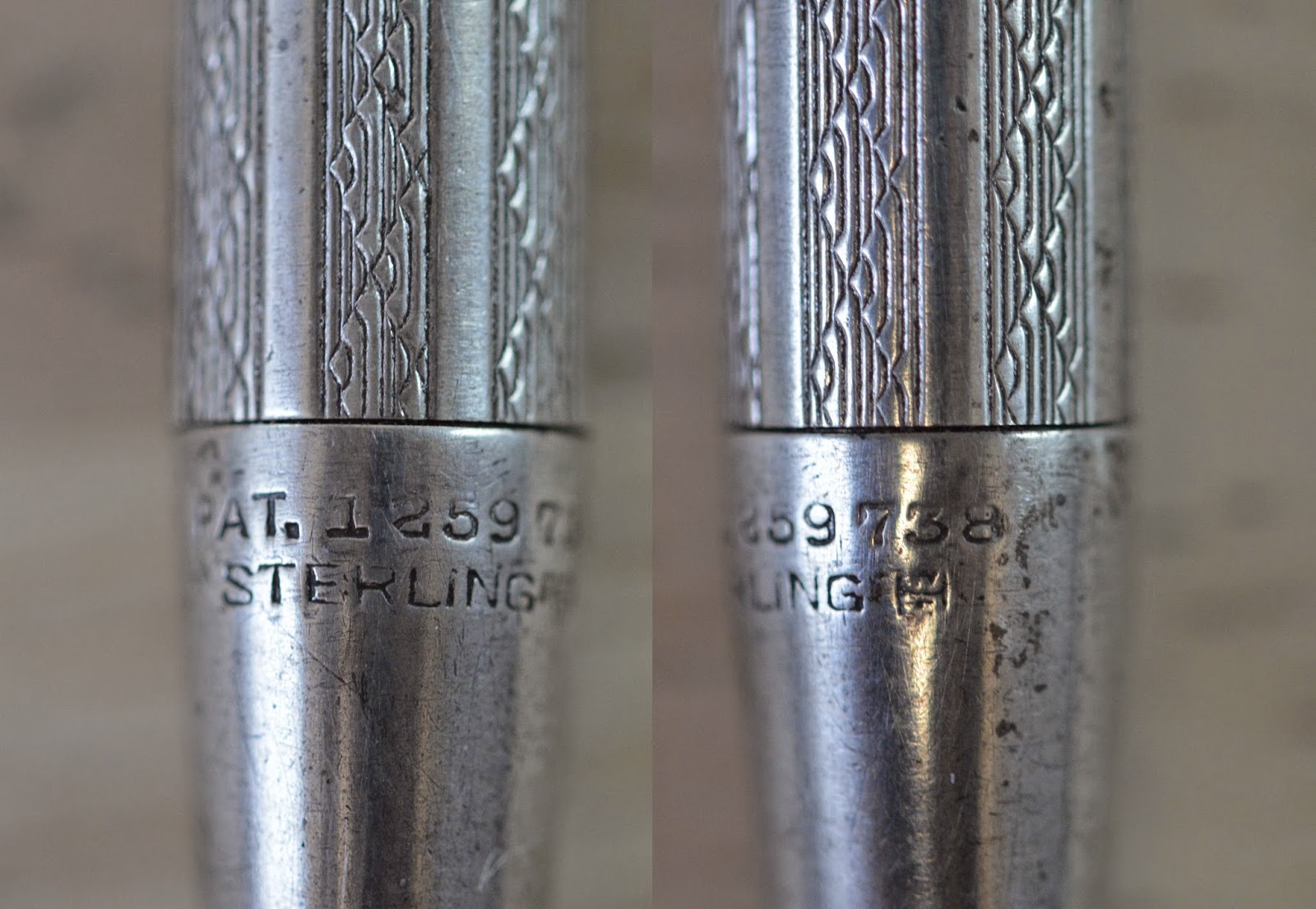 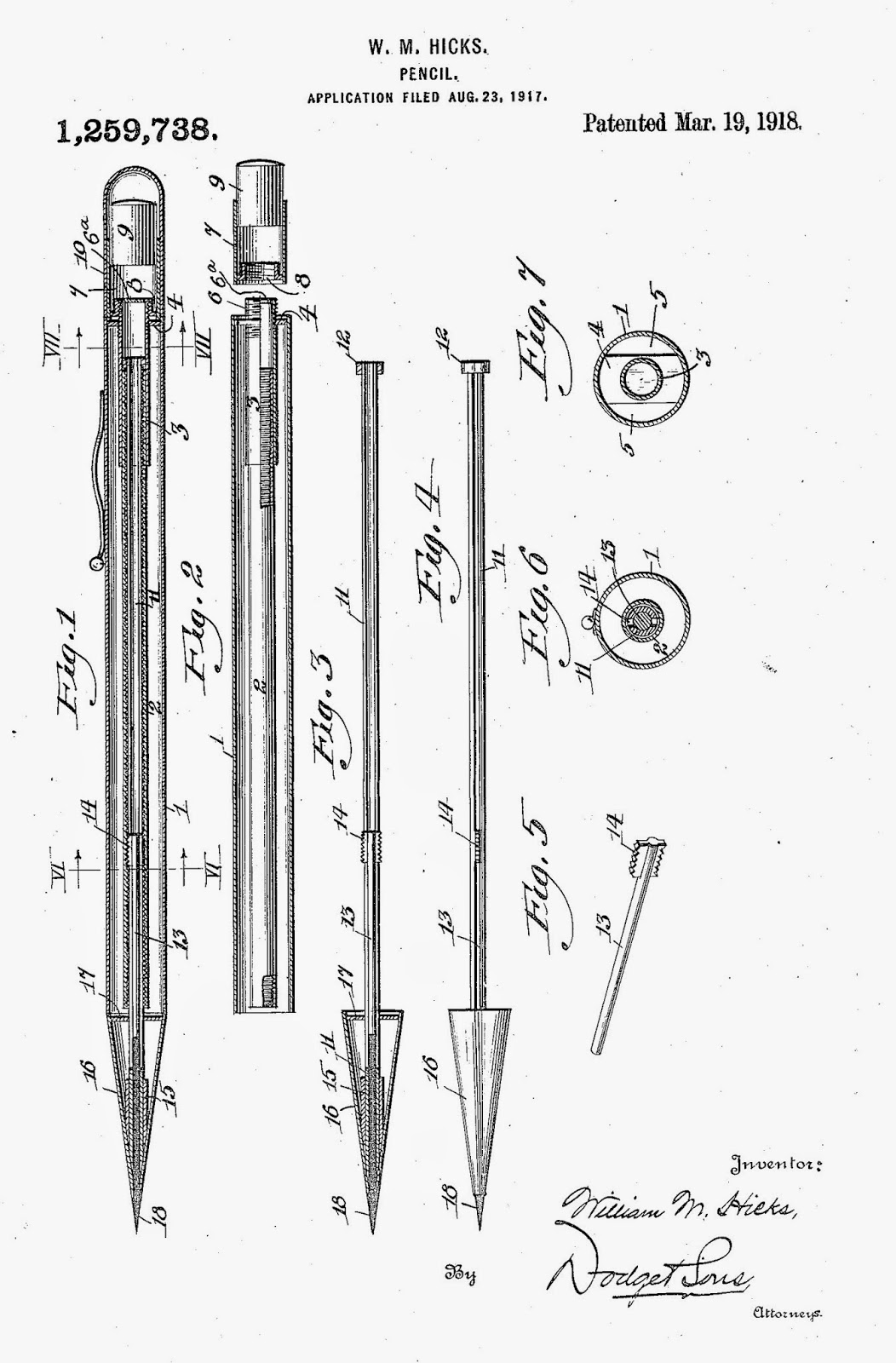 Yet the rounded cap on this one, as distinctive a Hicks feature as the upturned clip which also appears in the patent drawings, bears another name: 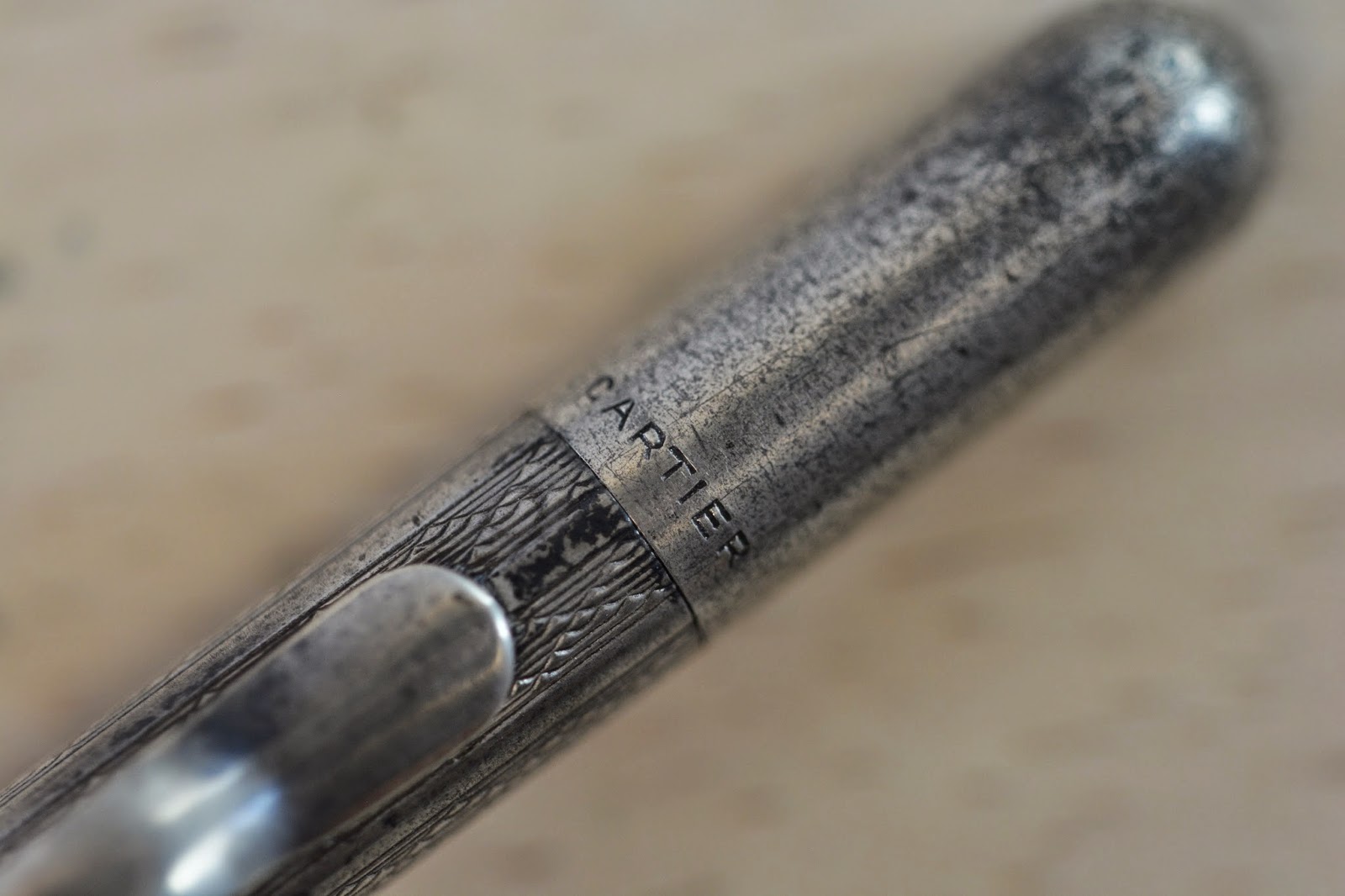 Cartier. And then, let’s consider Tiffany & Co. Until recently, I was on the fence as to whether it was Edward Todd or Hicks which made Tiffany’s pencils, such as this one: 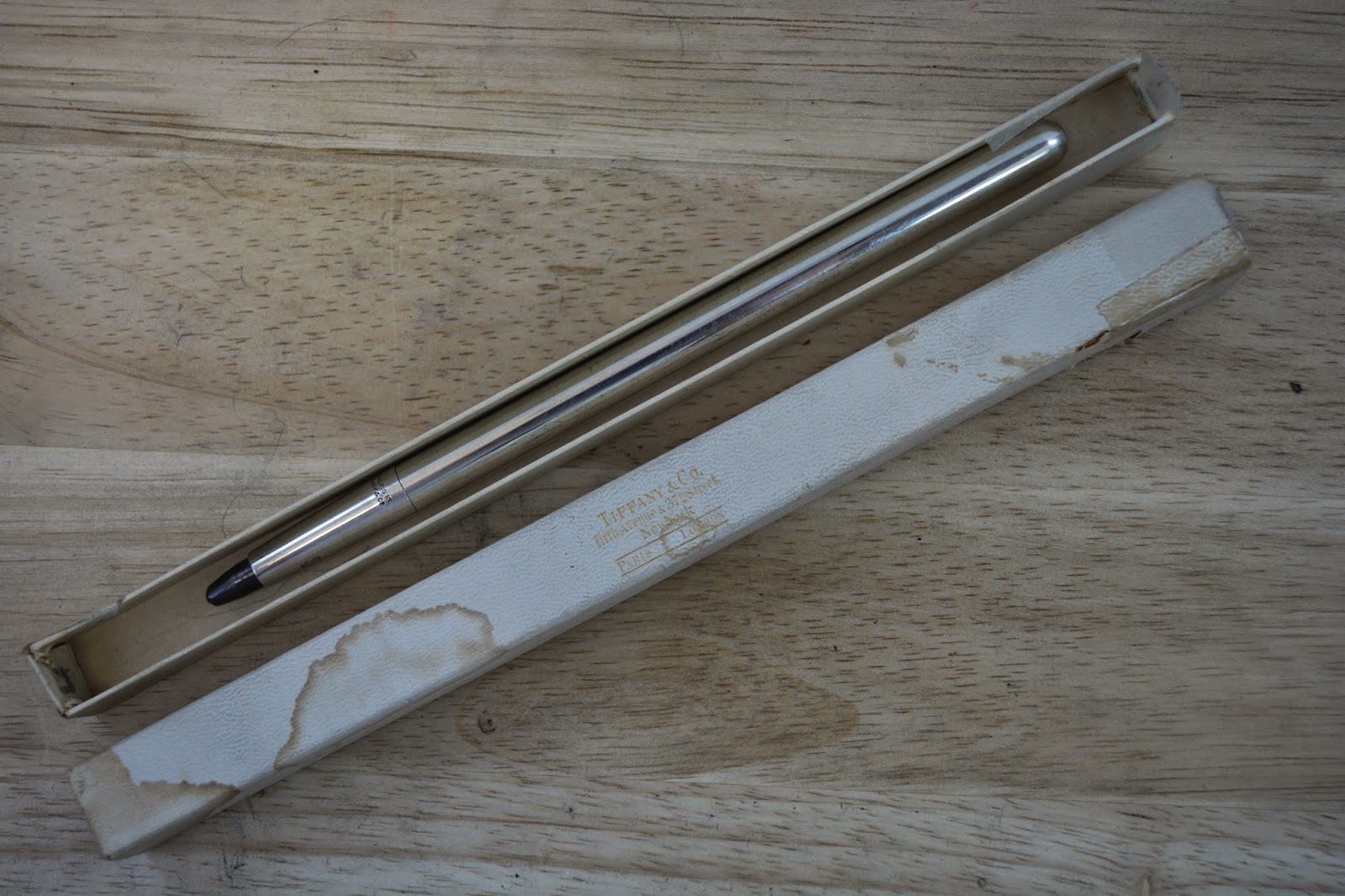 I picked this one up at the Ohio Show. The fact that it included a box, even with a few stains, didn’t break my heart, either: 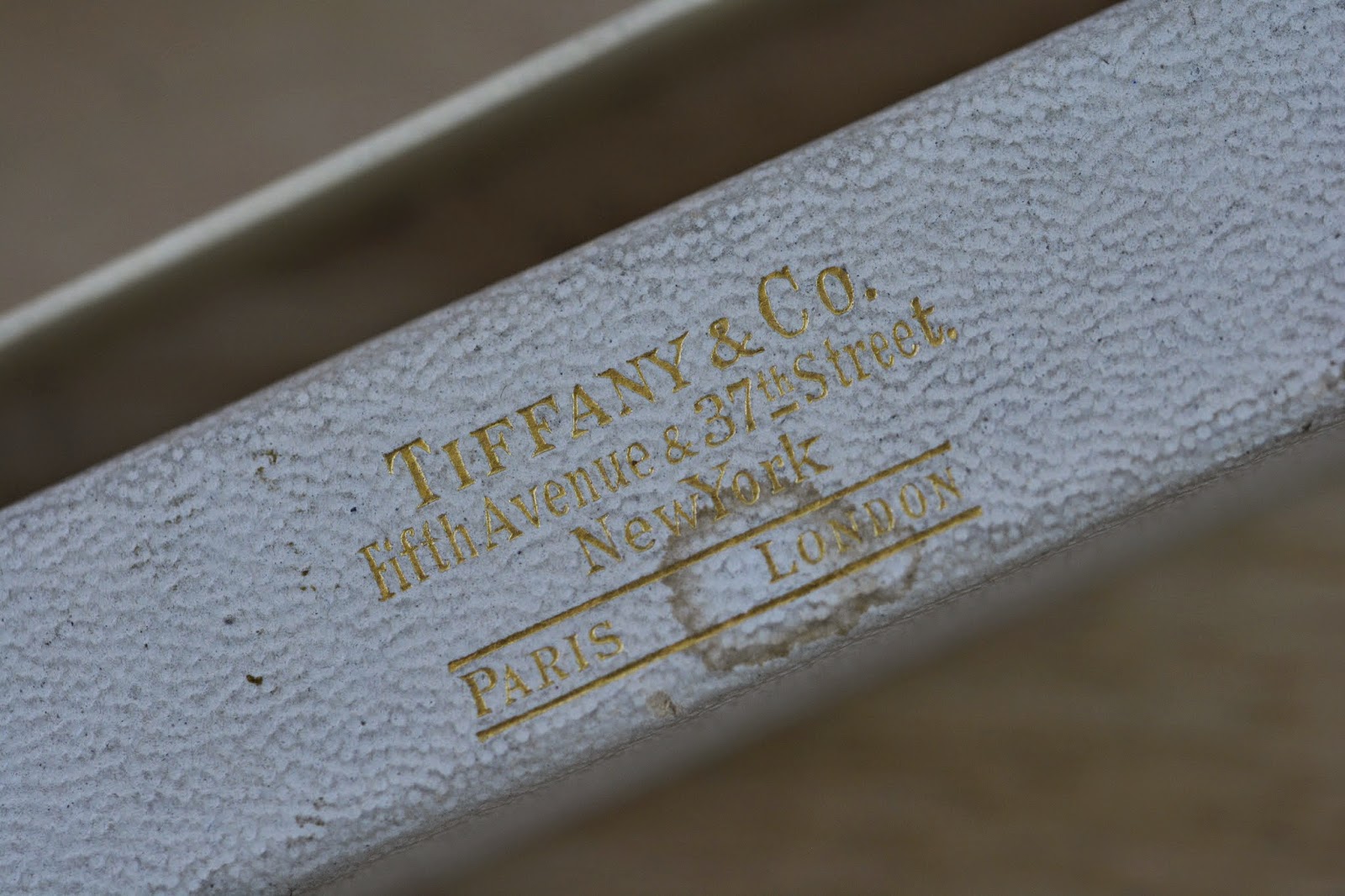 This example is quite a study in understatement: very large, very heavy, but without a clip or any ornamentation.

No ornamentation, that is, except for this: 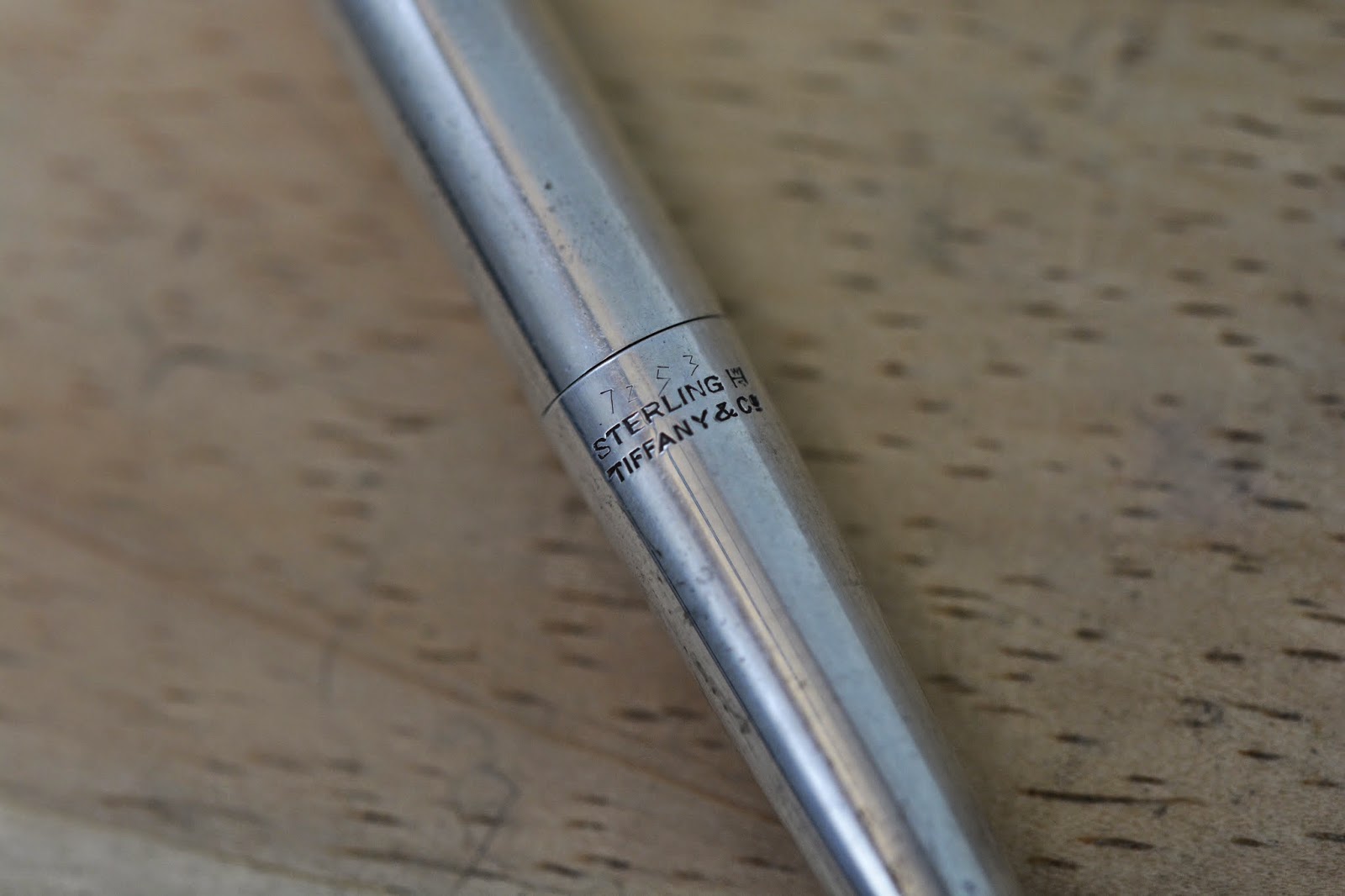 This is the only example of a Tiffany marked with the actual manufacturer’s hallmark, and it’s marked Hicks. Pulling out Occam’s handy razor, if Hicks made pencils for high quality silver houses such as Black, Starr and Frost, Cartier and Tiffany & Co., and was making pencils at the same time nearly identical pencils were being offered by Georg Jensen, why is there any reason to believe that Edward Todd-marked pencils would be made by anyone else?
Posted by Jon Veley at 3:45 AM