Later Than You Think

There might have been something in yesterday’s article that bugged you a little bit – the notion that a Hicks family pencil with that upturned clip would have been made after 1940, and maybe even as late as 1962. Even though 1940 was 75 years ago now, that’s not a decade you’d normally associate with high quality when it comes to mechanical pencils. I for one used to associate these stockbroker-style, quality pencils with the Golden Age of the 1920s and 1930s.

Yet when I stumbled across yesterday’s Black, Starr & Gorham pencil and learned that the trade name was used between 1940 to 1962, I was prepared to accept those dates, because I’d already had some indications that these impressive pencils remained in production much later than I originally thought.

The realization came to me a few months ago, when this pair turned up in an online auction: 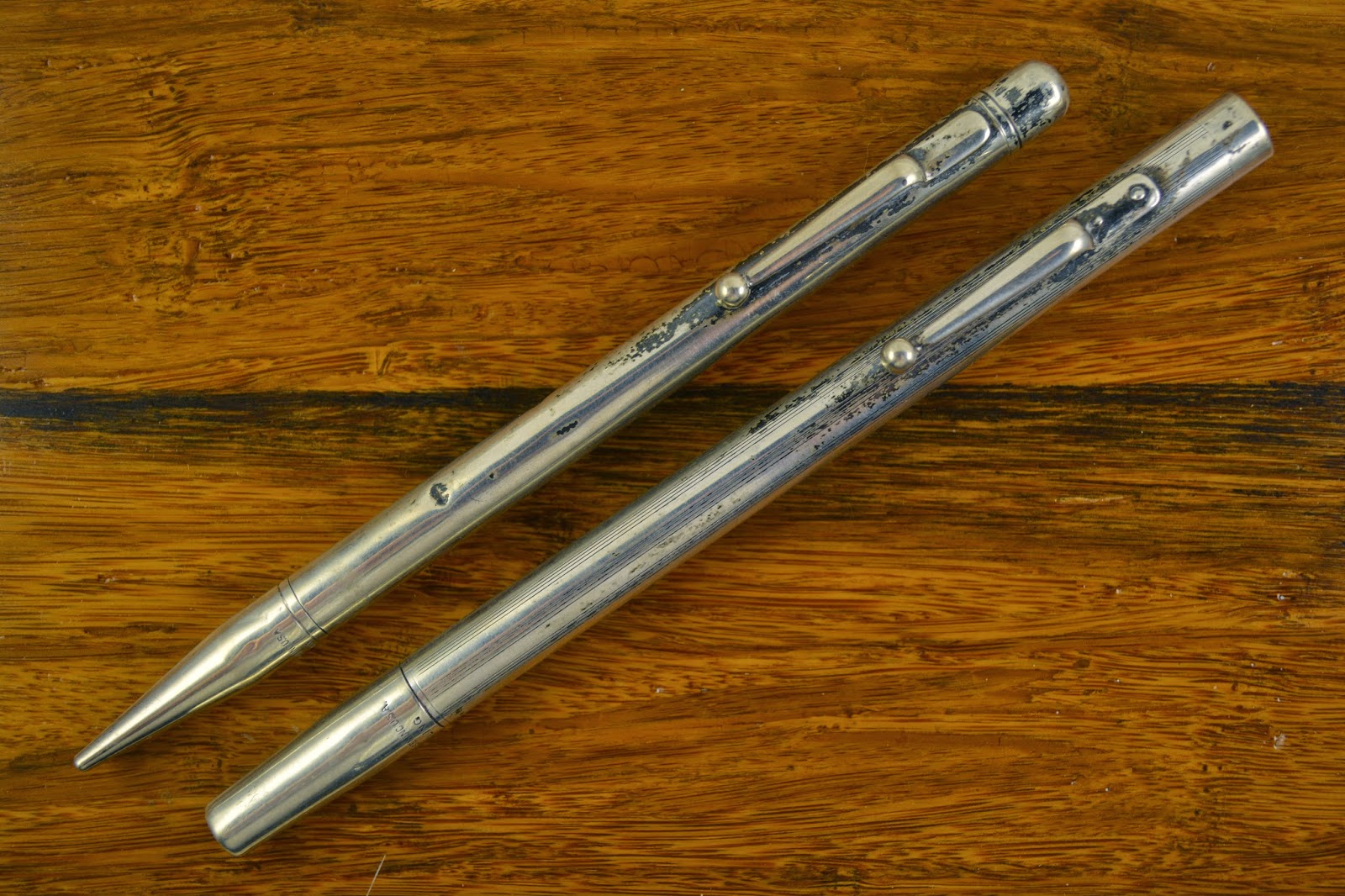 These are very similar to the Hicks family of pencils, with the exception of those straight (and in the case of the stockbroker, straight and bolted-on) clips, and both appear to be classic 1920s pencils. Both are a little bit rough, but I still thought they were worth investing a bit for two reasons: first, they are sterling, so the sheer amount of silver in this pair was nothing to sneeze at. Second, though, was the names found on them, which were absent from my stash: 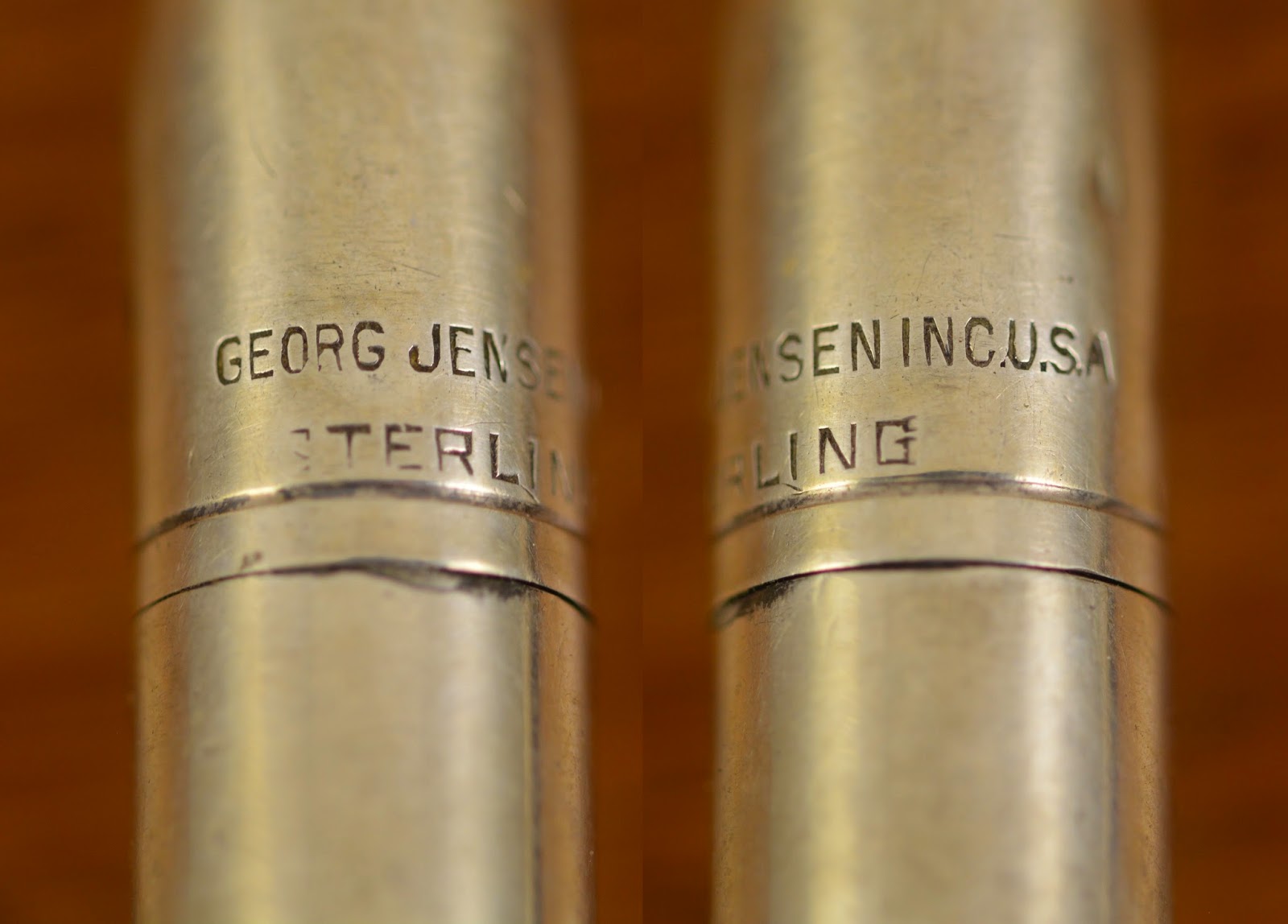 "Georg Jensen Inc. USA." In the past, I’d resisted the temptation to buy Jensen pencils. Sure, the guy was a high quality silversmith, but a Danish one – and to the greatest extent I am able, I resist branching out into non-American pencils. This time, I caved: the "USA" mark was just too close to my perimeter fence for me to resist reaching through and snapping these up.

When I started poking around on these, though, I found that the USA mark was used only for a short window in time, from around 1941 or 1942 through 1950. Even though Georg Jensen had offices in New York since the 1920s, it was impossible to import silver from Europe during the Second World War – hence the sudden addition of "USA" to the company’s hallmarks.

But could these really have been made that late?

Yes. This advertisement appeared in The Rotarian. In May, 1947. Were these just a holdover? Leftover parts from Golden Age production of Hicks pencils, like this one? 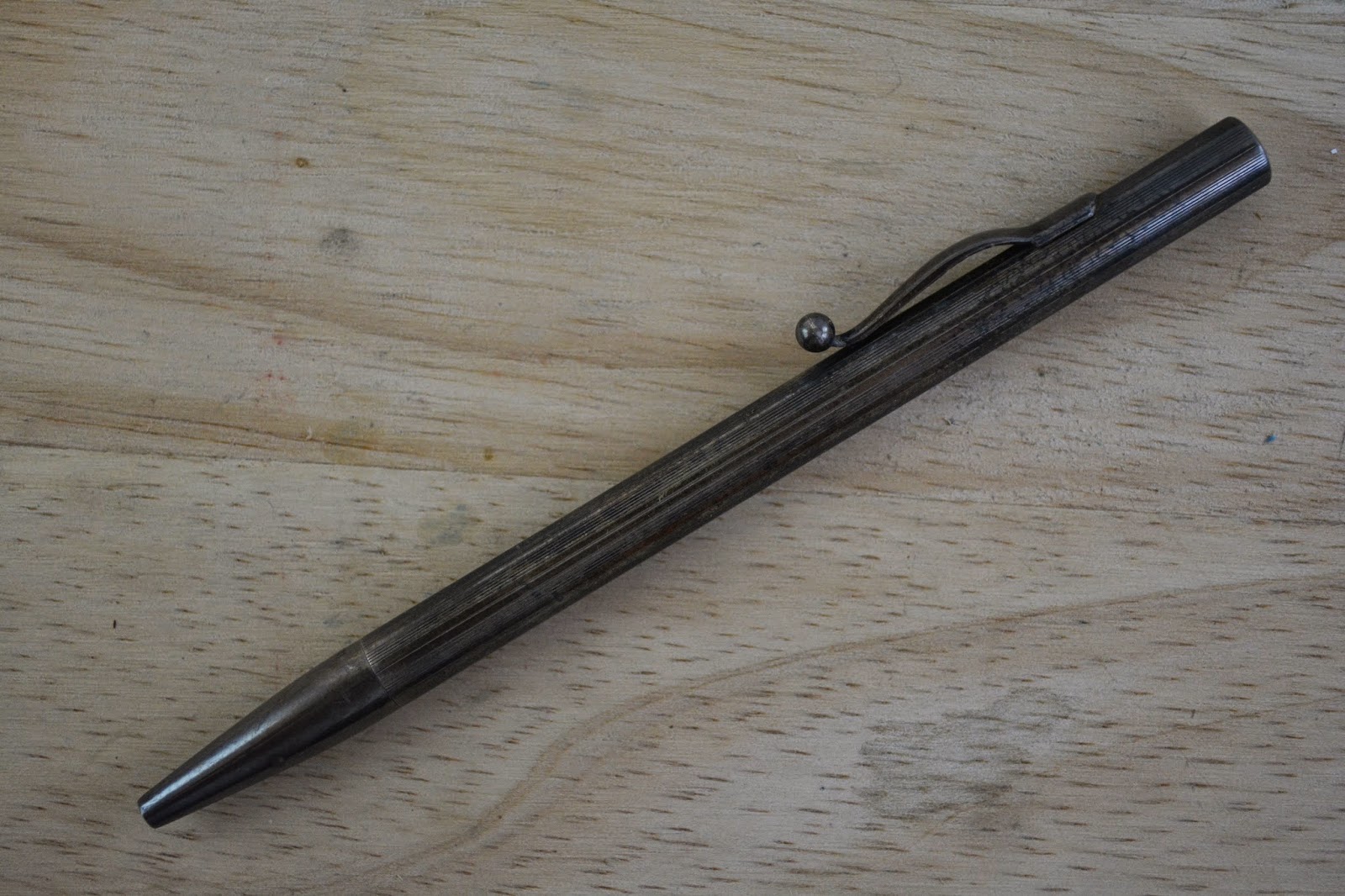 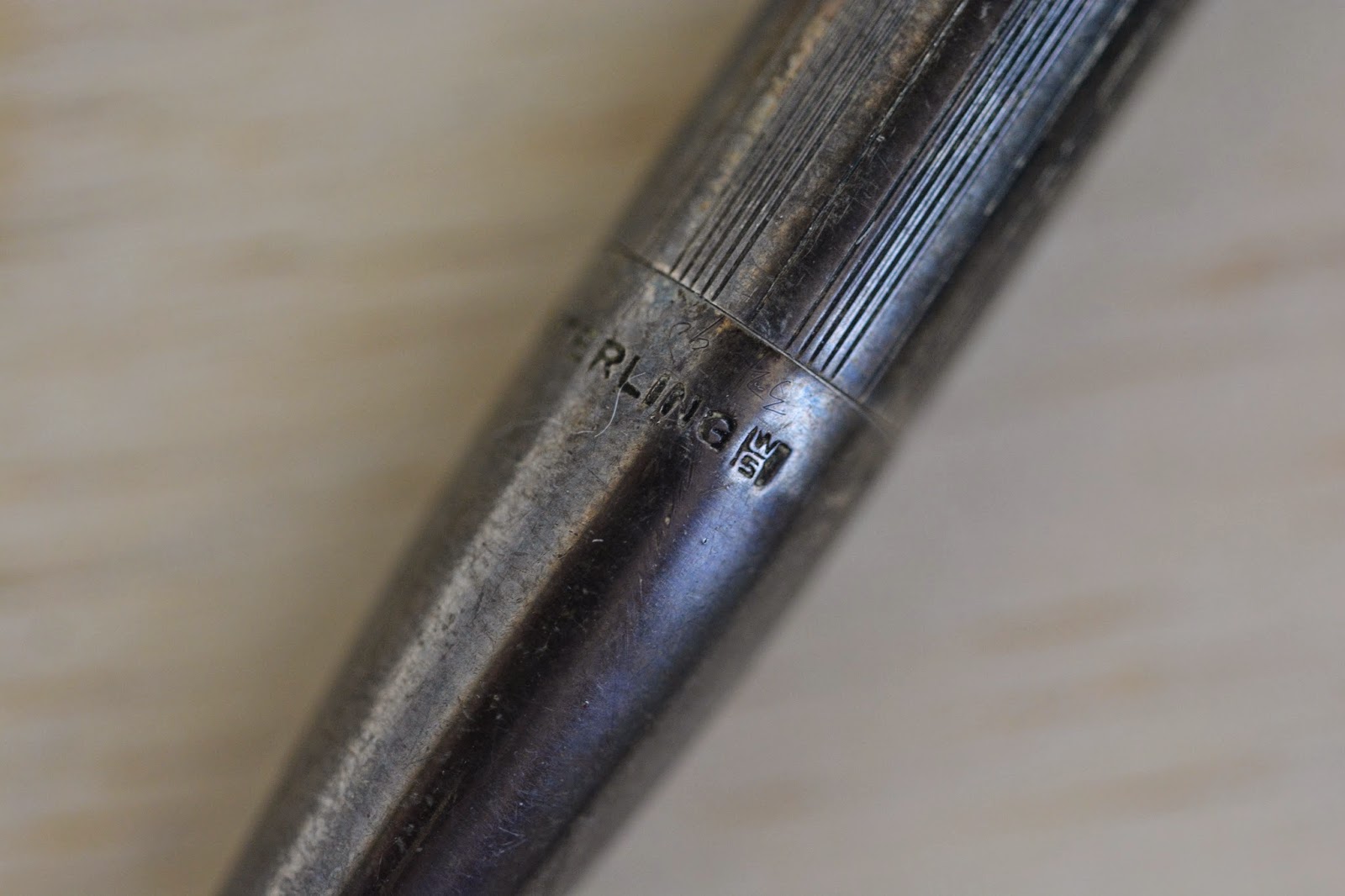 You’d think this one was twenty years earlier, until you read the inscription: