I received a Facebook message from my friend Carlos Sanchez Alamo a few weeks ago, asking if I’d be interested in a few pencils . . . obviously, I was. Here’s one of the ones that made that long trek to Ohio from Spain: 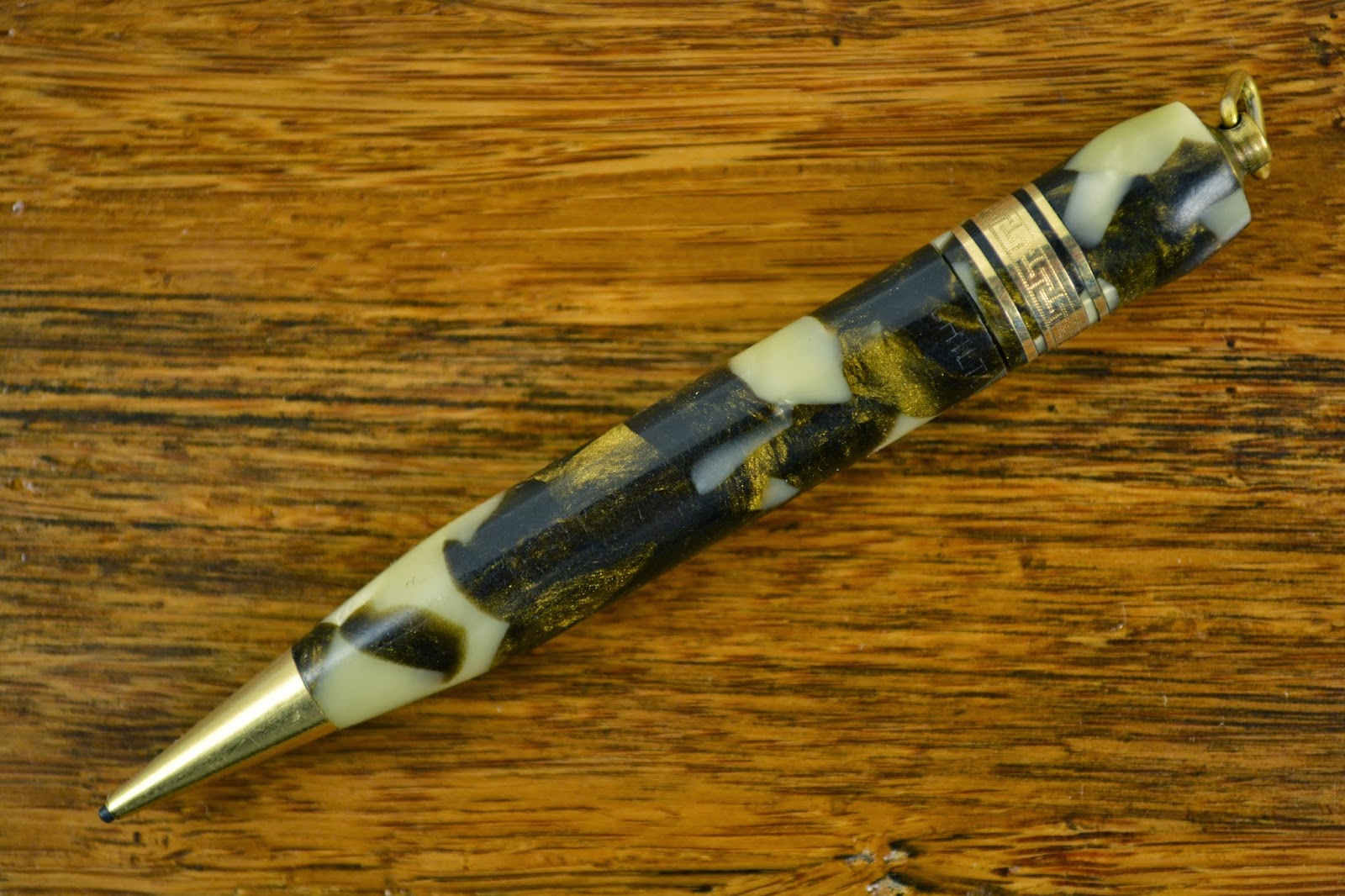 I was on the fence about picking this one up, but in person, the color is so much more spectacular than any picture can provide. 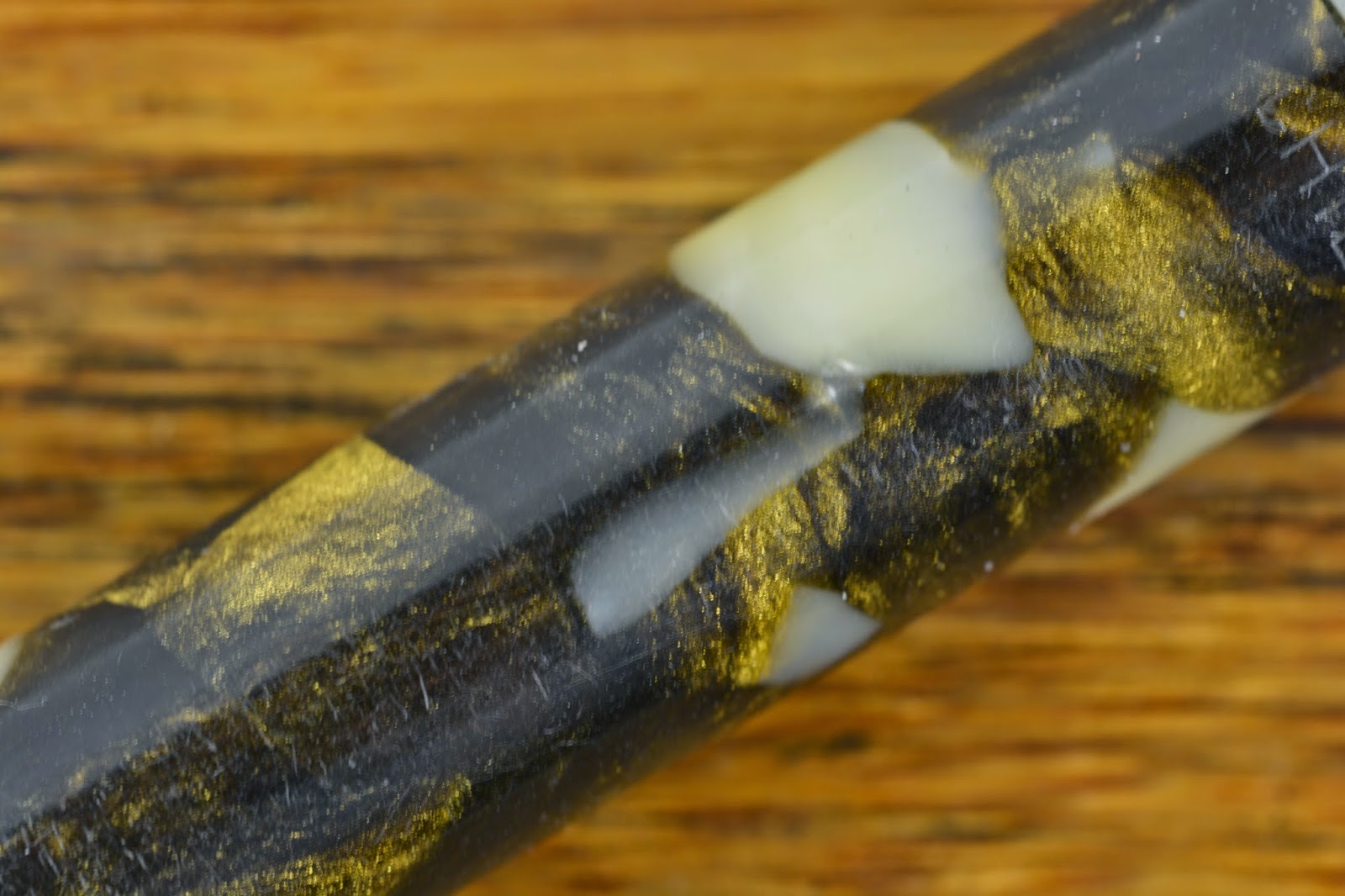 And at the top, both the Chilton imprint as well as the higher-end greek key band instead of a simple double band: 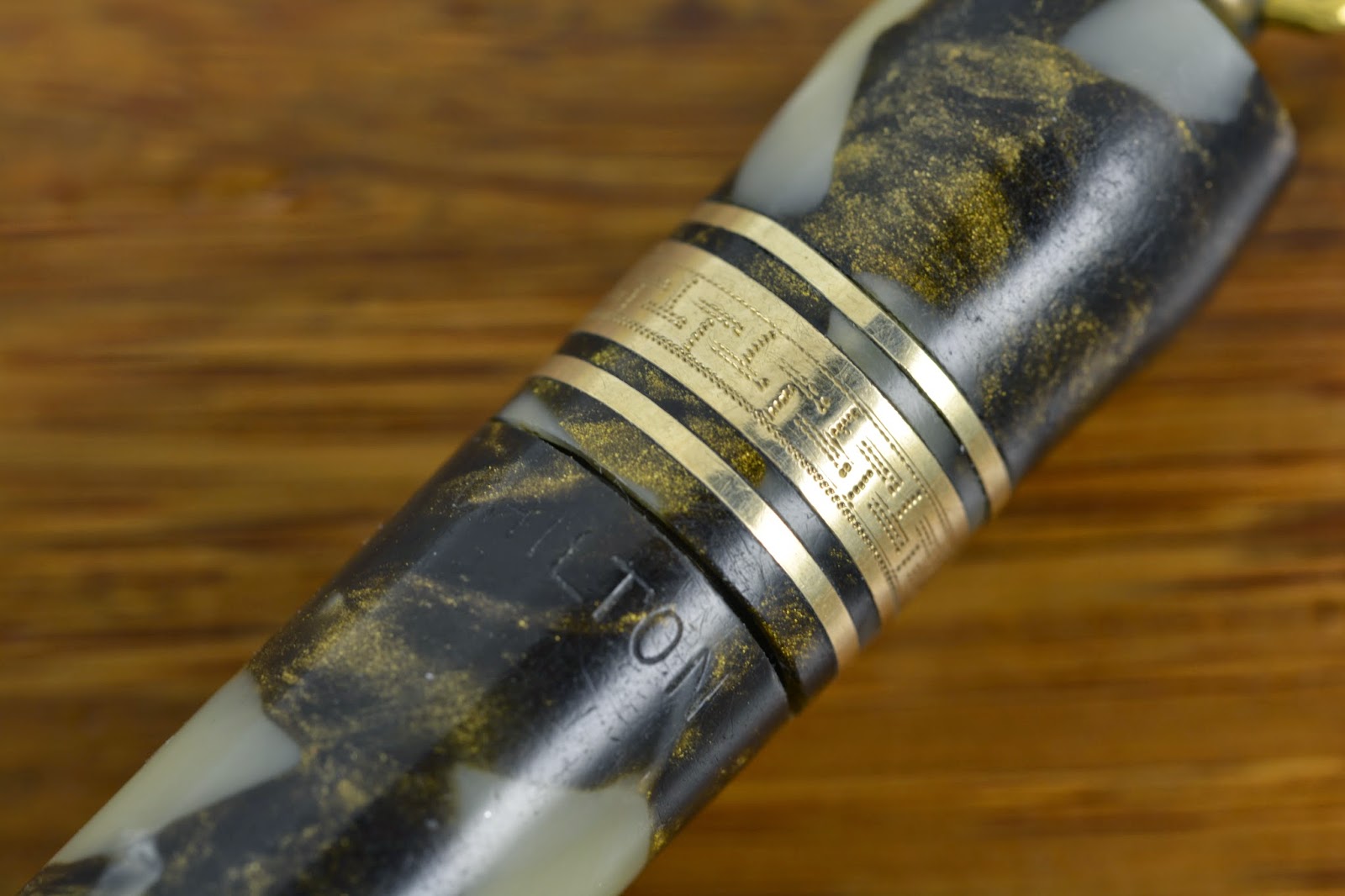 At Philadelphia, I asked Chilton collector Hirsch Davis about this color. "If that were on a pen, you’d really have something," he said. I suppose that’s the highest praise a pencil gets from a pen guy!
Posted by Jon Veley at 3:45 AM

Email ThisBlogThis!Share to TwitterShare to FacebookShare to Pinterest
Labels: Chilton