I received an email from Keith Prosser a while back, asking if I had any interest in a red hard rubber "Fin-Sharp." Why, yes I did, I answered – I had remembered photographing Joe’s red example alongside mine a few years ago, in the days before I upped the resolution, camera and lighting in my setup and was able to take better pictures: 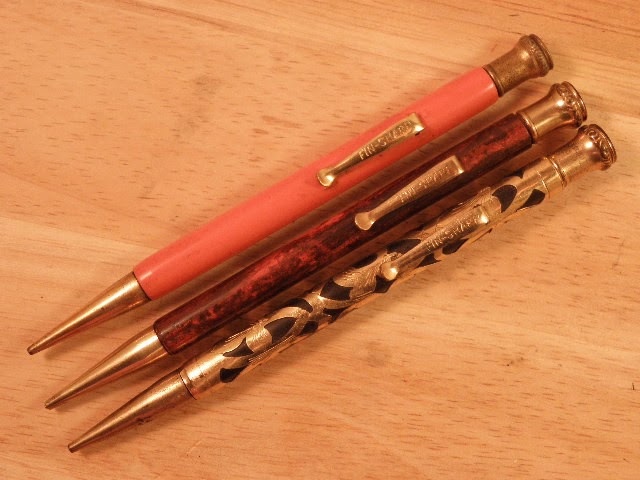 Keith had sent me a picture of it before I made the decision to bite – I looked at it, said "yeah, that’s the one" and had him send it southbound for some better pictures. When it arrived: 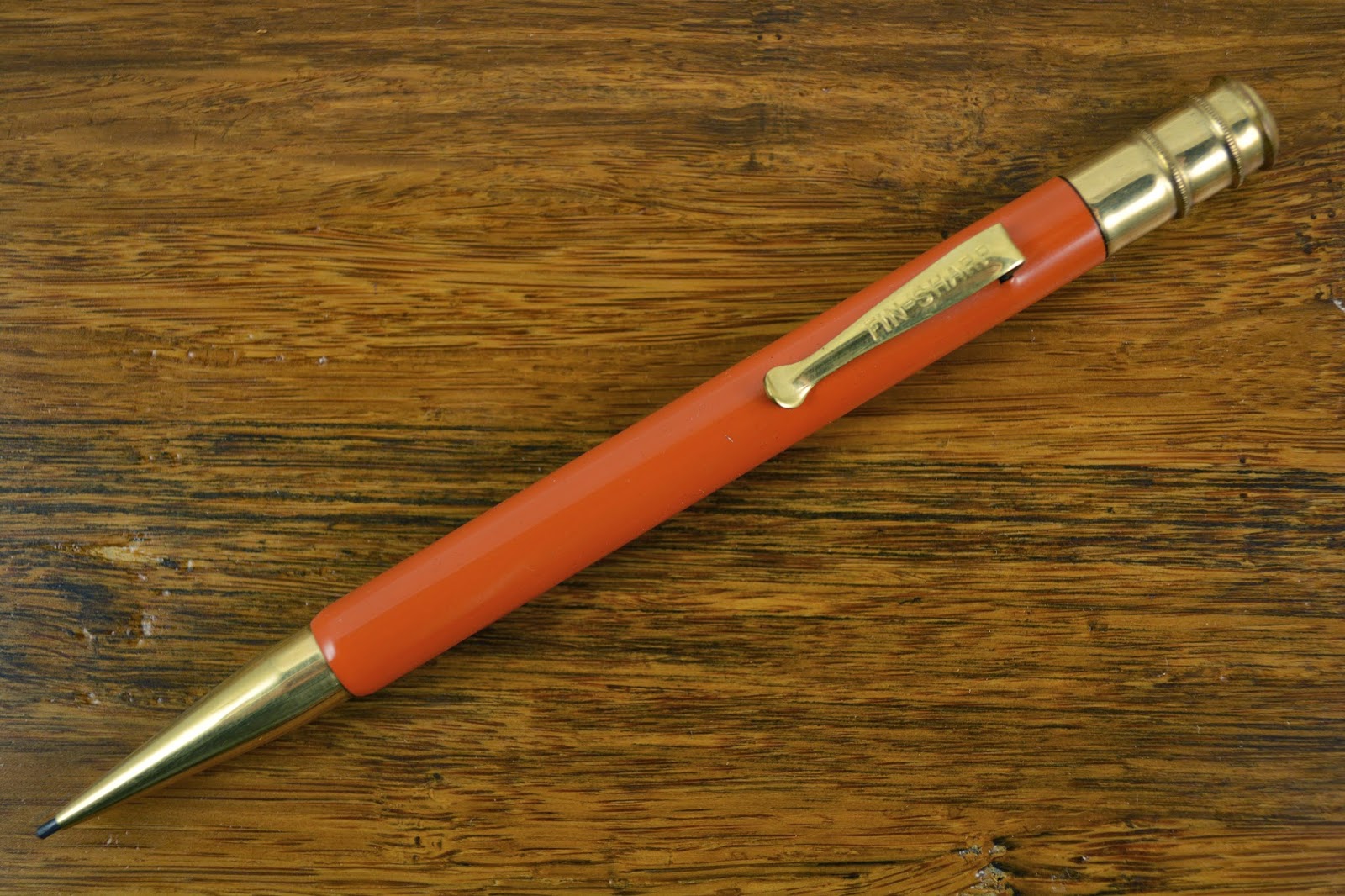 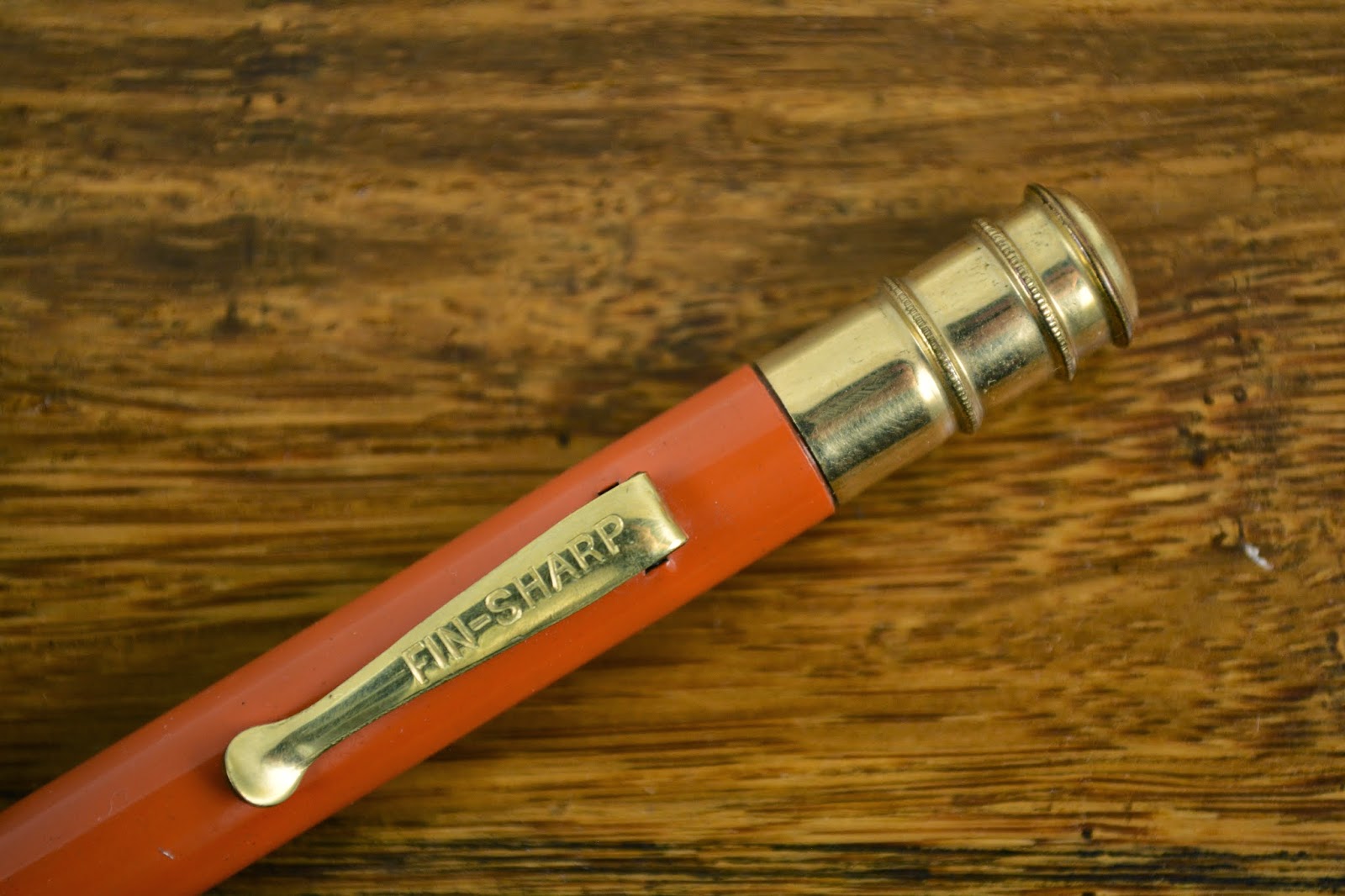 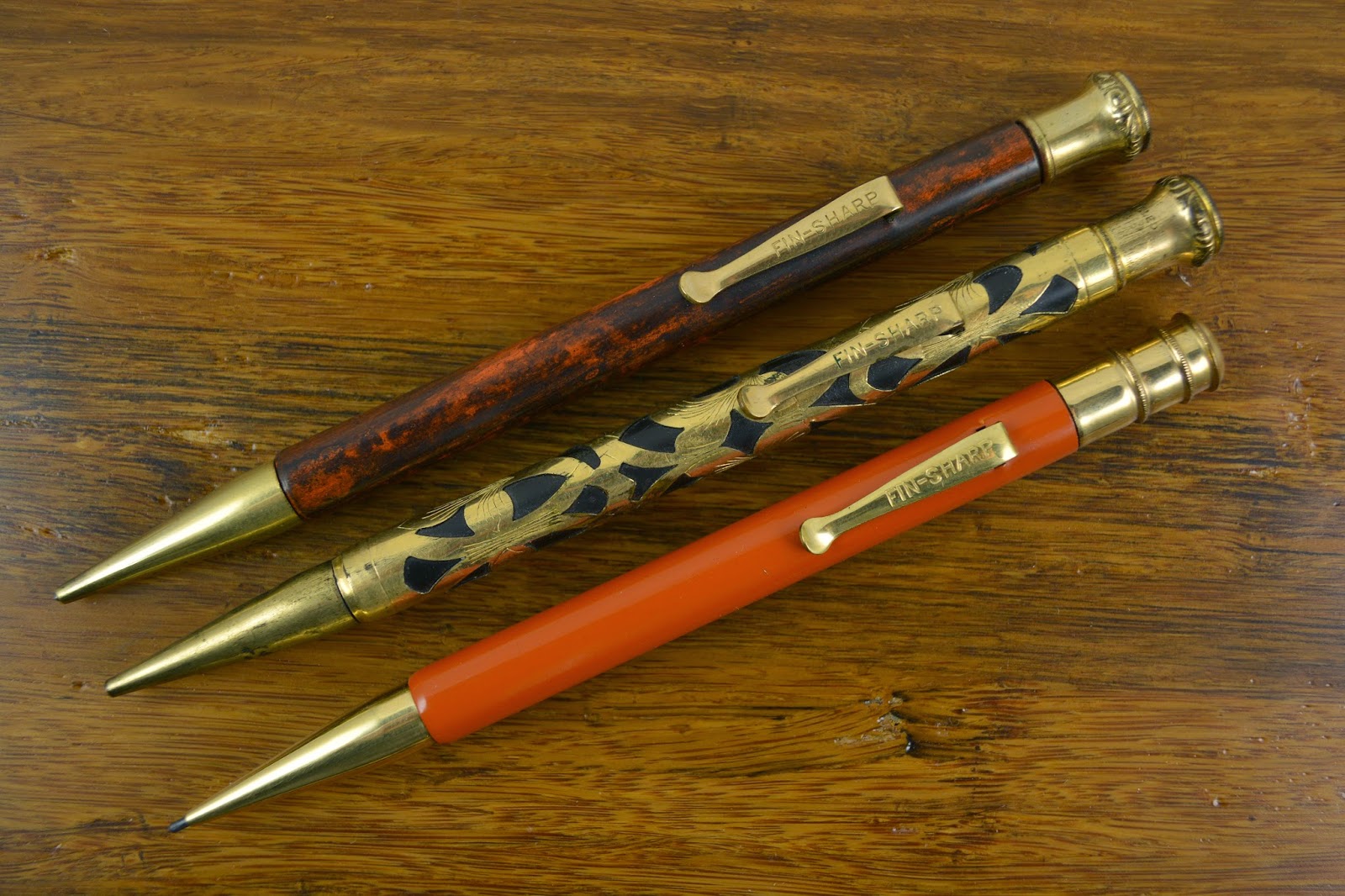 I have a love-hate relationship when things don’t quite fit in. I was really looking forward to having three nice Fin-Sharps all in a neat little row, just like I did when Joe’s pencil visited. But if that was what I received, all I would have accomplished would have been the acquisition of the same pencil in another color – it’s neat to find one that doesn’t fit the mold, and this one does that and challenges what I believed to be the orderly evolution of Eclipse’s pencils.

Let’s back up a minute so I can show you what I mean: 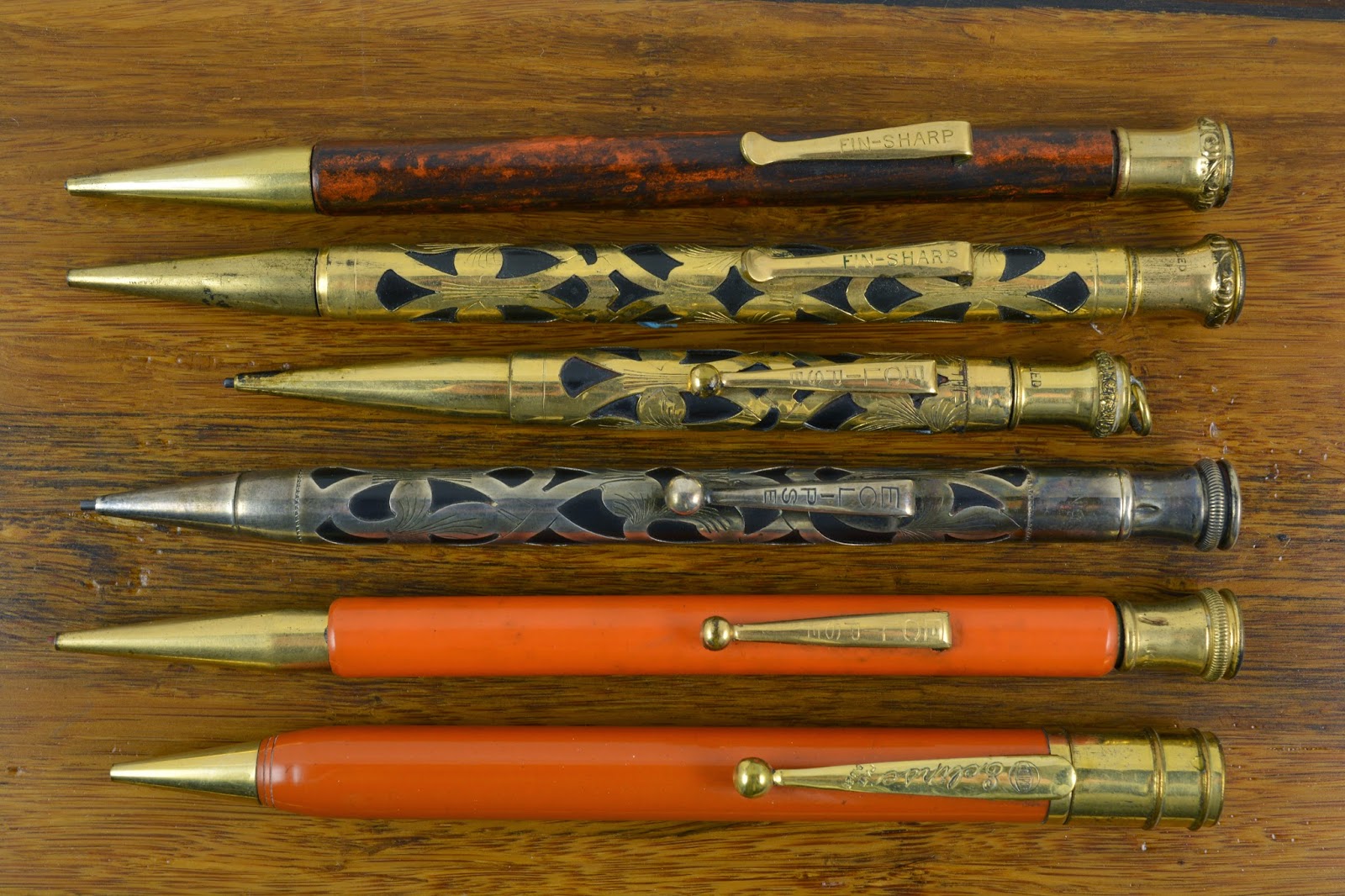 From the top, this is how I had thought early pencils from Eclipse evolved. The top two have a flat clip marked "Fin-Sharp," a pun on Marx Finestone’s name. It’s possible that Wahl Eversharp went after Marx to change the name, since the former tended to believe it had cornered the market on sharpness – it’s also possible that the name wasn’t catchy enough for Marx. For whatever reason, the clips were soon changed to a ball clip marked Eclipse, with no other real changes in the pencils: 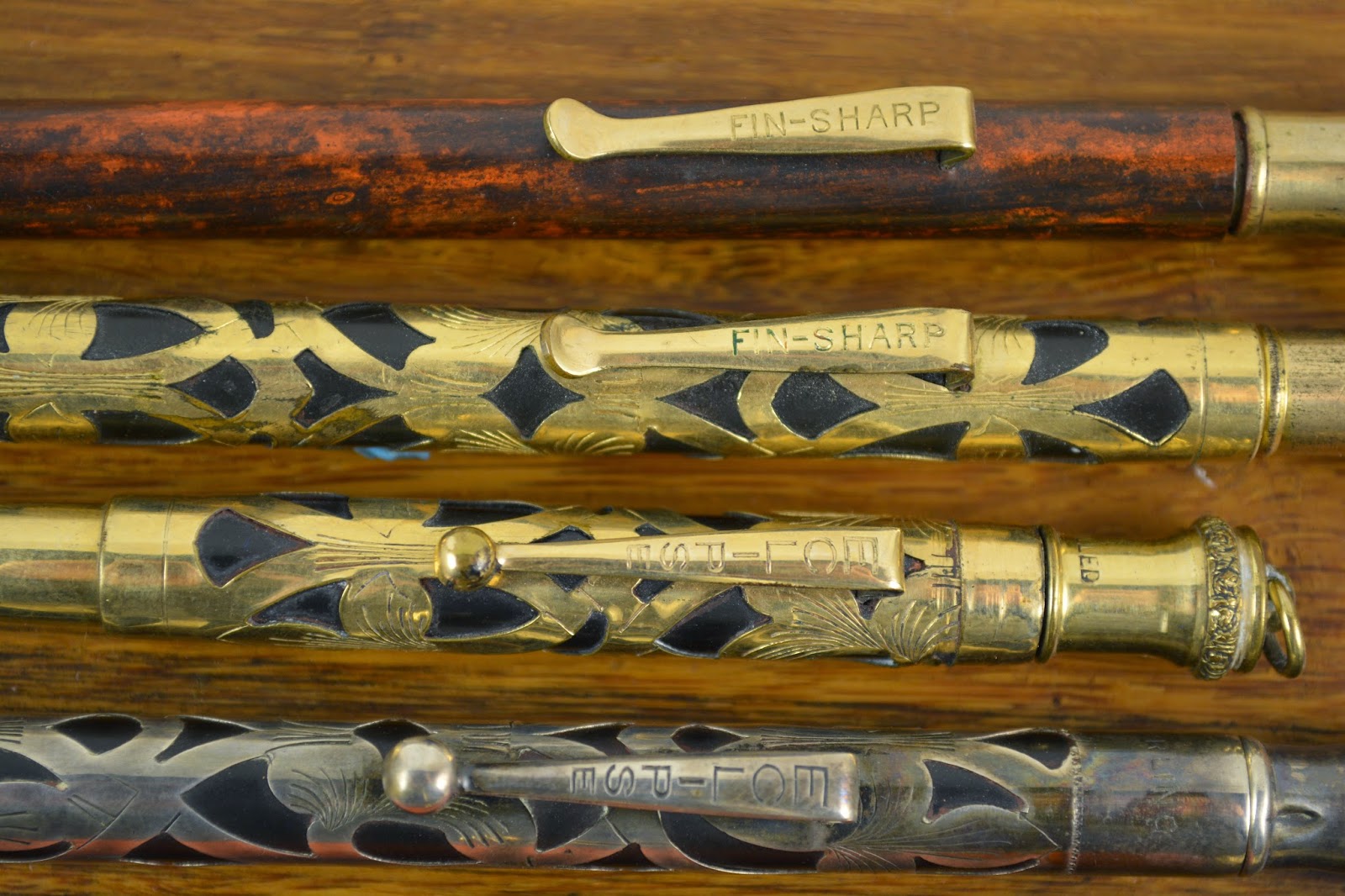 At this point, check out the "Unxld" in the index to the right – I don’t know how that one fits in, either, whether before or after the Fin-Sharp, or produced by Eclipse under a different name for another company . . .

Note that in this series, the crown top is used on everything up until the point when Eclipse patented the familiar 1923 script logo clip shown in that bottom example, at which time the top treatment was changed to a straight gold filled cap: 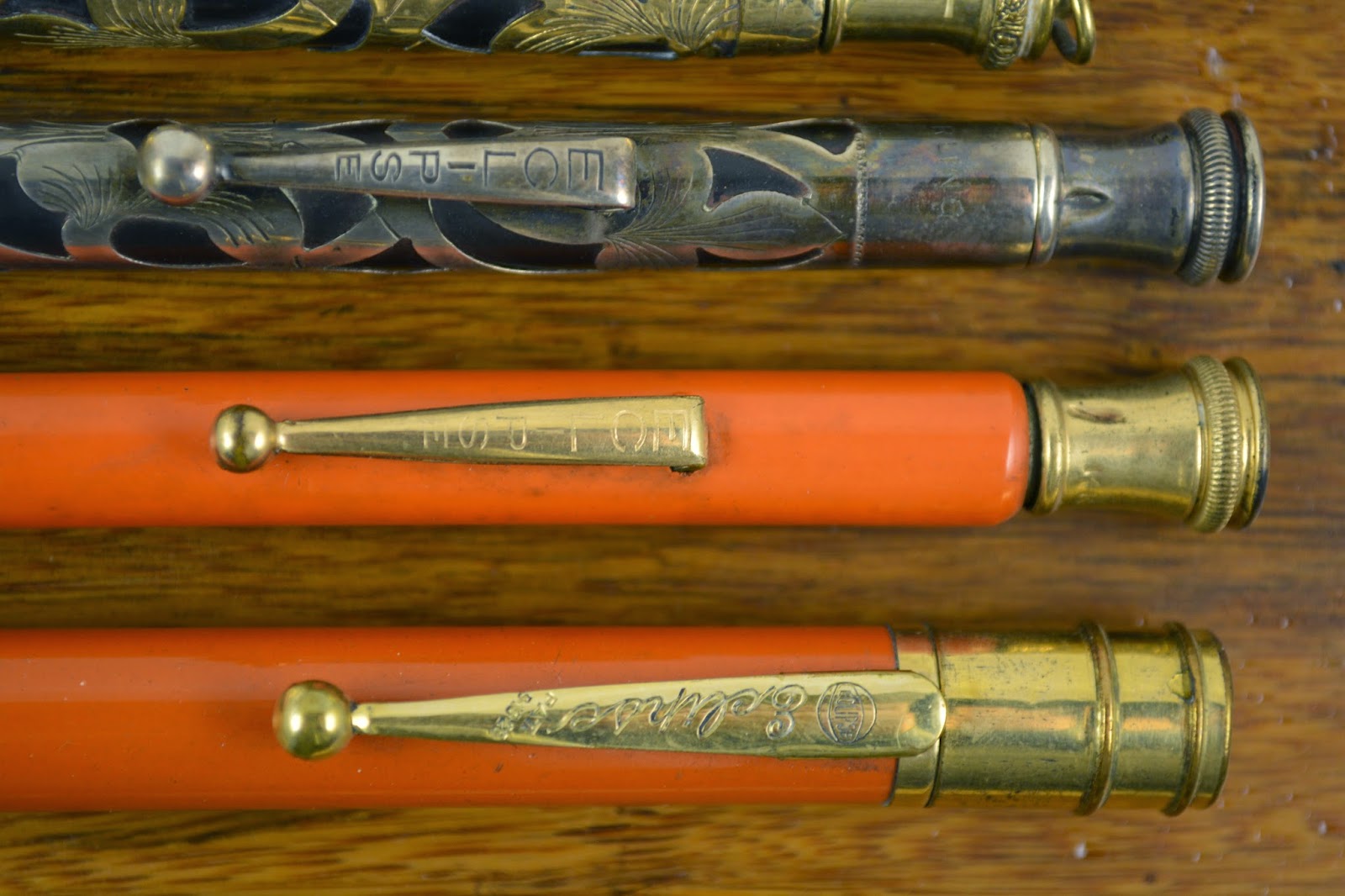 So Keith’s addition to my collection is just a little weird – part looking back to the earlier Fin-Sharps, part ahead of its time, anticipating the more streamlined look of the 1923-1924 edition. Was Eclipse using up old clips? I don’t know. Was the straight top developed earlier than I thought? I don’t know that either. 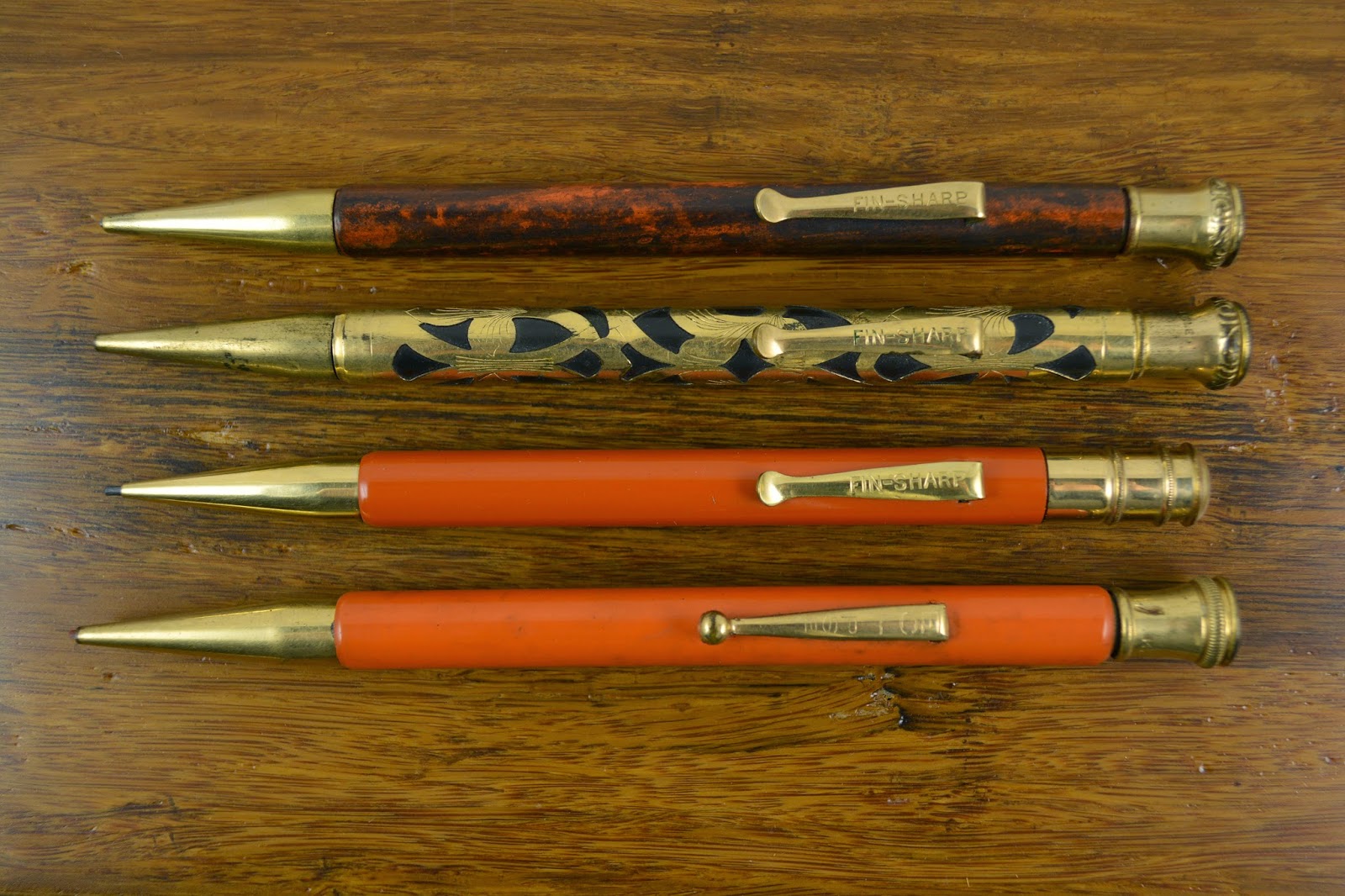 I do know I like square pegs, though.
Posted by Jon Veley at 4:32 AM