One of my favorite parts of collecting is when I turn up "missing links" – those hilly, rocky paths in between the roads well traveled. Dur-O-Lites come in a wide range of varieties, but the middle one in this picture, which turned up in a junk box for a buck at the local flea market, proved to be really interesting: 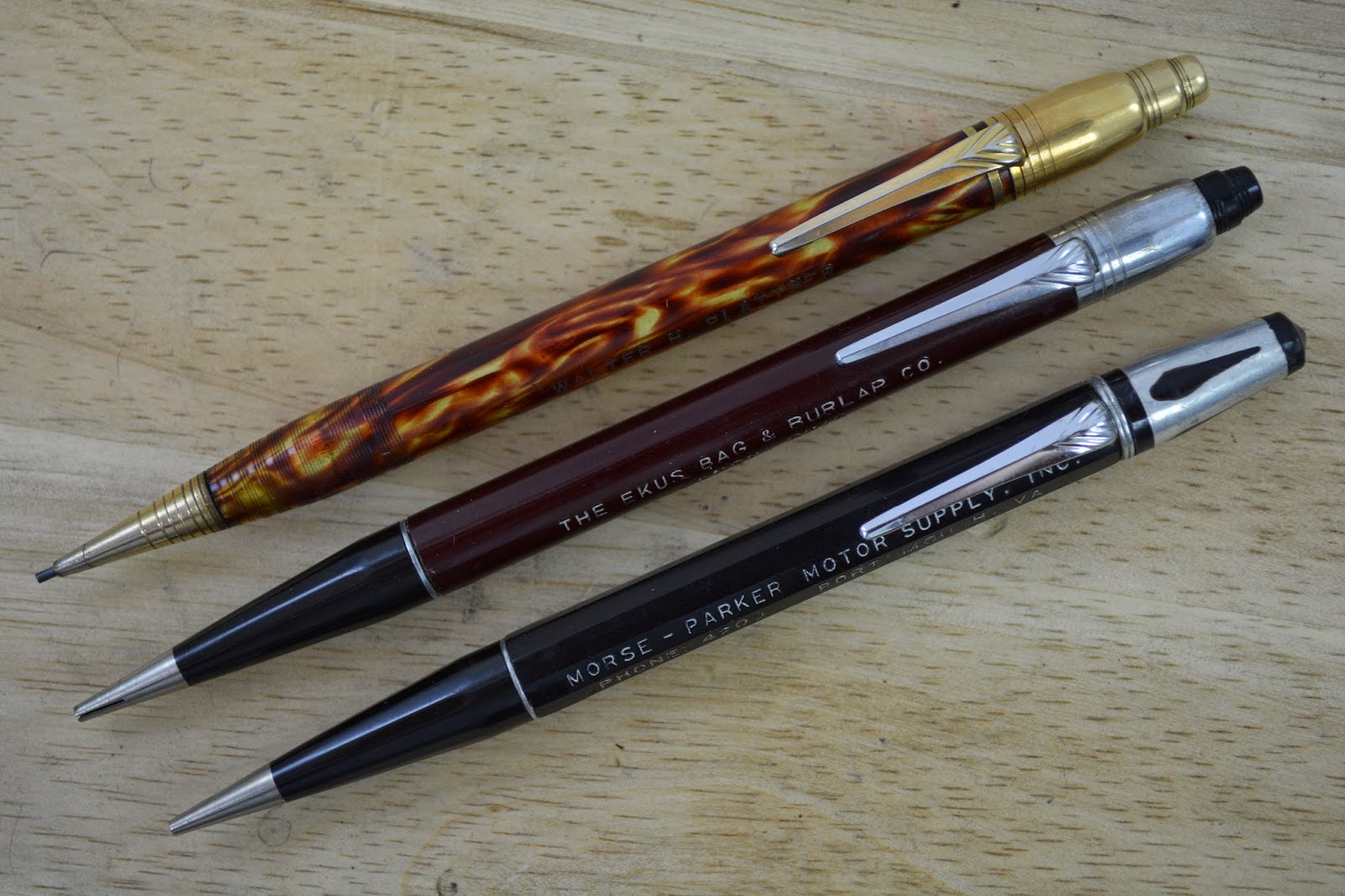 The top example is a Dur-O-Lite "Ejector Pencil." I picked this one up from my friend Mike Kirk a few years ago, and it remains one of my all-time favorites – I’ve shown it off here before, and I couldn’t resist the urge to do it again. The Ejectors were a repeater-style pencil with a screw-drive eraser integrated into the top button: 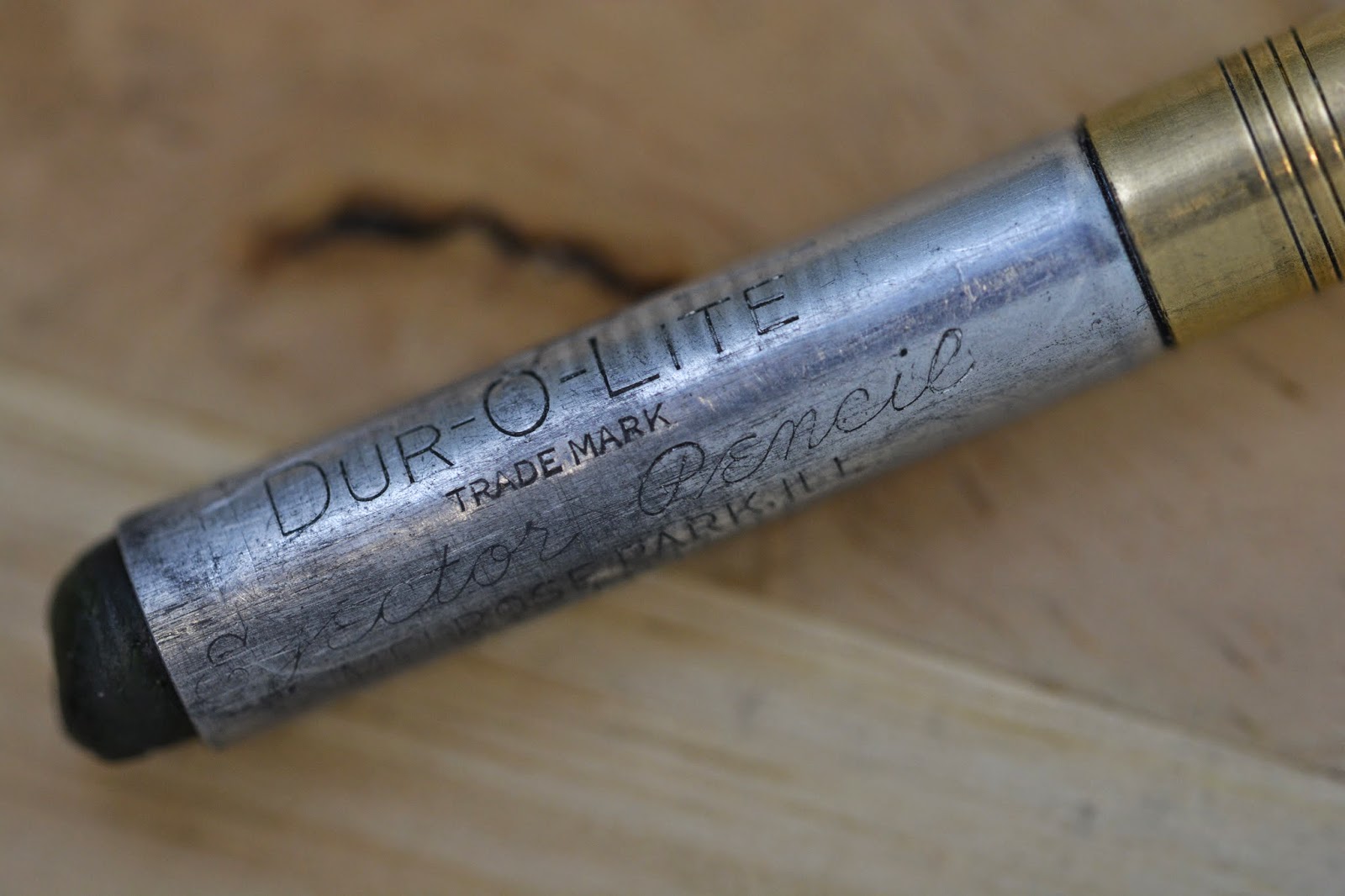 The bottom example in that first picture is a typical Dur-O-Lite nose drive pencil, with a cap that pulls off to reveal an eraser underneath.

And then there’s that middle example . . . 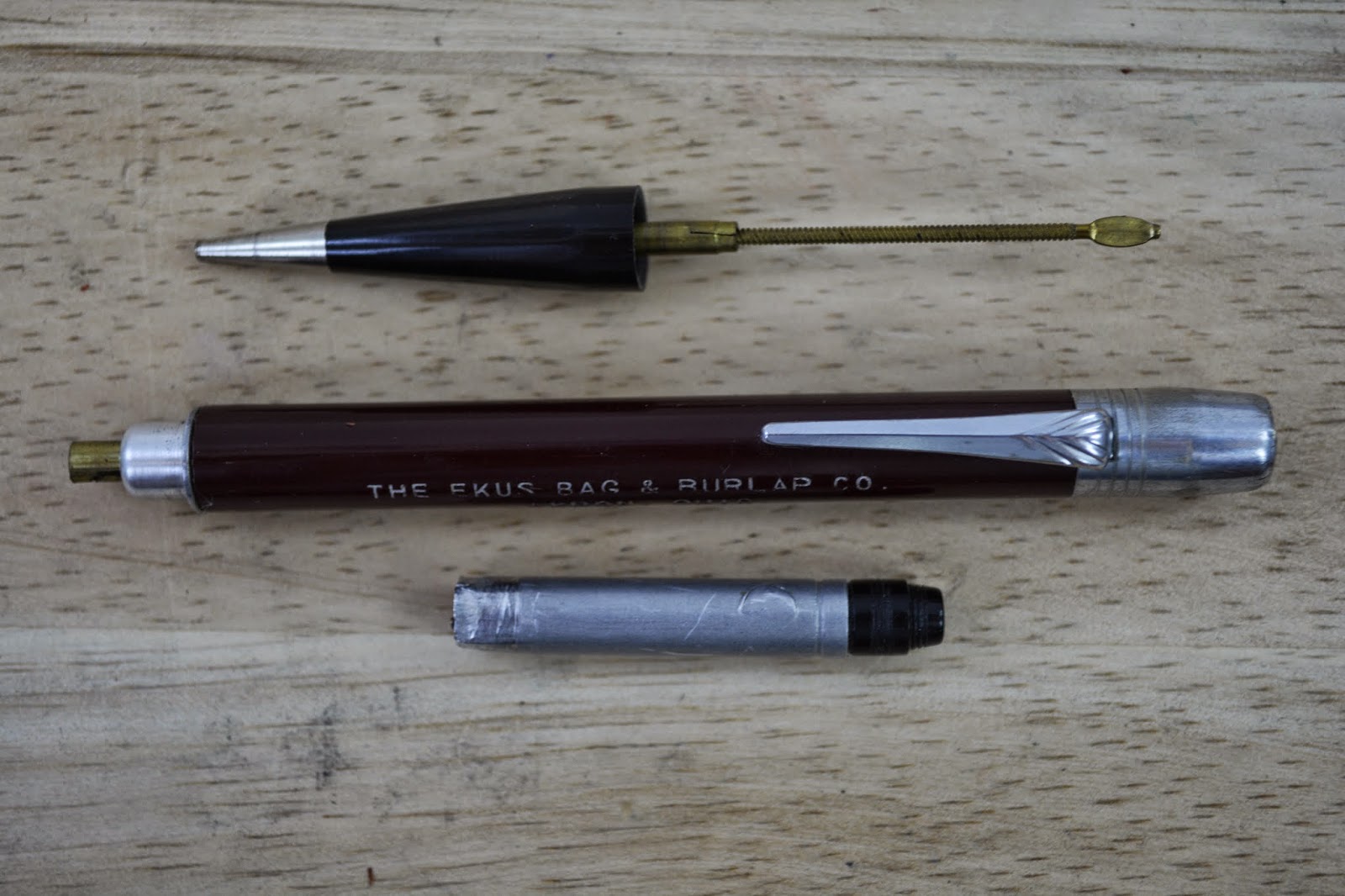 . . . with the nose of a regular Dur-O-Lite screw drive pencil, and a top taken from a Dur-O-Lite Ejector – complete with a "button" that doesn’t do anything. The side of the top button assembly is unmarked, and I don’t have any Ejectors (or their predecessors, the "Dur-O-Matic") with a black plastic button. 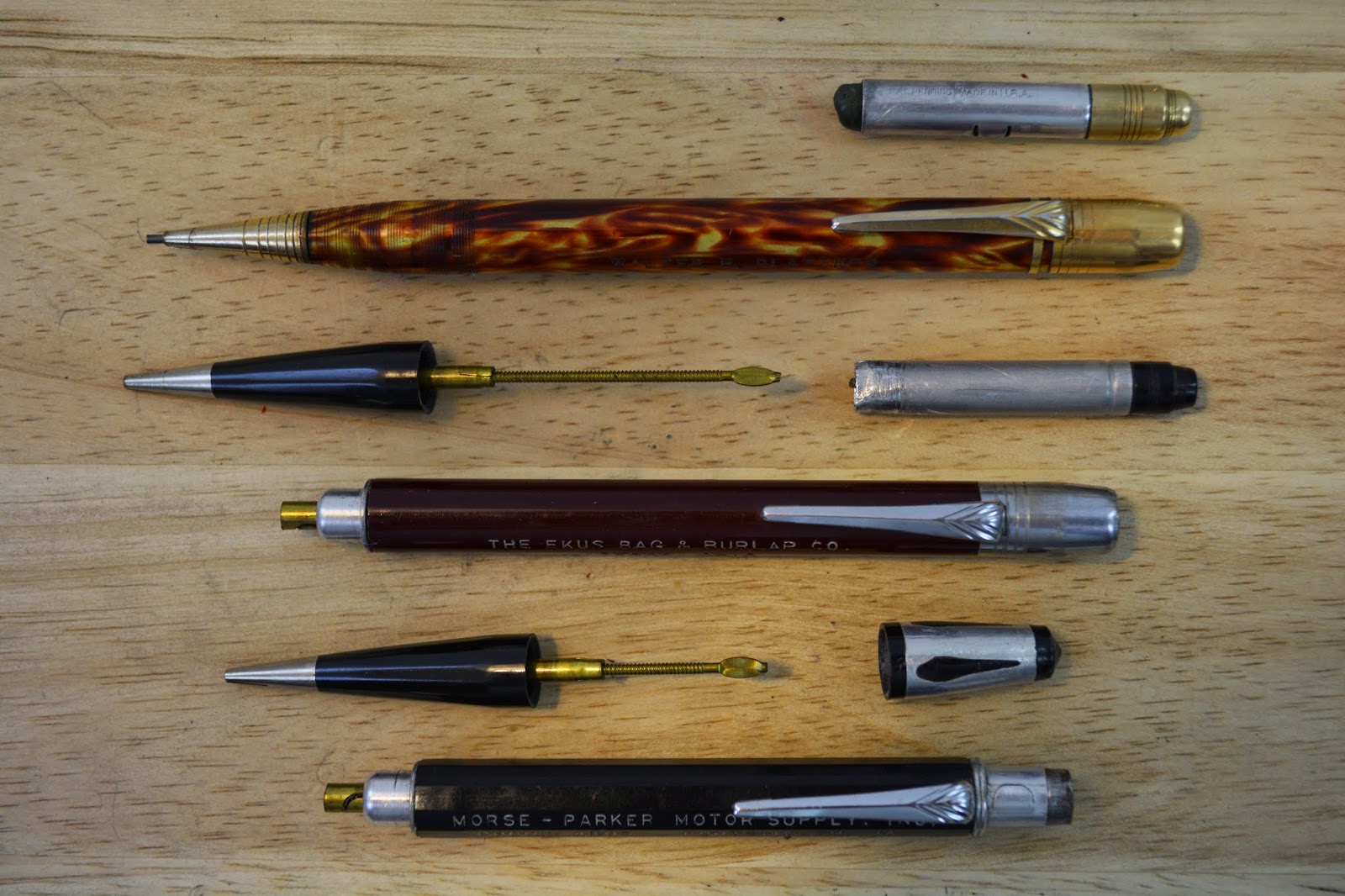 The mix looks so natural that I have no idea how many of these I’ve breezed right on by. Whether these were a transitional model, or the sporadic repurposing of leftover Ejector parts, isn’t a question I’m prepared to answer yet.
Posted by Jon Veley at 3:45 AM

Email ThisBlogThis!Share to TwitterShare to FacebookShare to Pinterest
Labels: Dur-O-Lite