This stockbroker pencil turned up at the Ohio Show: 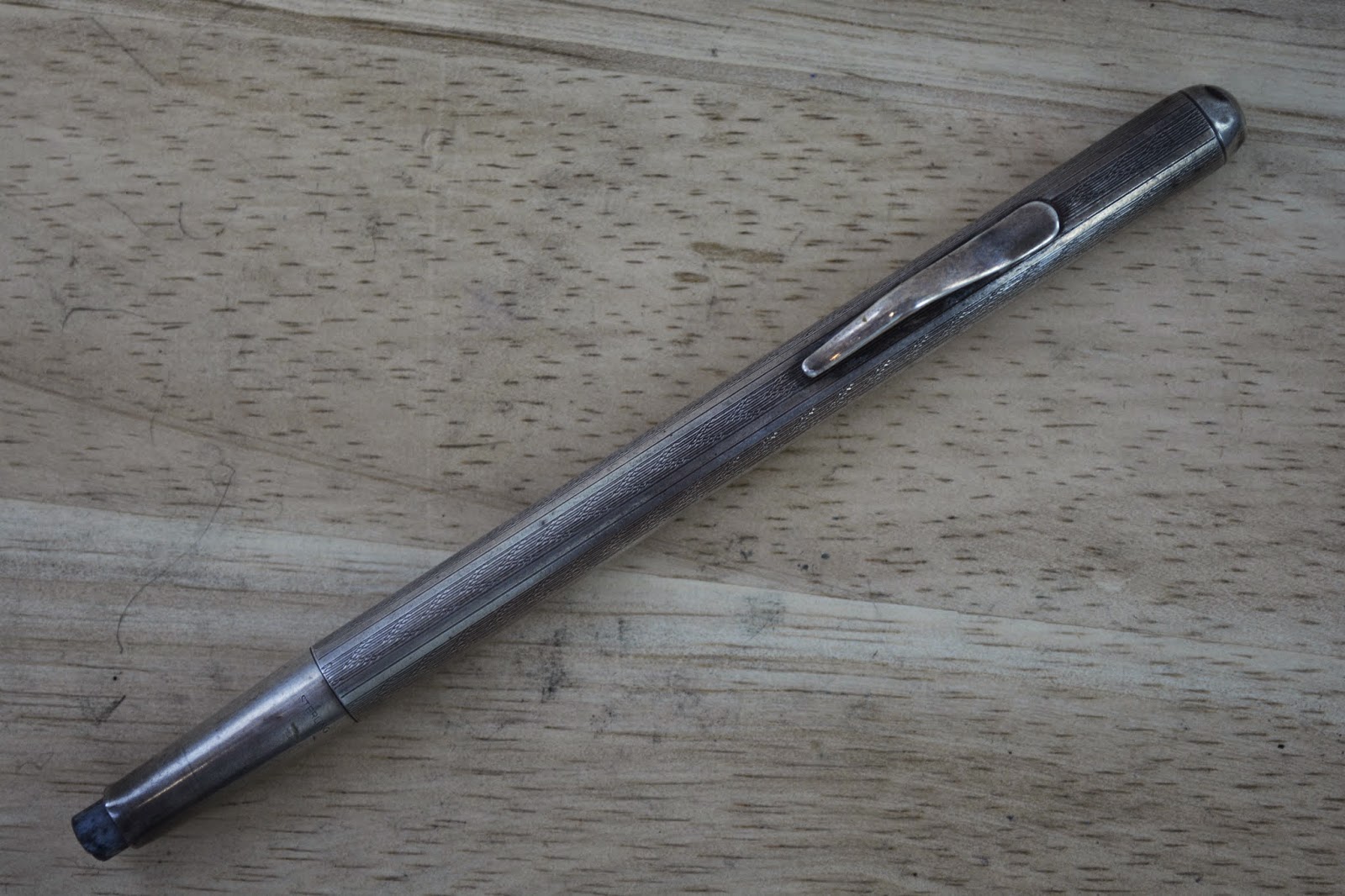 The overall profile matches that of the Hicks family. The clip lacks the distinctive upturned ball, but it doesn’t appear that it ever had one: 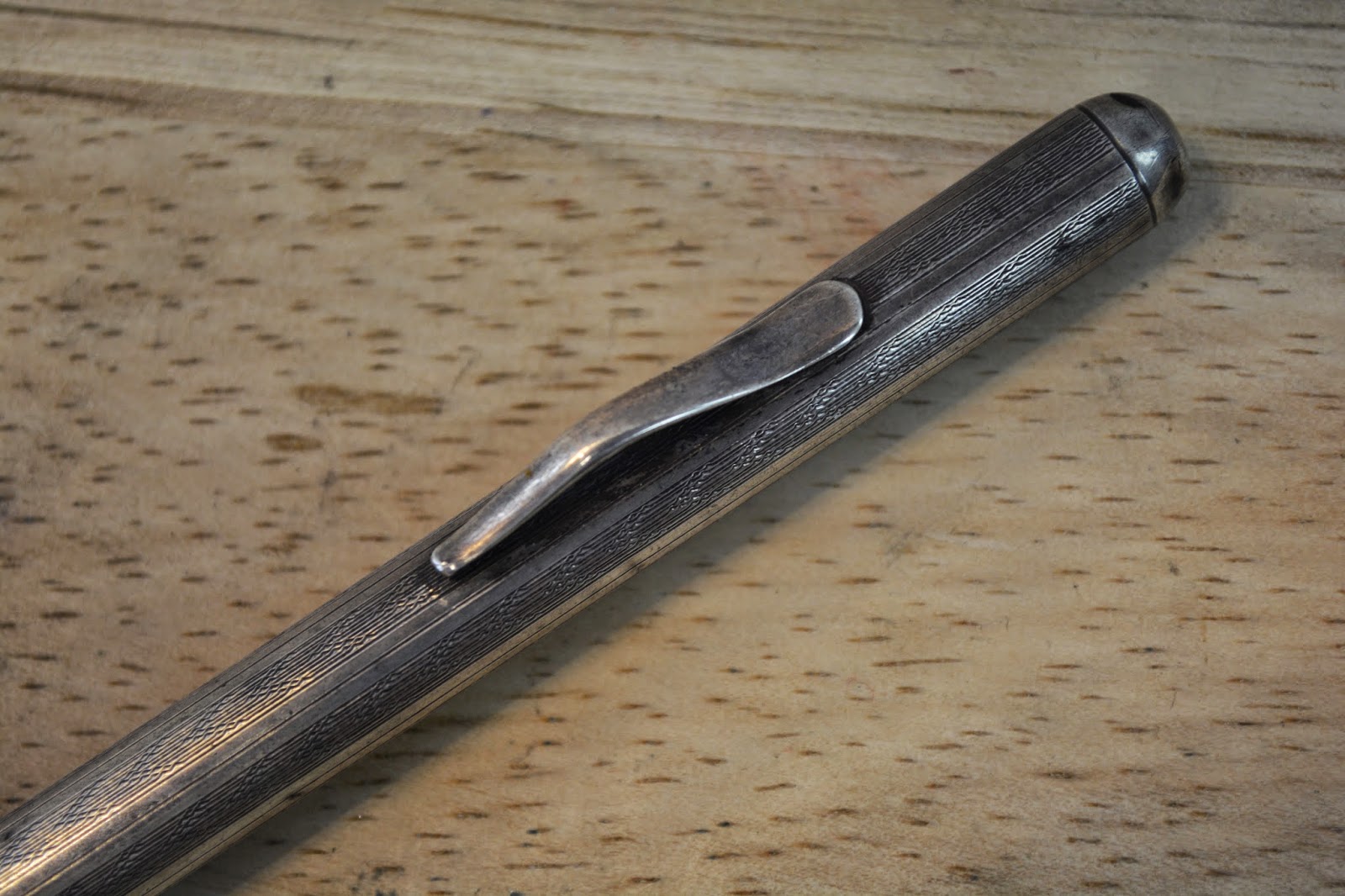 The engine turned pattern on this one is pretty close to Eversharp’s "Dart" pattern, but I think that’s a red herring. The pattern is close enough to the Hicks-marked Cartier I showed off a couple days ago, that I remain confident this pencil’s origins lie in New York, not in Chicago: 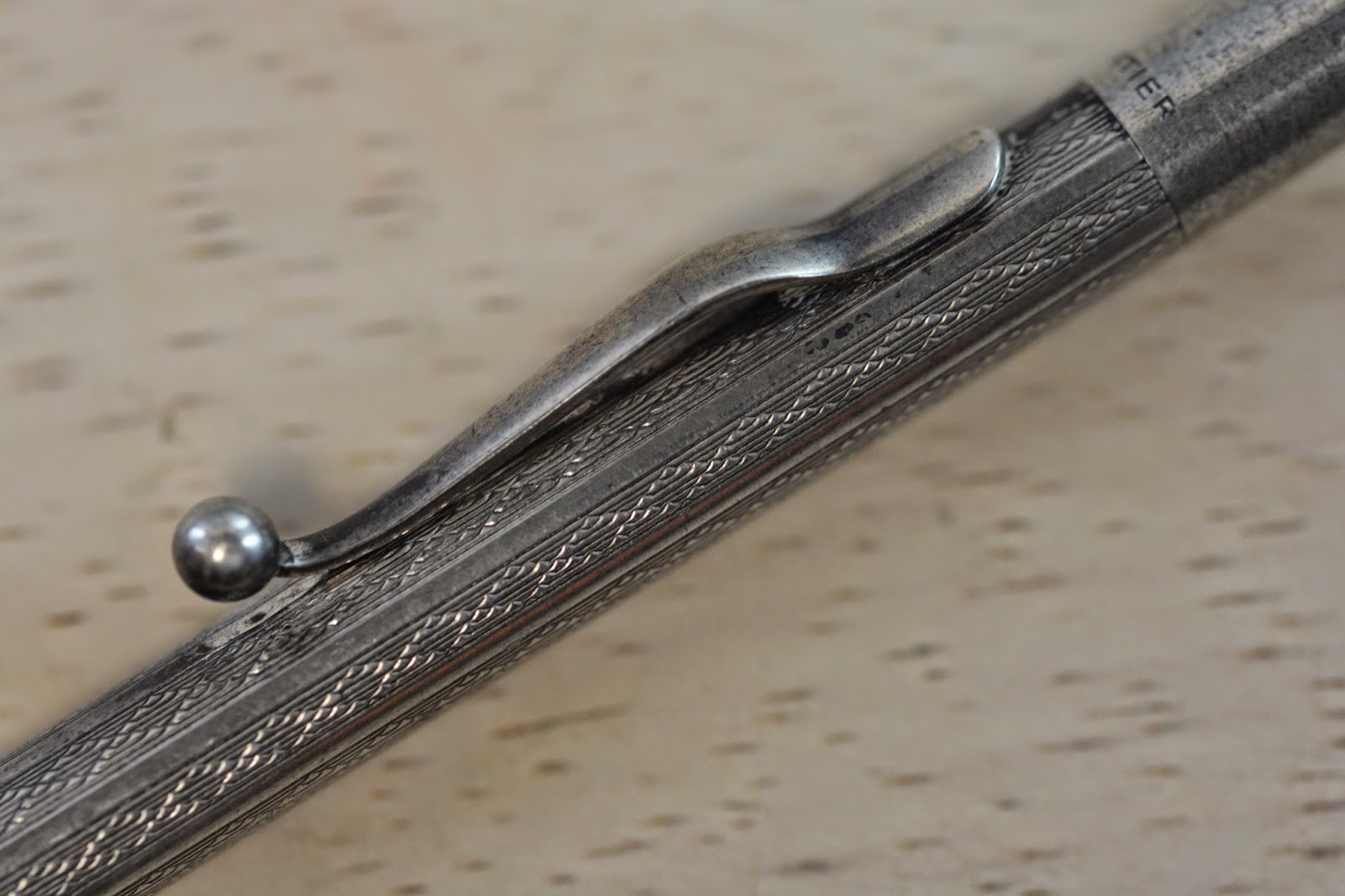 However, the hallmark doesn’t match anything else I’ve seen in this family: 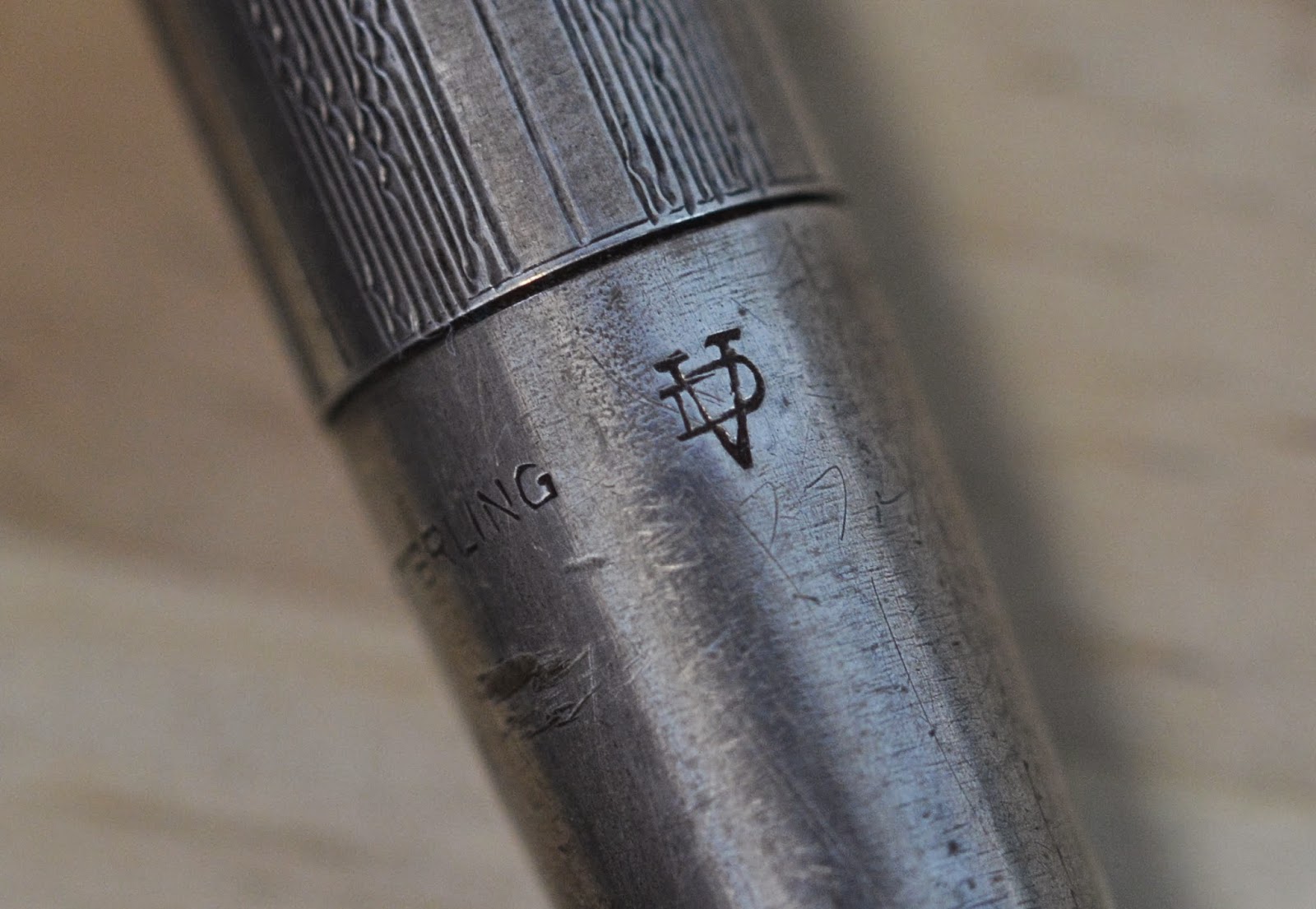 I’m not sure whether it’s "DV" or "VD," although the latter might explain why you don’t see many of these around. There was a silversmith named David Vinton, but he traded a full century before this one was made. Clarence A. Vanderbilt used a similar sort of mark, with the CA nested inside the arms of a V, but I can’t find an heir apparent with the initial "D." There’s no silver content stamp or European hallmarks, which eliminates any continental possibilities in my mind.
Posted by Jon Veley at 3:45 AM