The pictures of this one in an online auction last year weren’t that great – but they were clear enough that I had my strong suspicions that it might be important.  And it is. 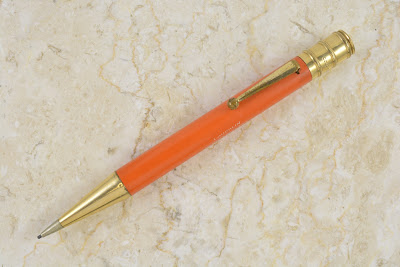 The description in the auction listing was what attracted my attention: Laughlin, the Detroit pen maker/pen jobber/pen repair and distributor who has quite the cult following (see “The Long Awaited Laughlin Article” at https://leadheadpencils.blogspot.com/2013/04/the-long-awaited-laughlin-article.html).  I couldn’t see the imprint in any of the pictures, but I was sure he was right and when I received this one he proved true to his word: 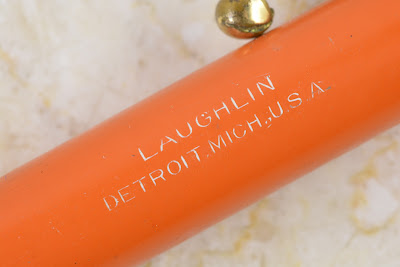 What interested me about this one is how it’s put together.  Note that cheap (and somewhat worn) z-clip? 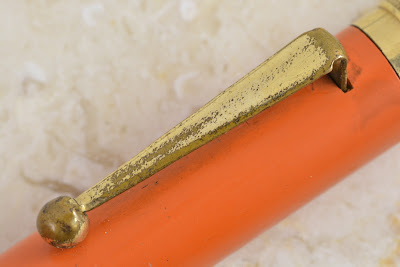 Laughlin is a cult interest of mine as well, as part of my devotion to a different cult – the Rex Manufacturing Company of Providence, Rhode Island.  Laughlin was one of Rex’s customers, and I’ve got a couple others along these lines.  One, an earlier model, appeared here with a “Pat. Pend.” stamp I haven’t found elsewhere on the clip (see “Three Interesting Rex Patent Pencils” at https://leadheadpencils.blogspot.com/2017/08/three-interesting-rex-patent-pencils.html): 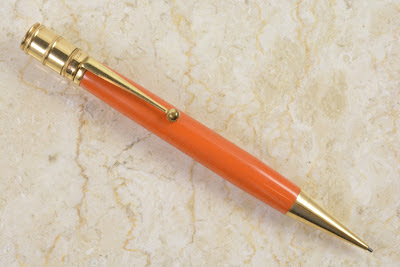 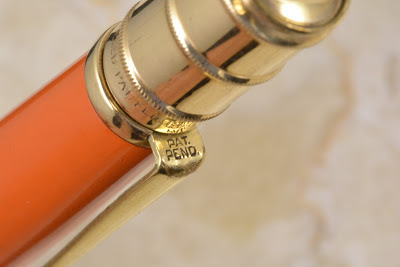 The Pat. Pending refers to one of Rex’s “four horsemen” patents - at least that’s what I call them, since four patent dates are so often found printed on the caps of these (for the full rundown of all the Rex patents, see https://leadheadpencils.blogspot.com/2013/03/prequel-lets-make-that-birth-death-and.html): 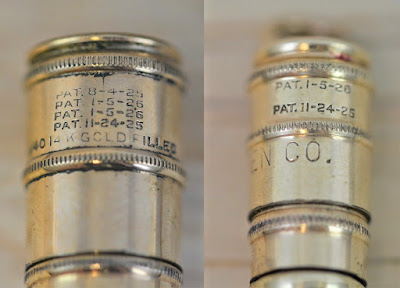 Two of the “four horsemen” patents incorporate a washer clip just Parker’s, including the earliest of the four, issued to Charles H. Patton on August 4, 1925.  I think that’s the patent referred to as pending on that Laughlin pencil, which has the same, one-piece tip seen in Patton’s drawings (the two-stage tip came later): 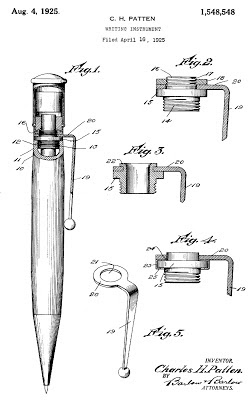 I’ve got another Laughlin pencil, one which includes all four patented features on Rex pencils.  Here they are alongside one another: 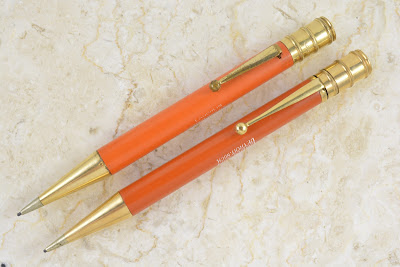 Neither has any patent dates on their caps: 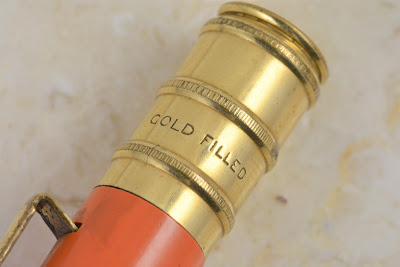 In fact, comparing the two side by side, the cap has been totally redesigned on the z-clip Laughlin: 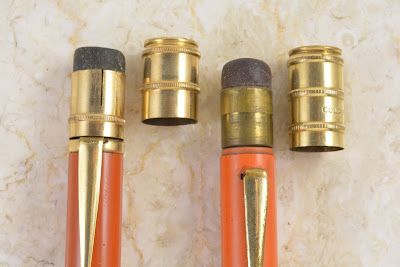 And there’s something else really interesting about the z-clip Laughlin: the top turns, but doesn’t do anything.  It’s a nose drive pencil.  Every other Rex pencil I’ve seen has been rear-drive.  That’s really interesting, and suggests that someone was fabricating completely different pencils using Rex parts already on hand, without using the famous Rex clip assembly. 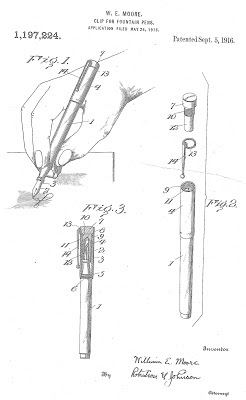 We know the litigation was still going strong in 1926, when a published decision of an appeal in the case denying Rex permission to amend an answer.  I’ve theorized that Parker ultimately won the case, but that it took a long time to get there, since Rex pencils using the four horsemen patents are so prevalent and made for so many different customers: 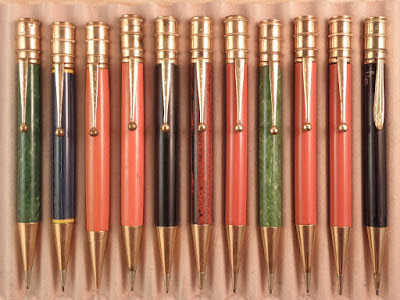 Further, some of the most common brands, such as Montgomery Ward’s Gold Bond pencils, continued to use the four horsemen features through 1929, changing to the “new style” in 1930: 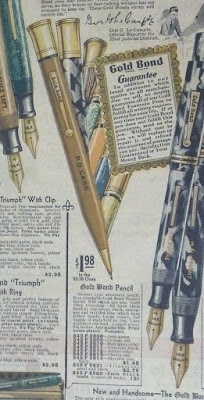 The only pencils I’ve seen which have the 1930-and later short tips and the old four horsemen clip assembly are directly tied to Rex: this pencil and the Triad Tubes one that proved the link between Rex’s demise and the formation of Triad (Tri-Pen): 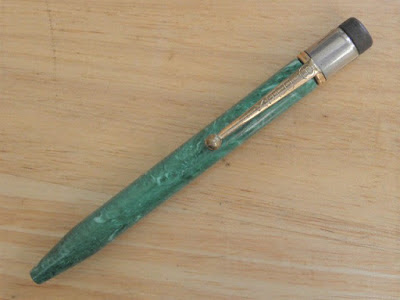 This suggests that Rex was already playing around with moving towards the new short tip design, but during this transition the company was suddenly forced to stop using Parker’s patented clip – leaving the company with a glut of spare parts which were hastily modified into a nose-drive pencil with a cheap z-clip, stamped with the Laughlin name and shipped out to meet an order.

I need to see that case file in Rhode Island . . .