It’s been awhile since I’ve had time to post here, since my gig as editor of The Pennant has taken a pretty big chunk of my available hobby time.  Now that the clouds are starting to lift and my last issue under contract is approaching, I was browsing around in the museum taking stock of all the wonderful things I have to show you.  I may have stopped posting, see, but I haven’t stopped acquiring stuff.

I have reached the point where if a new addition is just another color in a series, or just another minor variation on a theme I’ve already told you about it, I’ve filed it away without photographing it.  All the others waiting to be photographed and discussed here have generally been landing in one printer’s cabinet.  I thought it would be fun before I delve back into things to show you what’s been accumulating during this last hiatus.

Starting from the top drawer, these are things that showed up in my mailbox after a few weeks on eBay over the winter: 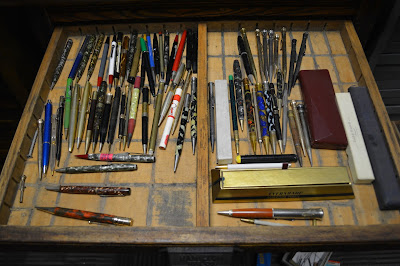 Next are mostly Dur-O-Lites on the left with some random German stuff, while on the right are some things that came from online auctions and a couple items from the Chicago show – that’s the 2015 show: 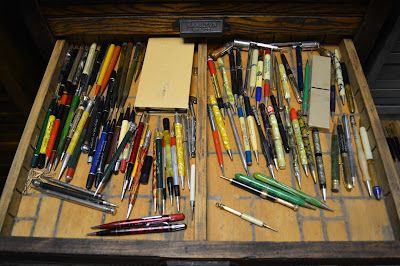 The next drawer has a few things which came from a collection that was offered to me online: 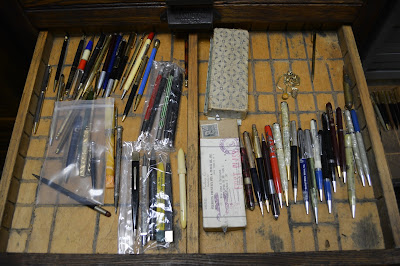 Here’s more from that same collection on the left.  On the right are things which came from the “mother lode” I picked up at the Philadelphia Pen Show – again, from 2015: 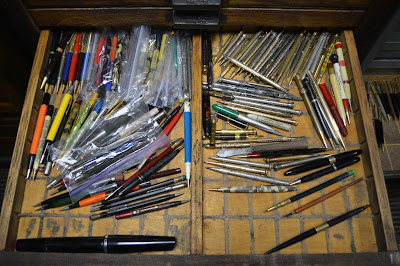 On the left are some online finds.  On the right is the 2015 Baltimore show stuff: 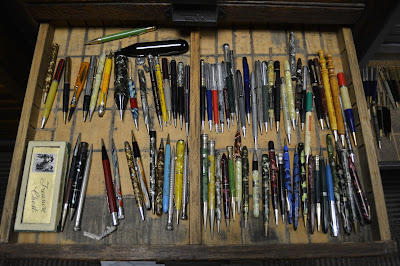 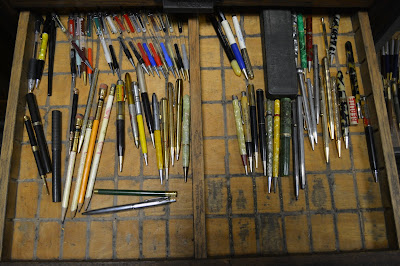 I don’t even remember where this next drawer of stuff came from.  On the right I’ve been grouping together some Ever-Rite and Sta-Rites: 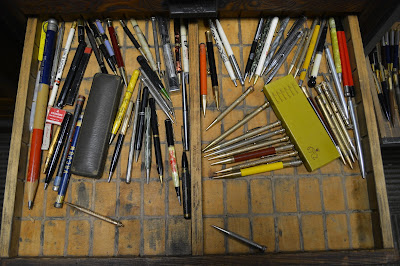 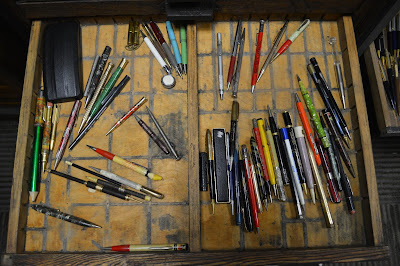 I should get stock in eBay: 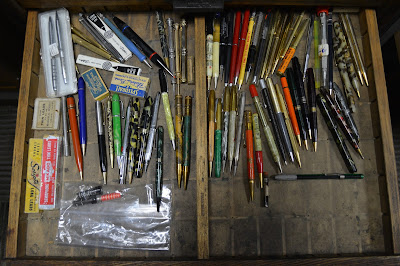 Here’s Chicago 2015 on the left, and I’ve been loosely pulling together Rite-Rites on the . . . rite: 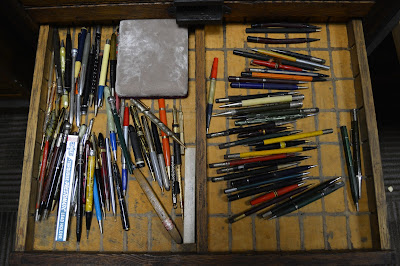 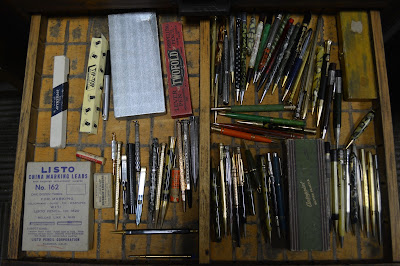 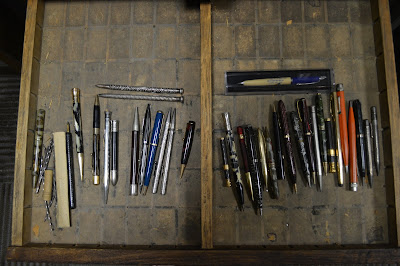 I got on a German pencil kick at the beginning of this year, so that’s mostly Pelikans on the left.   On the right is more online finds and the things I brought home from the Springfield (Ohio) Extravaganza last month: 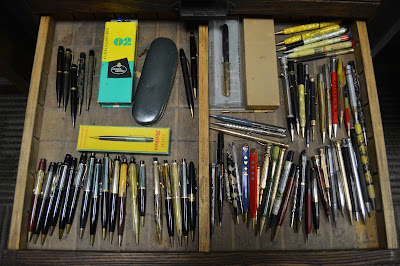 And then there’s the stuff that hasn’t made it into the cabinet yet.  The stuff on the left is a mix of show and tell stuff I took to Raleigh a few weeks ago and the things I found there.  There’s some online finds piled hastily on top, and the rest of my Raleigh stash is under that flap. 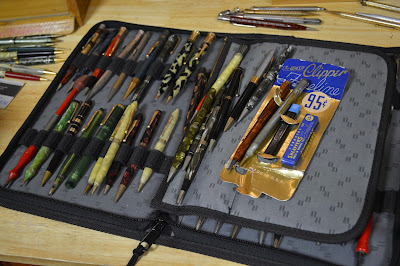 Add to all this unphotographed stuff all of the things I’ve managed to get photographed but haven’t written about yet, and fear not – I suspect if I never bought another pencil, I’d have enough to write about for many years to come.

What’s nice is that out of all these, I know exactly which one I’m going to write about first . . .

That first article is here.
Posted by Jon Veley at 3:45 AM

Email ThisBlogThis!Share to TwitterShare to FacebookShare to Pinterest
Labels: Backlog