Everybody and Their Brother - Part One

I’ve had the title of this article written for years, but I’ve just never gotten around to pulling together the article that goes with it.  Today’s topic is ruler pencils, such as these: 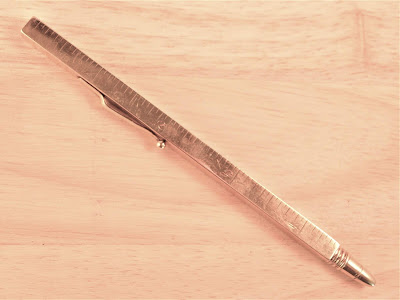 On the side of the square barrel, note that there’s a ruler.  A 4-inch ruler would be handy enough, but pull on the nose and there’s much more here than meets the eye: 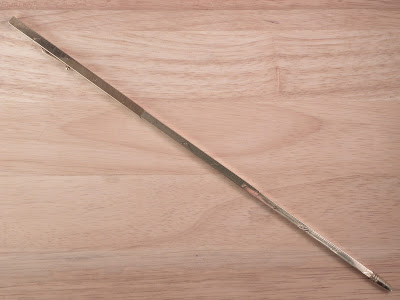 This is a pretty old picture, taken maybe seven or eight years ago.  David Glass had it at the DC show in 2013, if I recall correctly, and while I couldn’t stomach the asking price, he was kind enough to allow me to photograph it.  The reason the price held me back is found on the back side of the pencil: 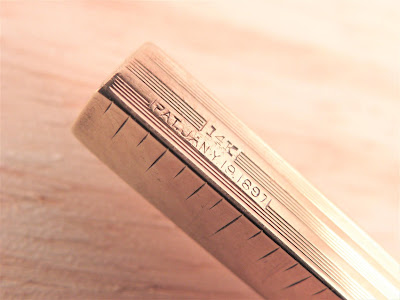 It’s 14k, and there’s an awful lot of it in there.  I just hate paying gold value!  Note also the patent date of January 19, 1897.  There’s no manufacturer’s hallmark on Dave’s pencil, but the clip, with that little curl up at the ball end, provides a clue as to who manufactured it: 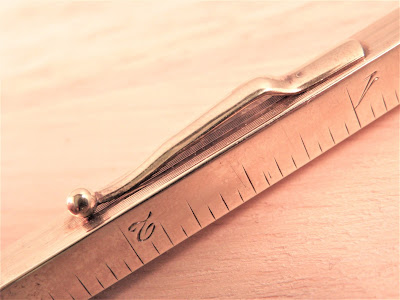 I have other examples along these lines, although the ones in my collection are sterling, both with and without that turned-up clip: 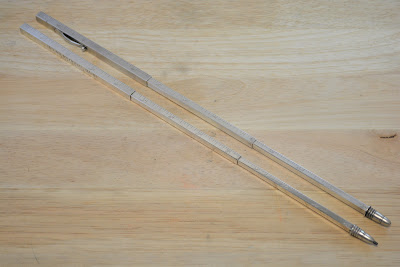 These have that same distinctive rounded nose: 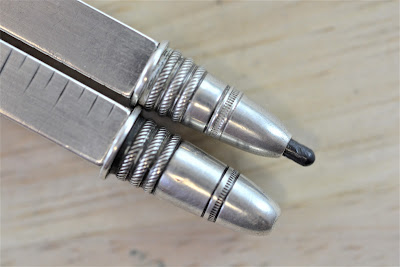 And, together with the 1897 patent date, an Edward Todd hallmark: 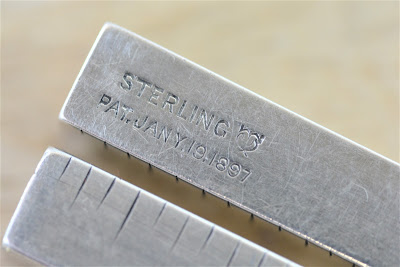 I have a couple ringtop examples too, one of which has a two-inch starter section and one that is three inches: 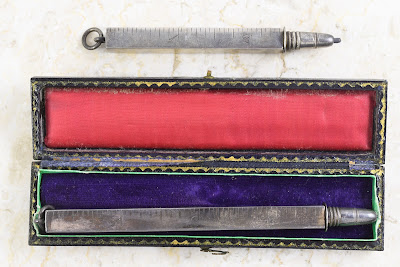 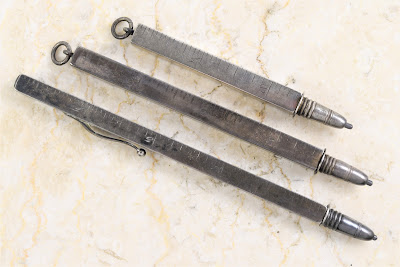 The three-inch ringtop, though, is deceptive – it has four sections rather than the normal three, so when extended it is just as long as the full length model: 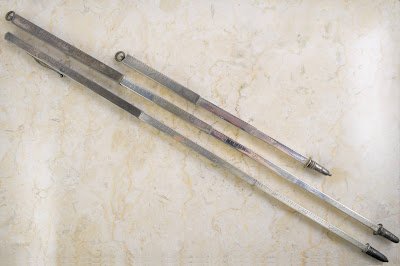 One of the reasons I kept getting hung up every time I sat down to write this article was that I was getting stuck finding the patent associated with January 19, 1897.  Even after writing two patent books to make the process easier, it seemed like every time I went to lay my hands on it, I couldn’t locate that Edward Todd design patent.

Yes, the patent is in American Writing Instrument Patents 1799-1910.  There’s two reasons I couldn’t find the Edward Todd design patent I was looking for: it isn’t a design patent, and Edward Todd’s name isn’t associated with it. 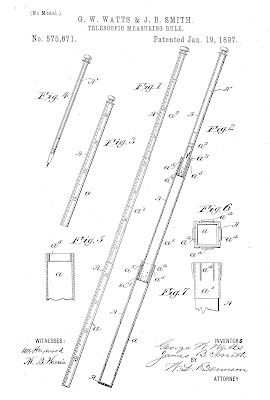 George W. Watts and James B. Smith, both of Brooklyn, New York, filed an application for a utility patent, rather than a design patent, for a “telescopic measuring-rule” on May 23, 1895, and patent number 575,671 was issued on that familiar date of January 19, 1897.  There is no indication on the face of the document that it was ever assigned to Edward Todd & Co., although I’ve never seen any other manufacturer’s name on a ruler pencil bearing this date.

Still, something was nagging at me.  I was absolutely certain I had seen a design patent with Todd’s fingerprints on it, and I was absolutely positive I had included it in my patent books – but nowhere was it to be found in American Writing Instrument Patents 1799-1910 . . .

Depending on how you landed on this article, it might be difficult to find Part Two.  The direct link is https://leadheadpencils.blogspot.com/2020/03/everybody-and-their-brother-part-two.html.
Posted by Jon Veley at 3:45 AM