The Reason I Wrote the Trademark Book

“That must have been a lot of work,” is the first thing most people say when they see American Writing Instrument Trademarks 1870-1953.

Yes, I tell them.  Yes, it most certainly was. 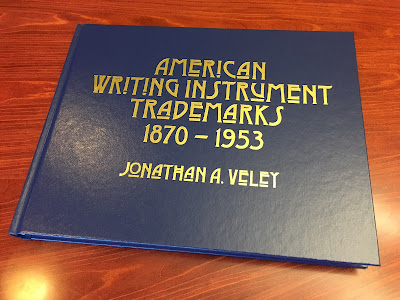 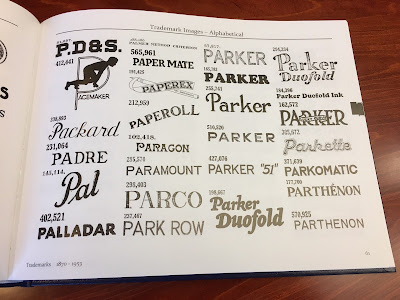 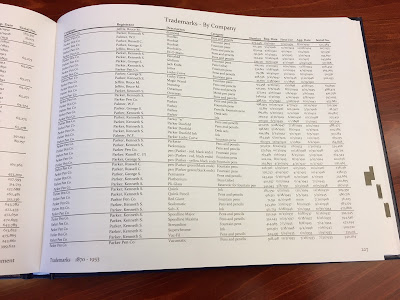 The logical follow-up question, one which most people don’t ask, is what on earth possessed me to take on such a project, let alone to spend nearly every spare moment for three months researching and writing it.

The short answer is that I needed this book and it didn’t exist, so I wrote it.

For years the lack of a viable resource documenting trademarks for pens and pencils has mildly annoyed me as I’ve researched articles here.  I wanted more information about the Rite-Rite trademark, but I couldn’t find anything more than what I posted.  Google’s snippet views for post-1922 trademarks are infuriating in two respects: it tells me that this information has been preserved in digital form, but that the good folks at Google haven’t figured out that government publications are not protected by copyright and could be made available.

As you might suspect, there was a flashpoint – the straw that broke this camel’s back.  There was that one bit of information I desperately wanted to find, which caused me to finally say enough is enough and sent me on a three-month detour out of life to stop everything, start from scratch and put something together that would end my frustrations with trademark research once and for all.

This was that flashpoint: 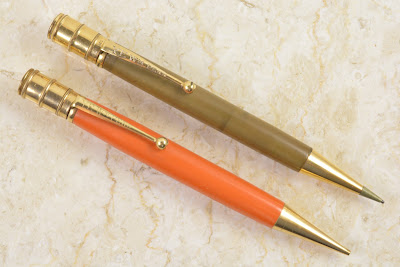 I’ve seen these a few times over the years, but in recent months I finally had the opportunity to acquire two of them, in nearly back-to-back online auctions.  The clips are marked “Ye Wm Penn”: 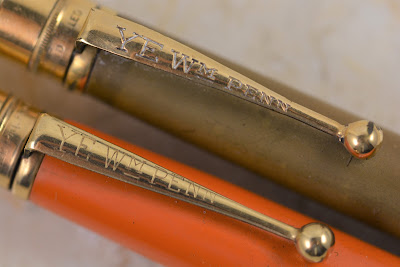 Both of these are Rex Manufacturing Company products, and they are early ones.  The red one is marked only with McNary’s February 19, 1924 patent: 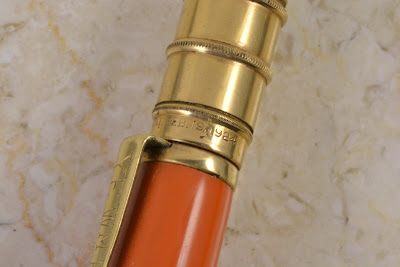 While the black hard rubber example has the August 5, 1925 patent date: 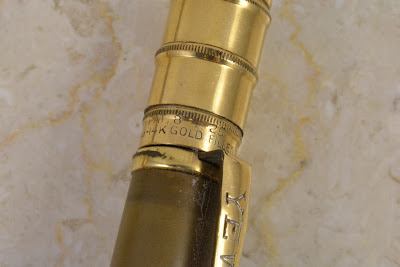 As a Rex Manufacturing Company fan, I started researching to see what I could find out about the “Ye Wm. Penn,” and what I found had me begging for more: 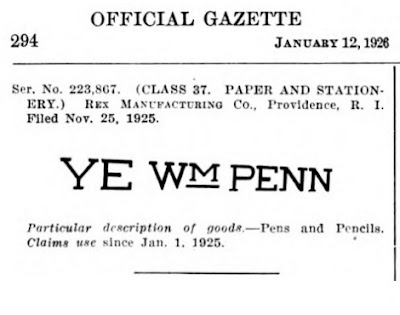 Nearly everything Rex made in the way of writing instruments were made under others’ names, most notably under the Gold Bond label for Montgomery Ward and the Gold Medal brand for Sears.  Yet here was evidence, from the January 12, 1926 edition of The Official Gazette, that Rex applied for a trademark for “Ye Wm Penn” as a mark for its own products, with a claim to have first used that mark since January 1, 1925.

I wanted more: I knew the trademark registration certificate would contain more information, but I couldn’t find it.  The Trademark Office has a search portal called “TESS,” but since old abandoned marks have been largely purged from the system, that search turned up nothing.

That was the morning of February 6, 2017.  When I got home from work that night, I started poking around – not for the Rex trademark specifically, but for where these records have been documented and preserved.  Three months and more than 2,200 trademarks later, I had my answer: 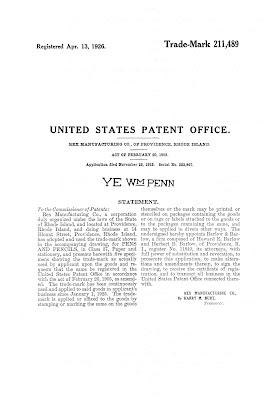 The trademark for Ye Wm Penn was ultimately granted registration, as number 211,489 on April 13, 1926.  Harry M. Burt signed the application as Treasurer of the Rex Manufacturing Company, and the address of the company was 14 Blount Street, Providence, Rhode Island.  Unfortunately, in this case, both of these things I already knew.